Had a very peaceful time on a mooring in Black Sound on Green Turtle Cay as the Front passed through followed by a week of 20 knot winds gusting 30 knots. Spent most days doing things on the boat in the morning and having long walks on the beautiful beaches 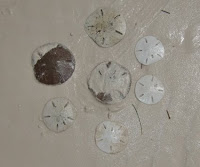 J was tempted to have a dip.

The few people one meets seem to have become addicted to hunting for Sand Dollars, the skeleton of a very flat disc shaped animals that lives in the sand - we joined in. 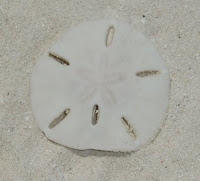 hibian plane next to a house on the beach (understand the owner lives in the USA and flies in from time to time.

There are quite a large number of new large holiday homes ready for sale. 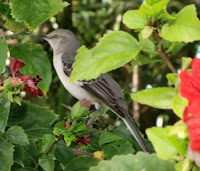 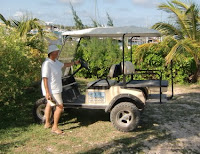 ere are a few cars on the island but the main form of transport is the beefed up Golf Cart.

In the New Plymouth, the only settlement on the island there is a Memorial. Laid out in the form of a flag which partly resembles the Union Jack, the memorial remembers the exile of t

he Loyalists who escaped persecution at the hands of the Confederates after their final defeat in Yorktown in 1781 in the American Revolutionary War. Many descendants of these loyalists are still resident here in the Abacos.
Posted by dutchlink at 12:44