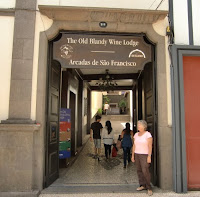 During our stay in Madeira, we visited the old Blandy Wine Lodge - one of the places where the famous Madeira fortified wine is still made. 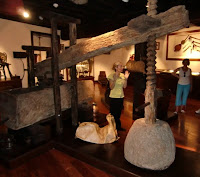 Memories of Brasil are rekindled by visiting the Cassino hotel complex in Funchal - designed by the famous Brasilian architect Oscar Niemeyer. Born in 1907 in Rio de Janeiro, he played a major role in the development of Brasilia and also designed many buildings in Rio de Janeiro as well as the UN headquarters in New York.

For several days, Funchal and the the island as a whole was transformed into a car rally circuit.

hairpin their way up and down the mountainous island. 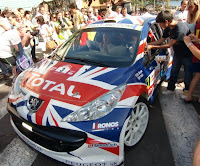 Many nationalities took part including a UK competitor.

A straight stretch of road more than 100 meters long is hard to find except on the relatively recent expressways which tunnel their way through the mountains. 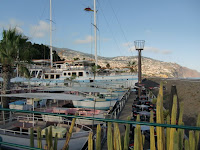 Everyday we passed a restaurant at the side of the marina whose centrepiece is a yacht which used to belong to the Beatles pop group.


Had a lunch (had Espada, the sharp toothed deep water fish which looks like a black baracuda and is very popular in Madeira) in the

famous by Sir Winston Churchill having spent some time making a painting of the port.


Several small fishing boats were hauled out on the slipway with fish hanging on lines to dry in the sun and wind.

To the west of the port are the 580 metre high cliffs of Cabo Girao, reputed to be the second highest cliffs in the world (Norway holds the record). 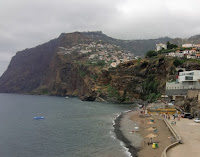 The village of Monte in the hills overlooking Funchal , famous for its wicker sledge rides, came to life during our stay with the feast

of the Assumption. The village was crowded with families making their pilgrimage to the Church of Our Lady of Monte.

Entertainment was provided for the kids. 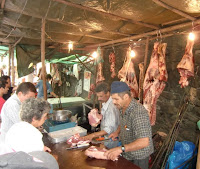 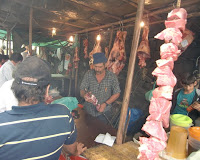 Whole carcasses hung in the stalls from which sizable pieces were sawn off. 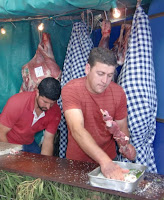 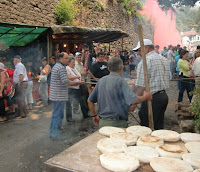 After purchasing, one barbequed one's espetada over wood fires.

Before making the pilgrimage to the church up the 74 decorated 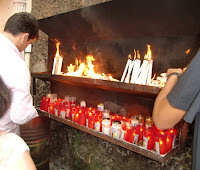 stone stairway, a good trade was done in selling candles. 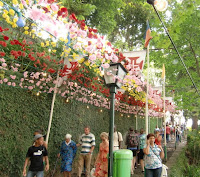 the faithful - he sold the candles which were then lit and placed in a special steel trough. The resulting melted wax continually drained at one end of the trough into a container and was then remolded into candles - very cost effective business.