27 November Chris and Tasha arrived in Fuerteventura on the Thompson flight from Gatwick. 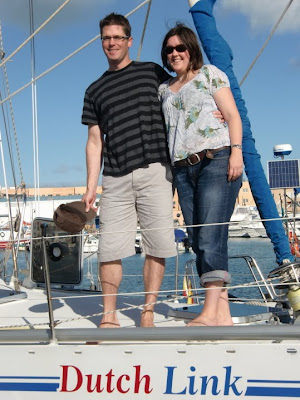 Spent a day touring the island 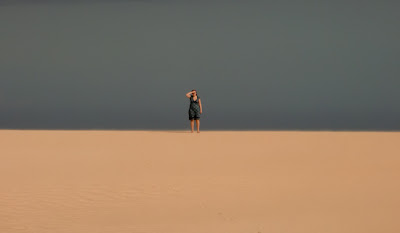 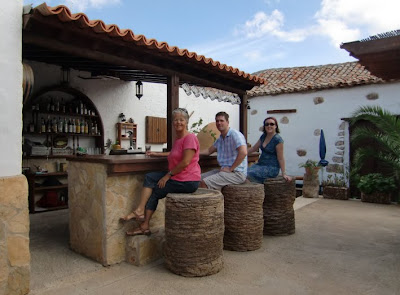 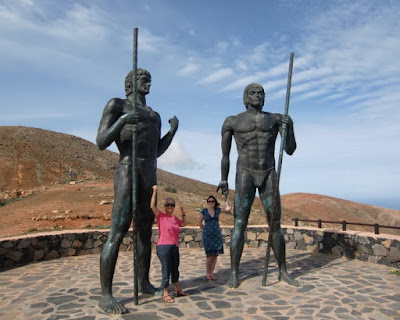 Had a pretty rough night on board Dutch Link on Monday 29 November as the expected depression closed in on us with winds gusting to 55 knots from the SW - waves broke over Dutch Link in Corralejo marina even though there was only a couple of hundred meters fetch.

By Wednesday 1 December the weather became pleasant again and we could at last leave the harbour. 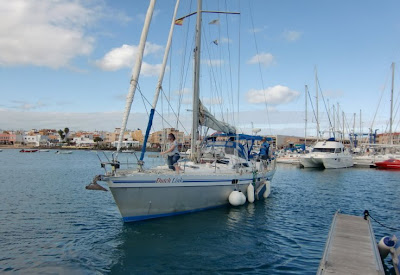 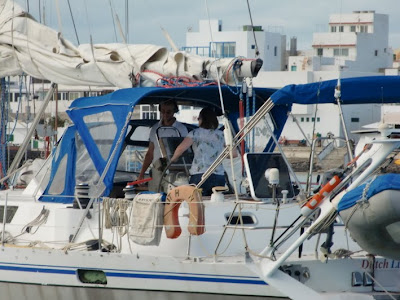 Had a superb sail close hauled in a NW 4 Bft with blue skies - perfect. 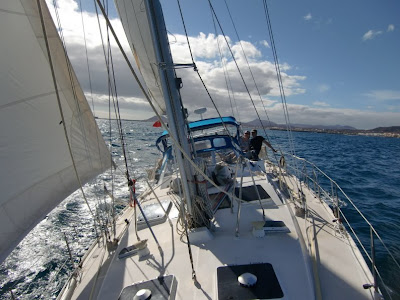 Some fishing was attempted but, unfortunately without success. 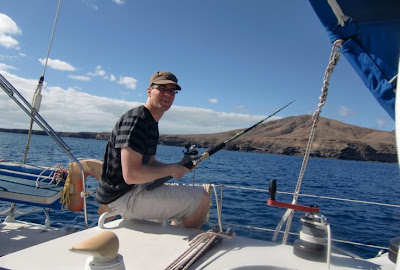 After anchoring for a swim, moored in Puerto Calero on Lanzarote. On Thursday, Chris and Tasha toured the island in a rented car visiting the wine producing areas and , of course visiting the various Caesar Manrique sites.

3 December had a downwind sail back to Corralejo.

During the holiday Chris enjoyed several exciting windsurf sessions off Flag Beach about 30 minutes walk from the marina. 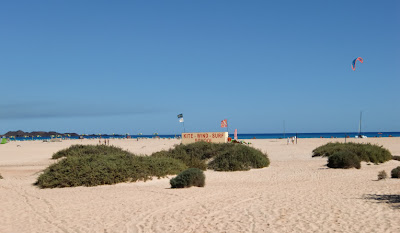 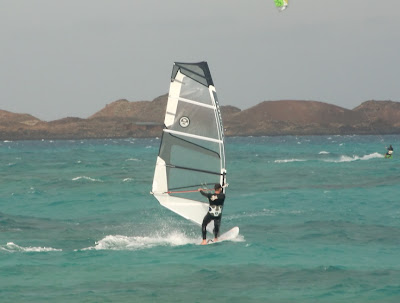 At times the many kite surfers (at one time counted 15 ) were a bit of a nuisance.


All too soon the holiday was over and on Saturday 4 December it was time to take Chris & Tasha back to the airport for their 13.25 hrs flight. Gatwick airport had been closed a few days earlier due to snow so we were wondering if the flight would be on time. On checking the web, however, we found there was a different problem - the Spanish Air Traffic Controllers had decided that they did not agree to the Government passing a law on Friday increasing their working hours as one of the austerity measures. So to everyone's surprise, they decided to go on strike. The Government then passed a law forcing them to resume work immediately or be imprisoned so by 2000 hours we were back at the airport and Chris & Tasha made it home by 0300 hrs Sunday morning.
Chris quite enjoyed the delay as he used the time with an extra windsurf session - probably the best of the holiday.

We are, 7 December, still in Corralejo awaiting the passing of yet another depression - not as severe as the previous one but the winds are expected to remain southerly until Saturday - our first opportunity to sail to Las Palmas, Gran Canaria.
Posted by dutchlink at 21:26