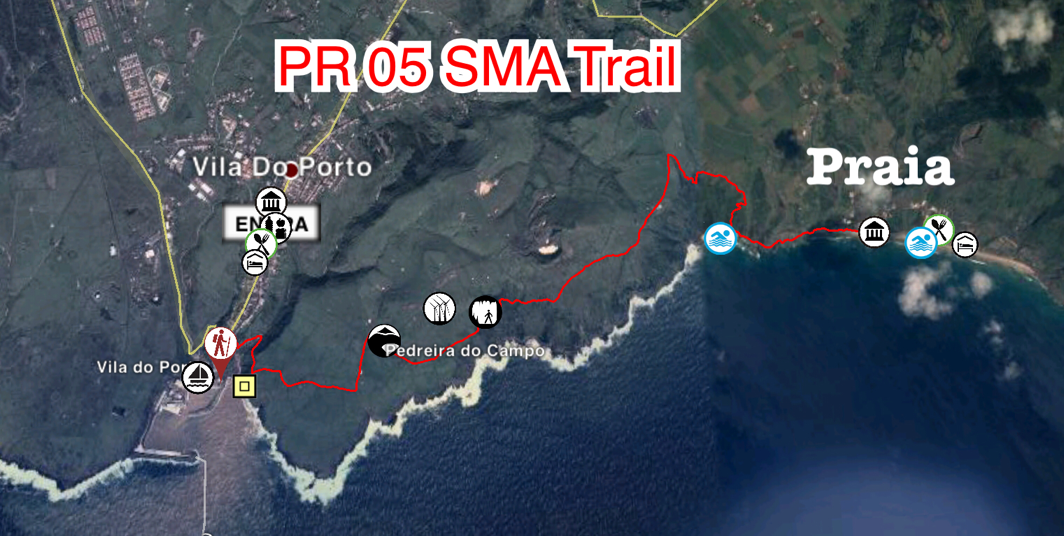 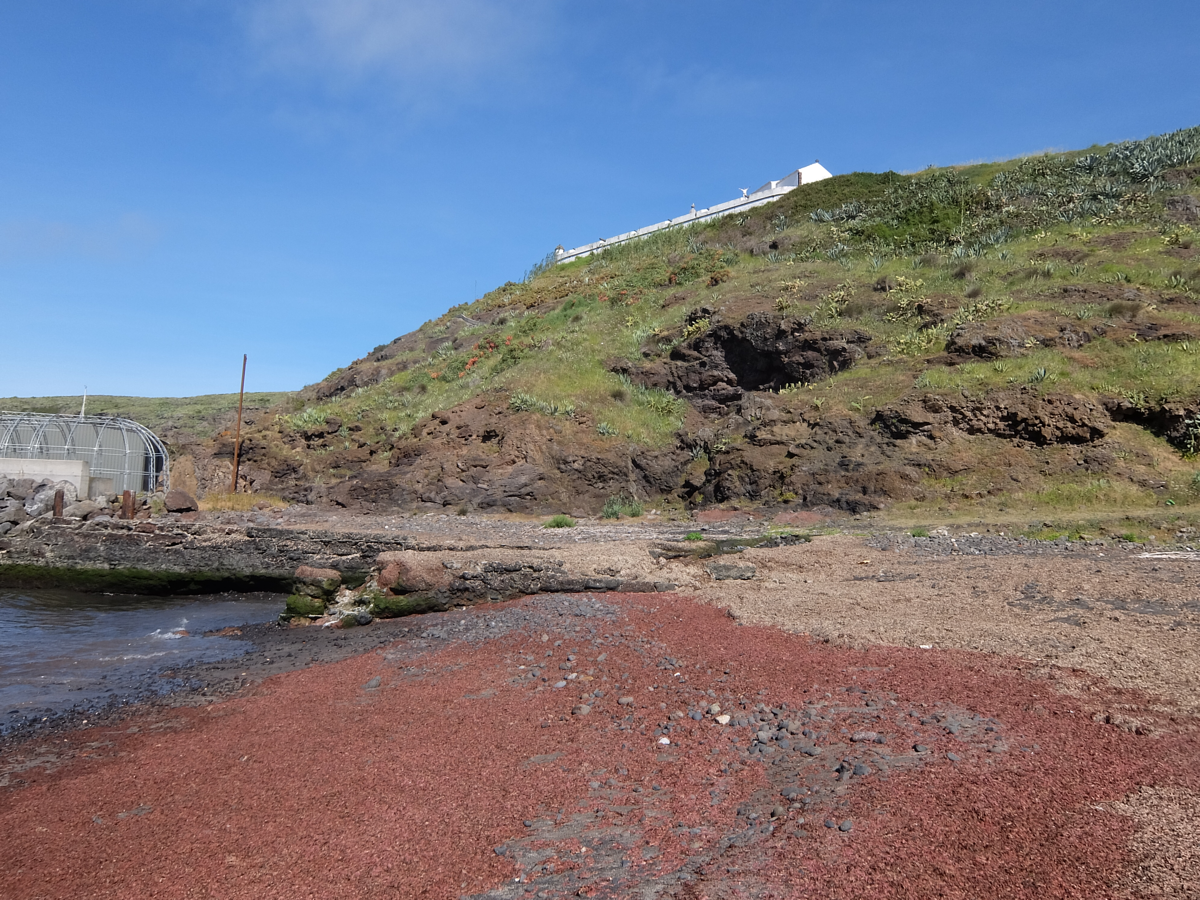 Crossing the small stream on the other side of the beach 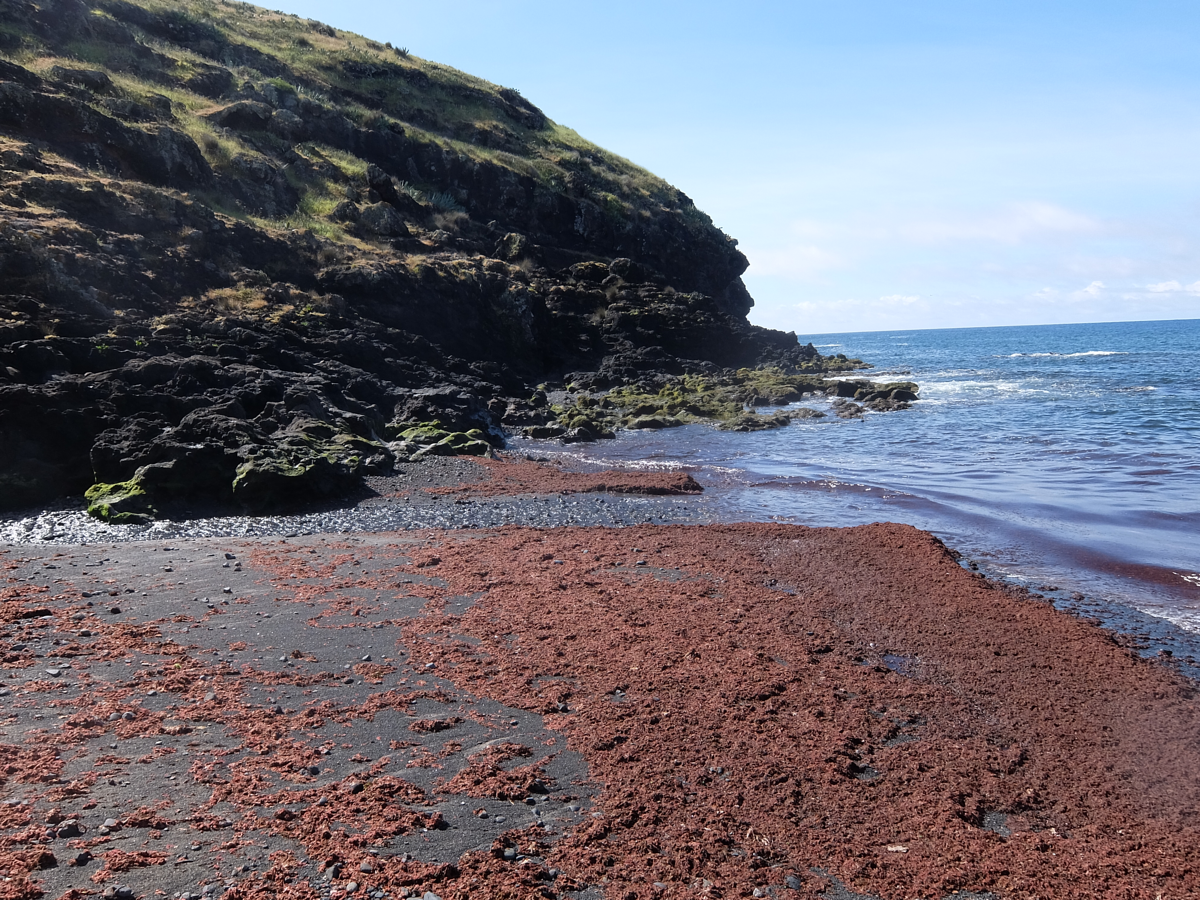 Eventually joined the official trail, with views of Vila do Porto on the other side of the valley 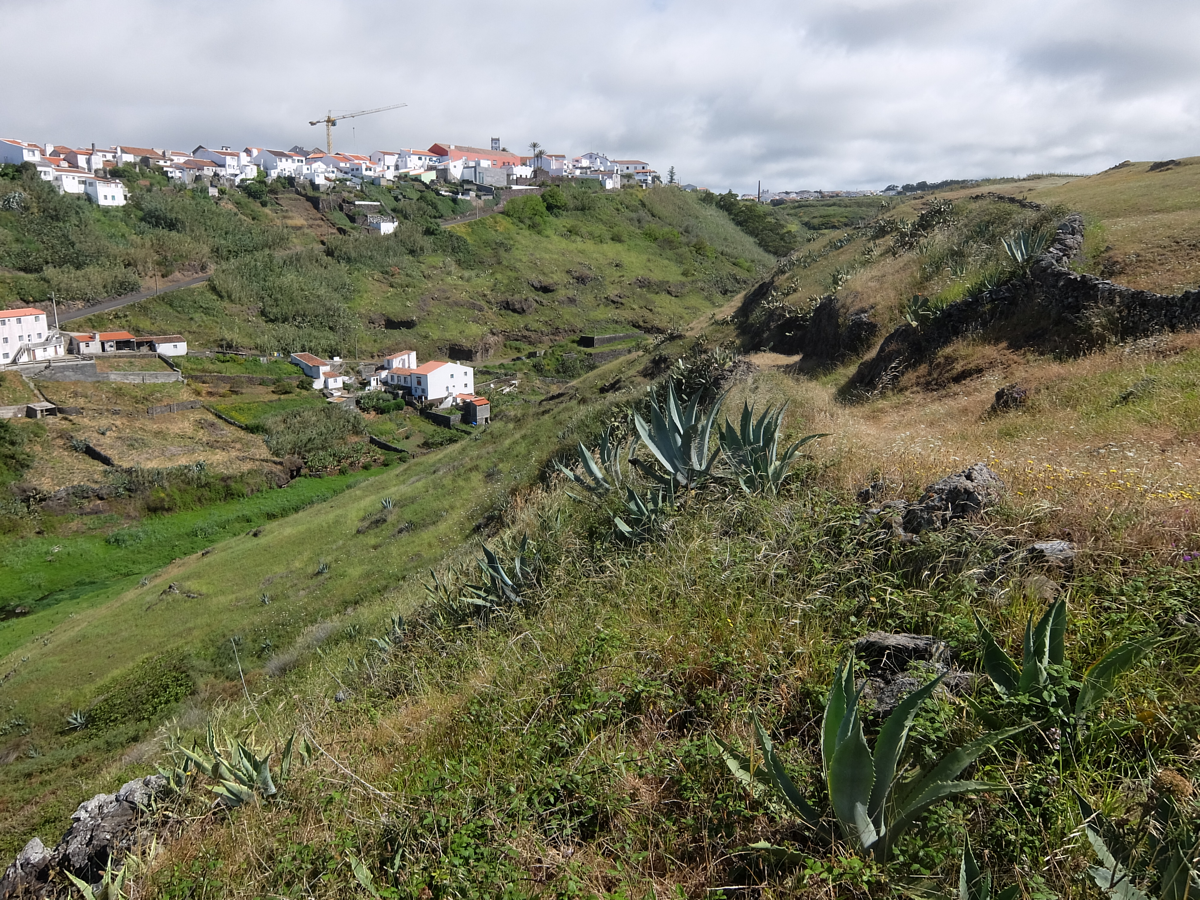 View of Vila do Porto marina 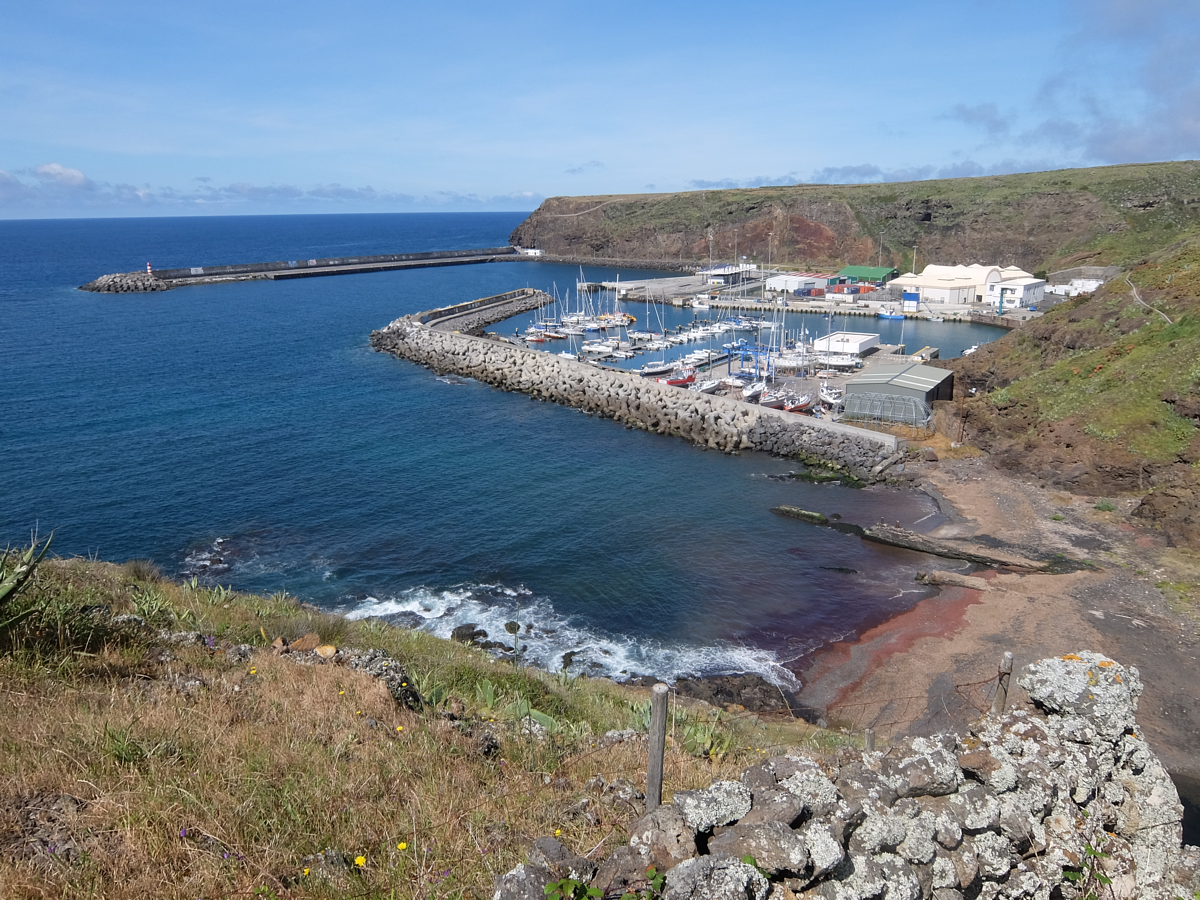 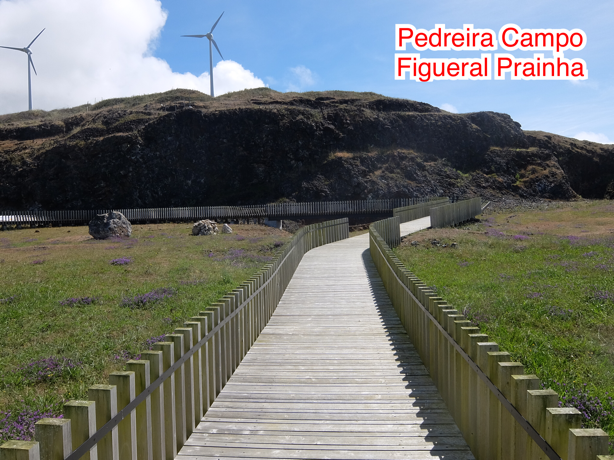 This is an ancient quarry where building materials - Limestones and sandstones used to be extracted. Sedimentary rocks are rarely found in these volcanic islands. The rocks have abundant fossils 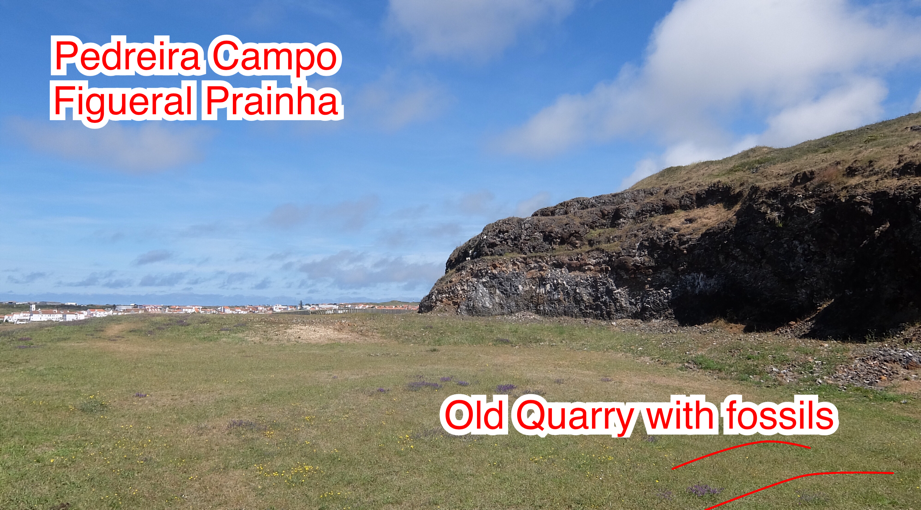 Shortly after the quarry, the trail enters some woods and goes past some old man-3made caves which were used to extract limestone 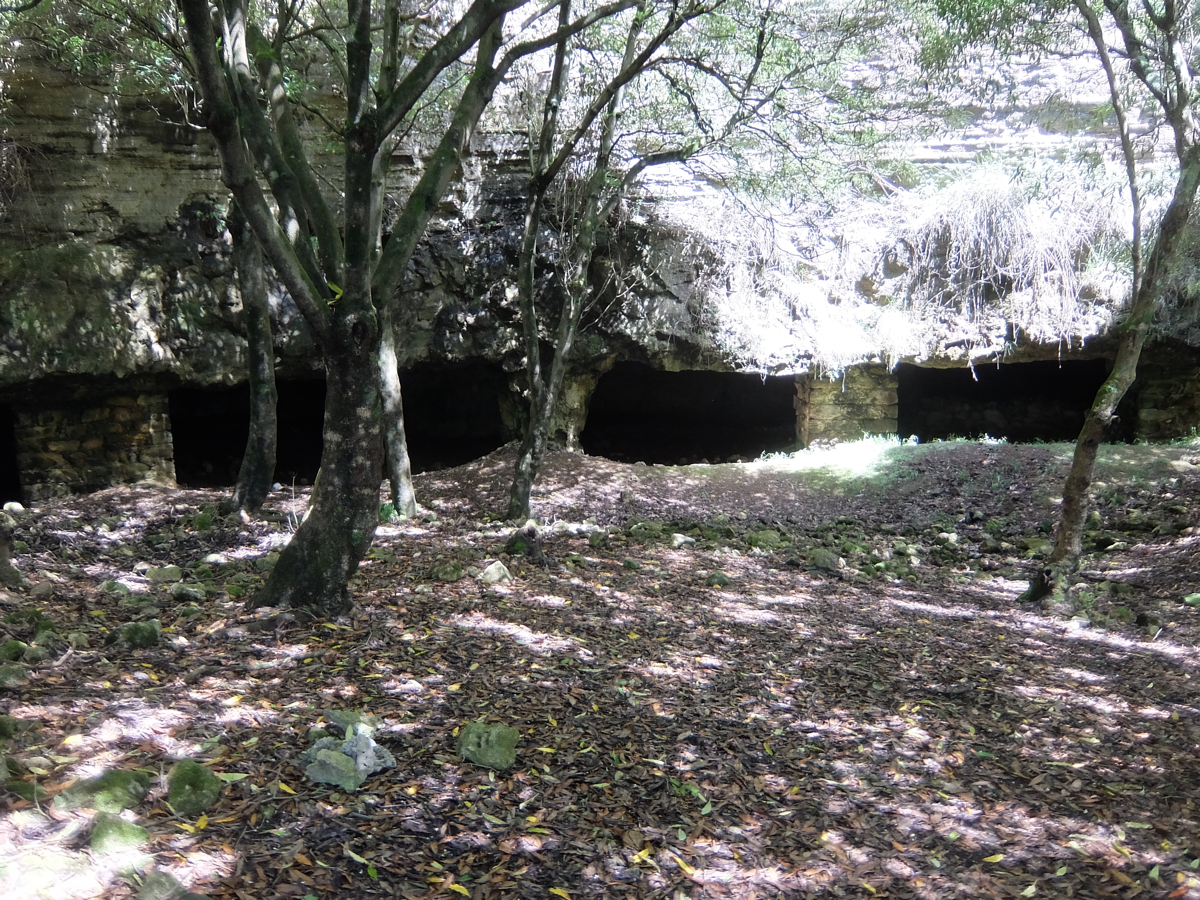 There are stunning coastal views along much of the trail 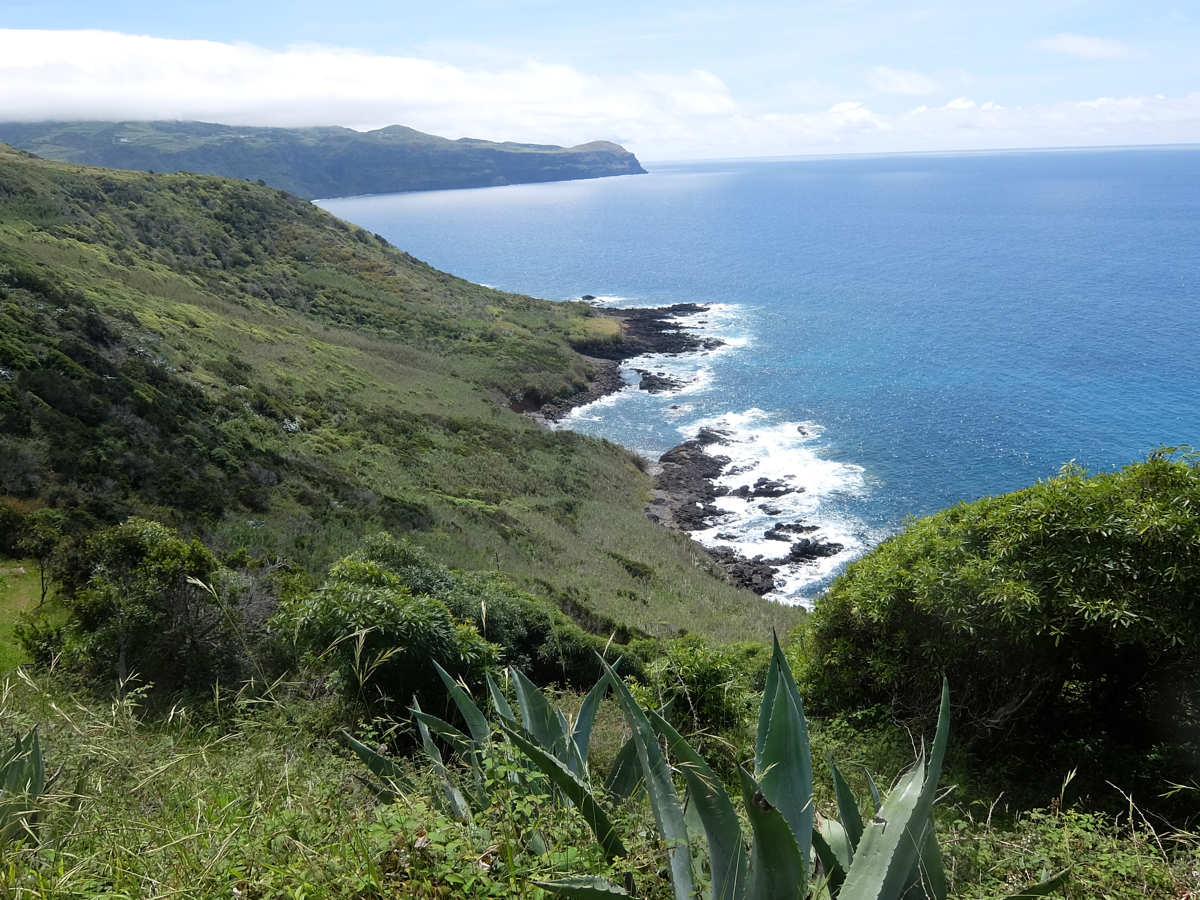 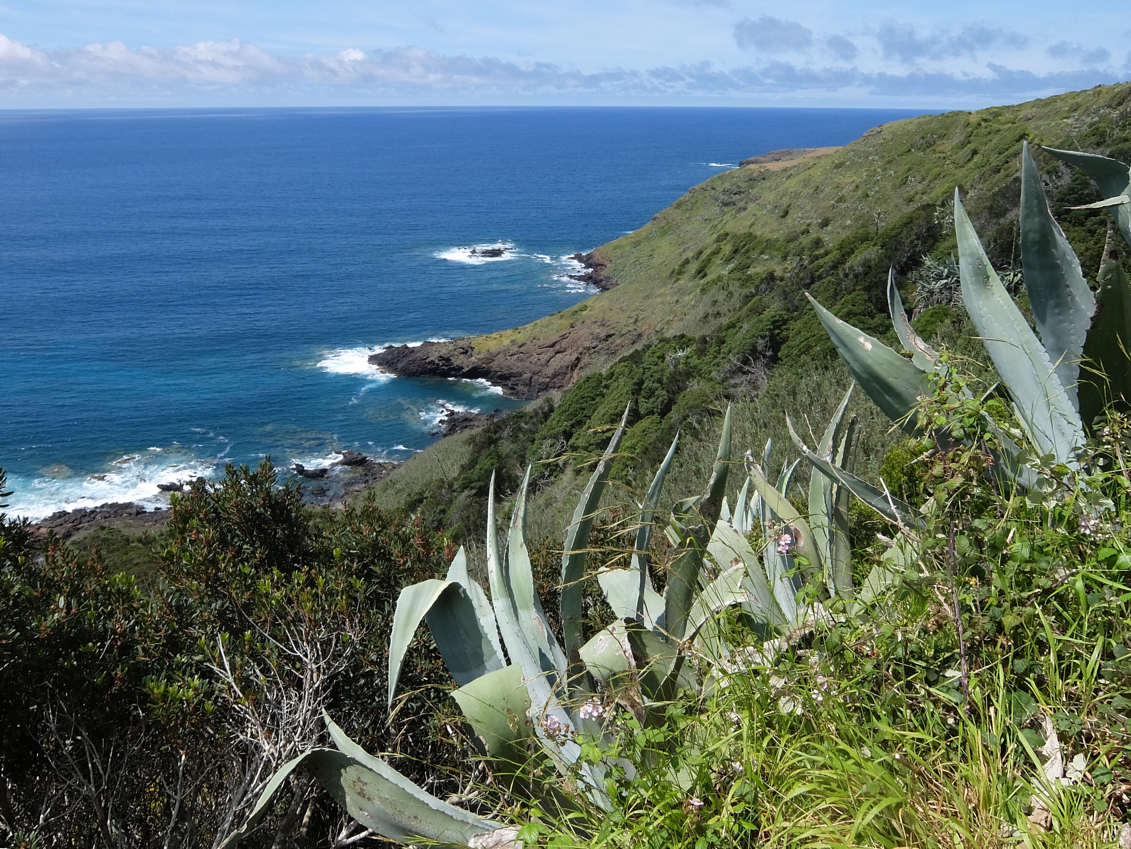 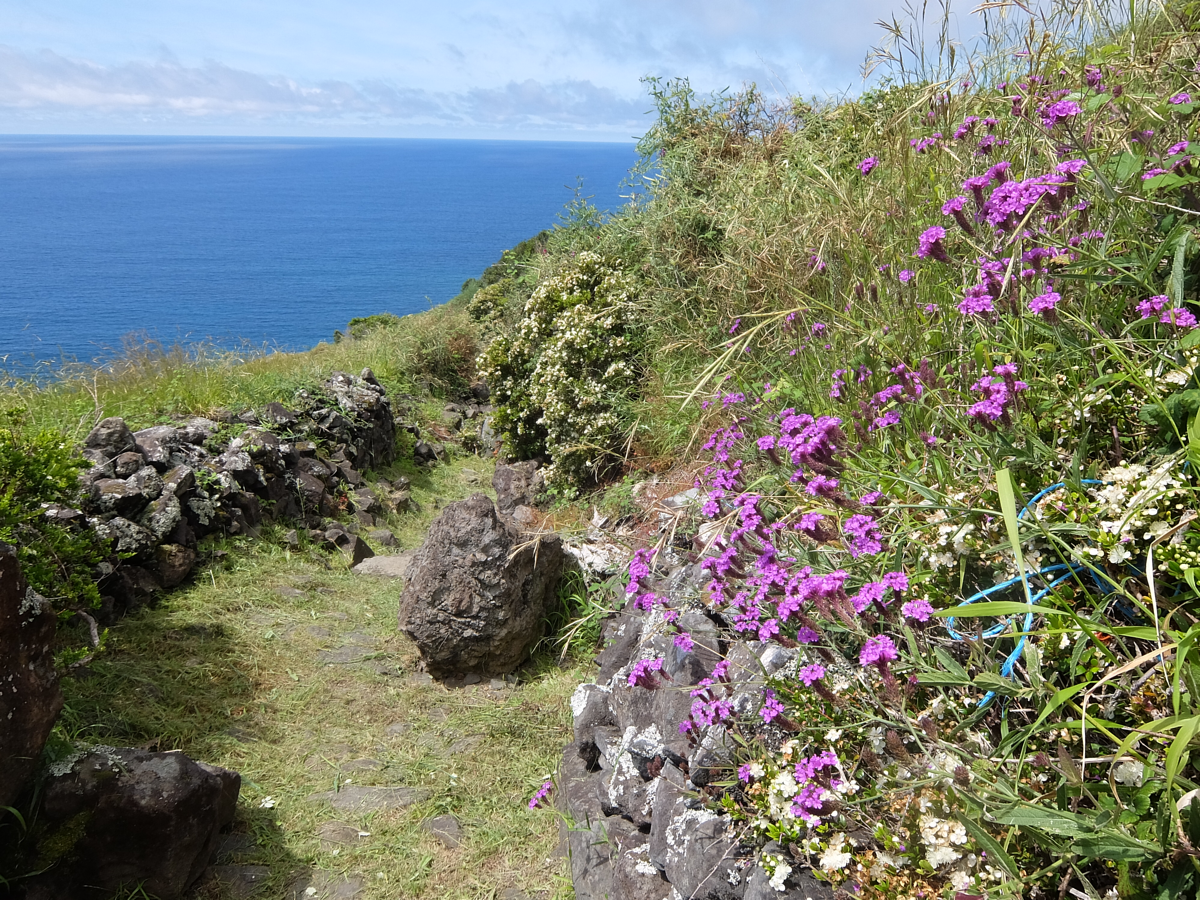 The coastal town of Praia comes into view - 1 1/2 hours from the marina. Here, I decided to retrace my steps and return to the marina. 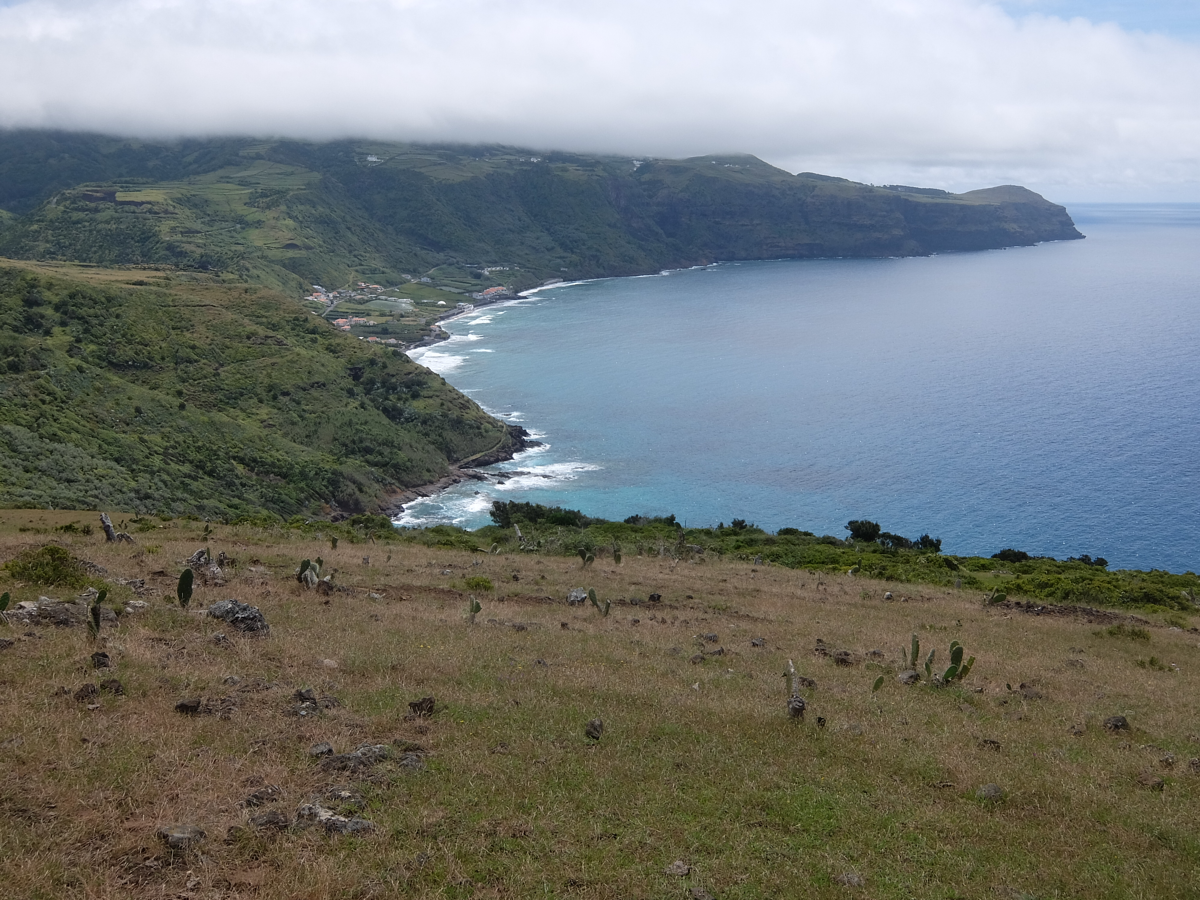 On 12/6/17 I repeated the hike with Theo & Michelle from S/V Faja Lobi, but this time continued down to Praia and took a taxi back to Vila do Porto. This time we started the hike at 1200 hrs . 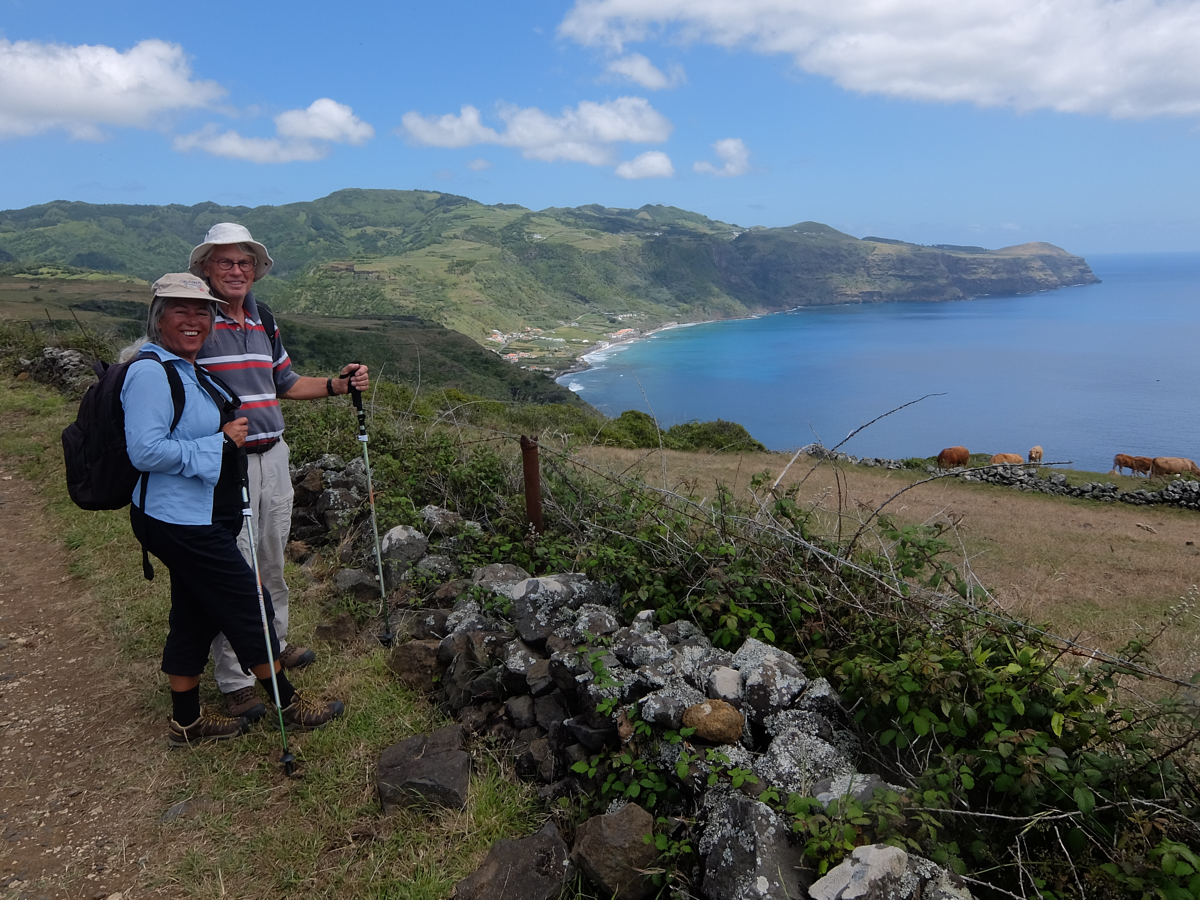 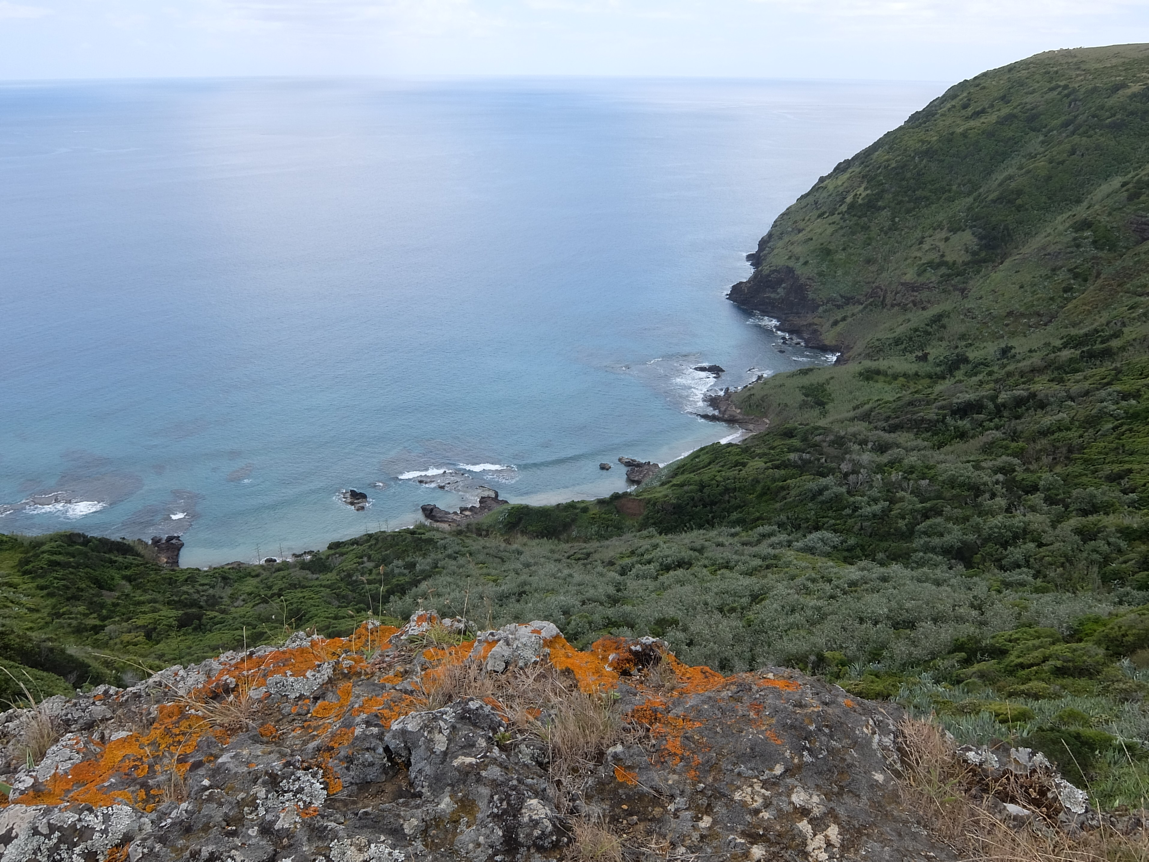 After steep undulating descents , the trail reaches the beach 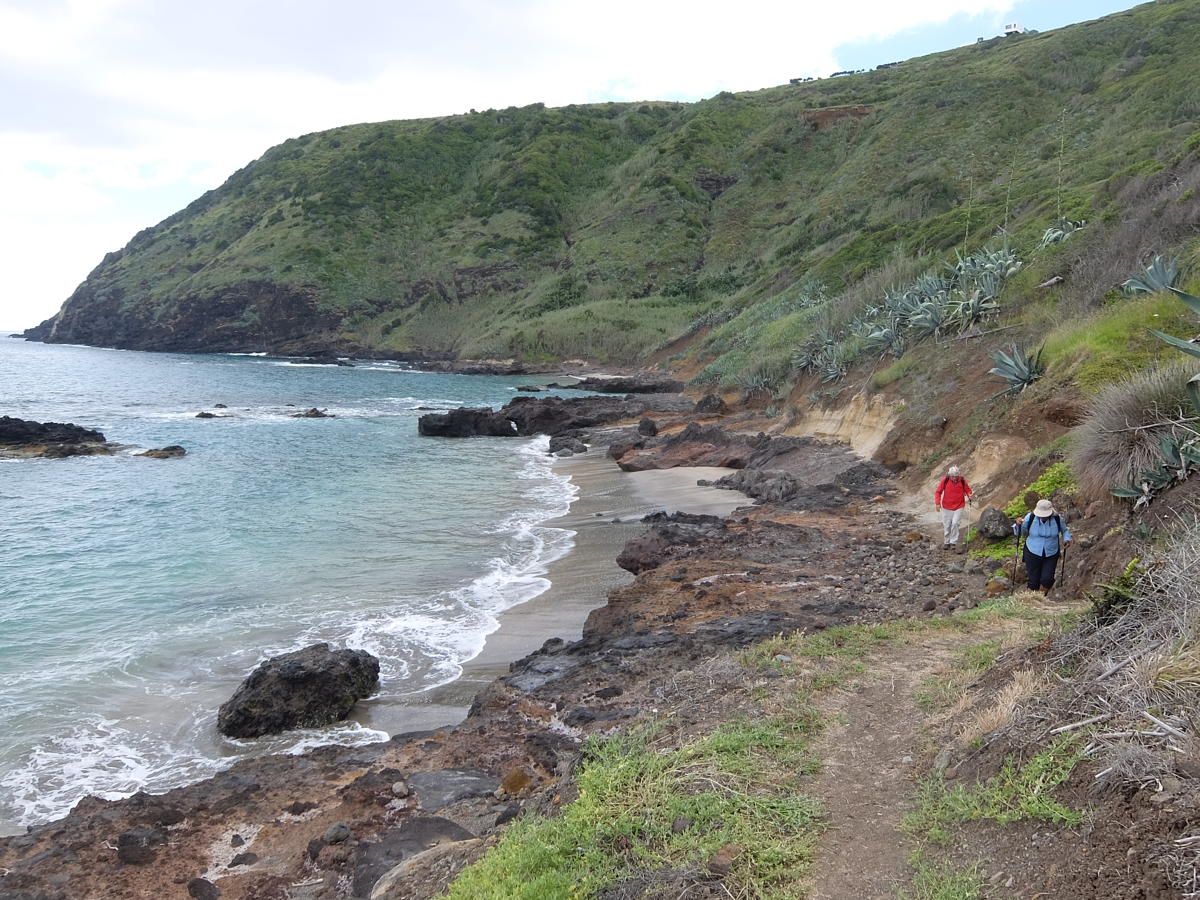 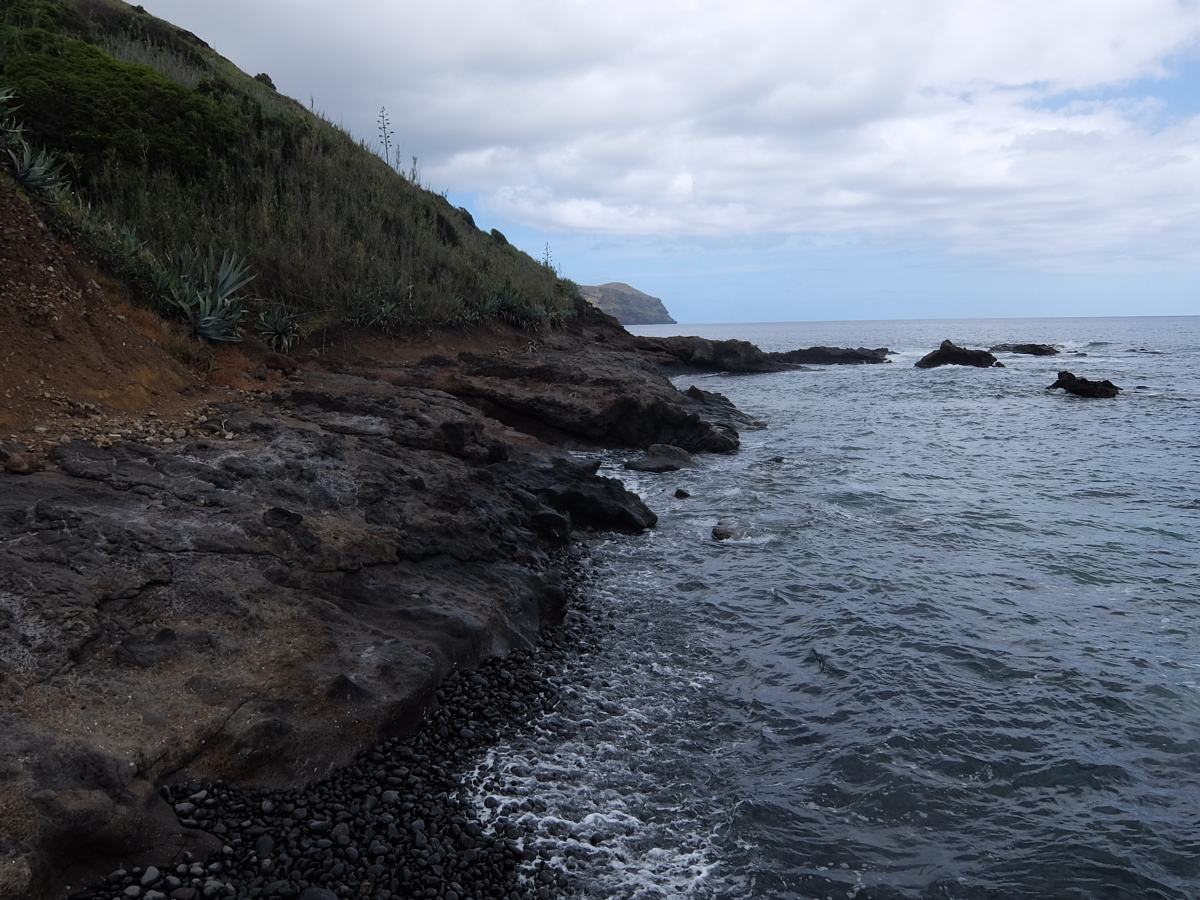 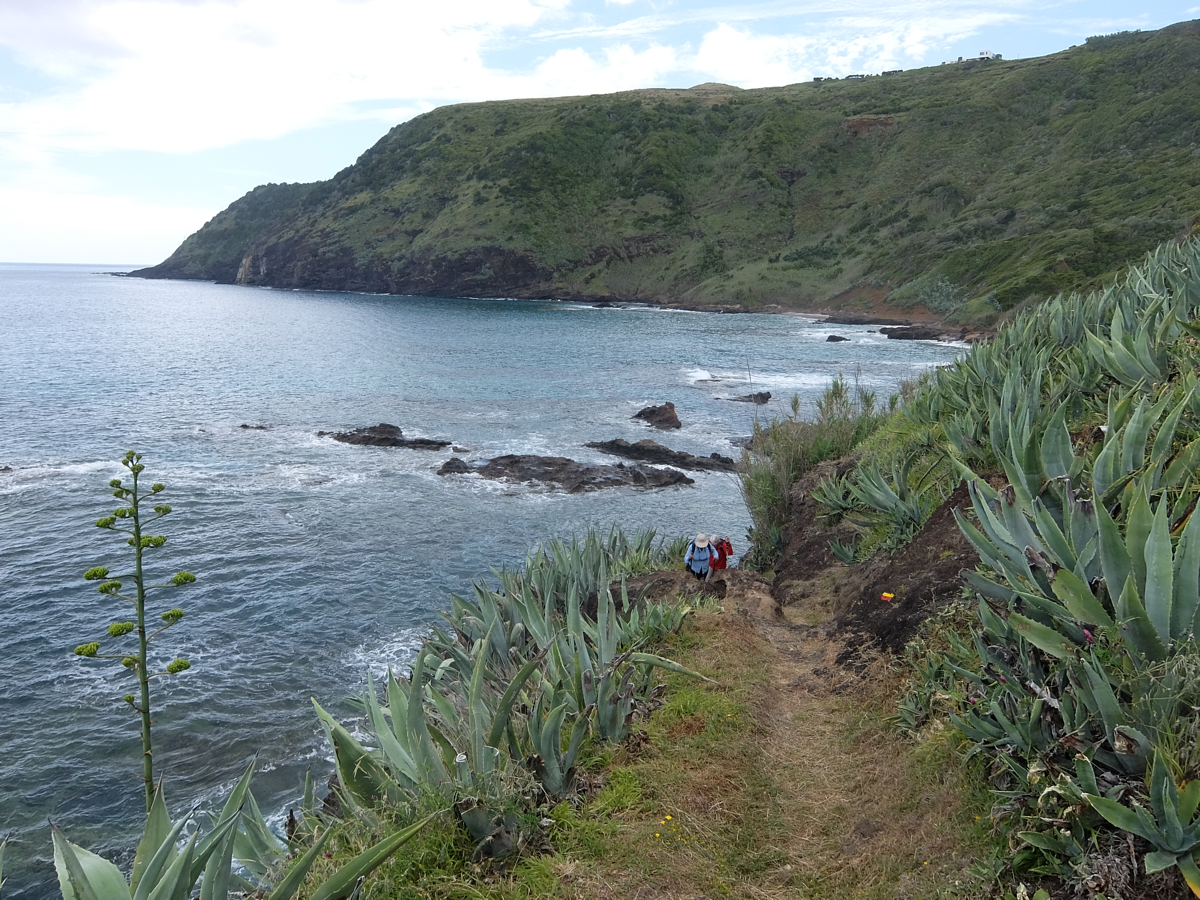 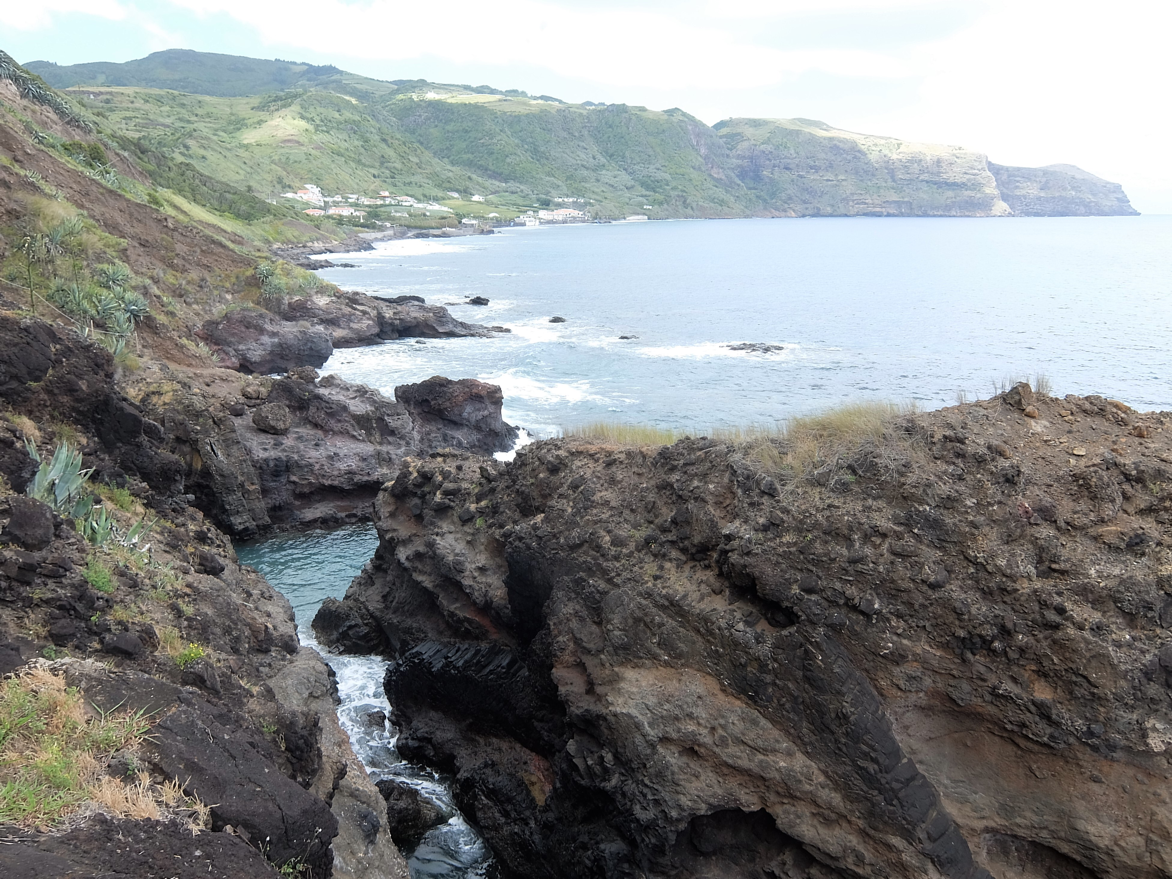 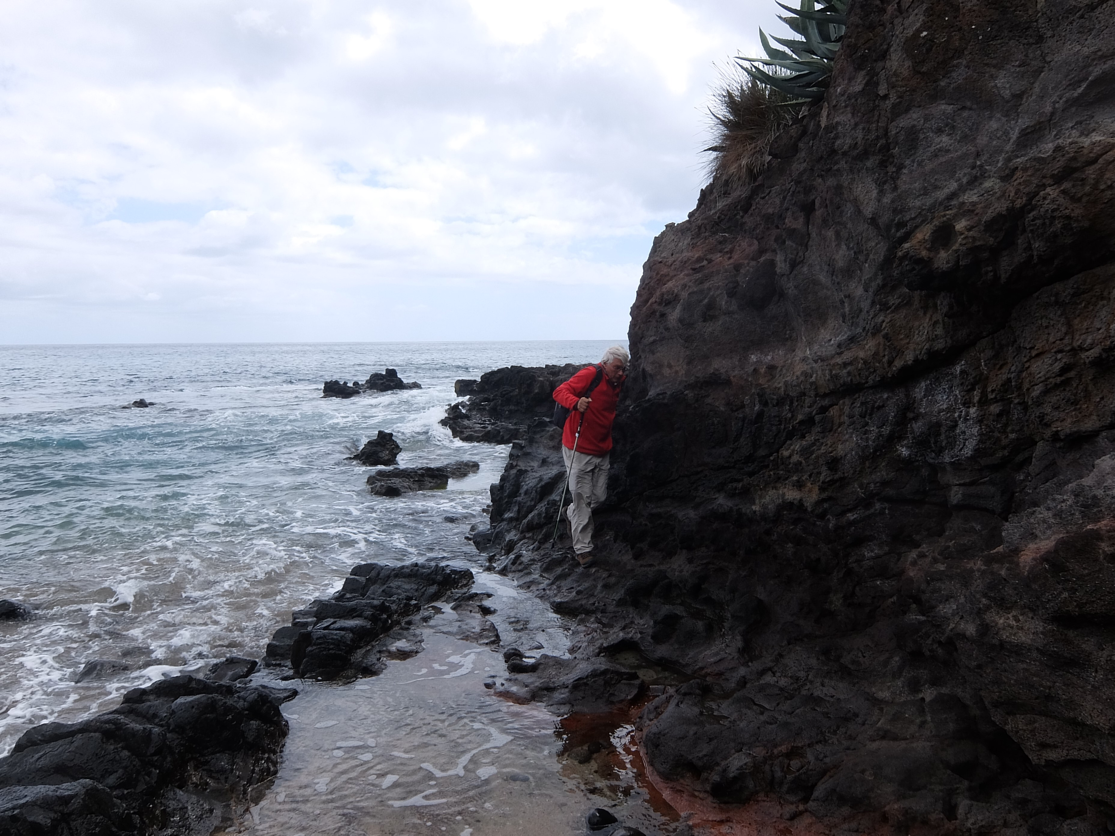 Descriptions of this, and other trails in the Azores , can be found with the below link