Easyjet arrived on time 29 January bringing our friends Colin and Jocelyn. The next day we had a trip into the hills to the old town of Teror. Unfortunately, the weather decided to deliver the most rain we have ever seen here - the roads were like rivers in many places. 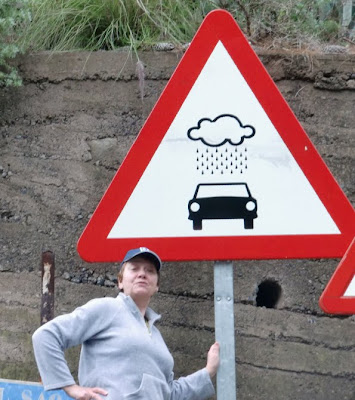 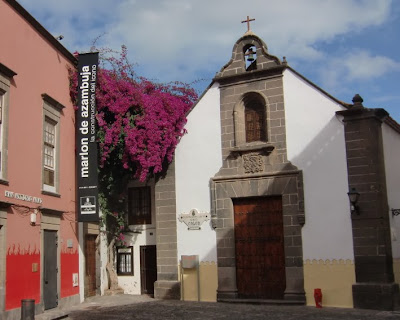 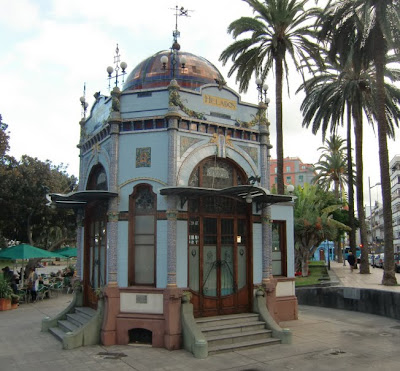 after which we could not resist our favourite ice cream parlour 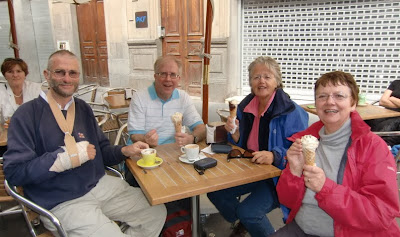 We then planned a hike in the mountains. However, as we drove higher and higher, the visibility dropped lower and lower as we entered the cloud and, on arrival at the start of the hike, the car outside thermometer was indicating 3 degrees centigrade. With the wind howling around us, it did not take long to decide to abort plan A and proceed as quickly as possible with plan B - a hasty retreat to the warm, sunny south of the island. 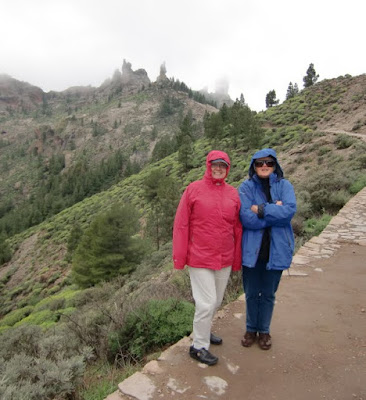 As with most of the Atlantic Islands, Gran Canaria has many microclimates so on any day one can experience a range of climates depending on where one is.

After a couple of hours driving along the winding mountain roads, we found the promised sun and started to warm up 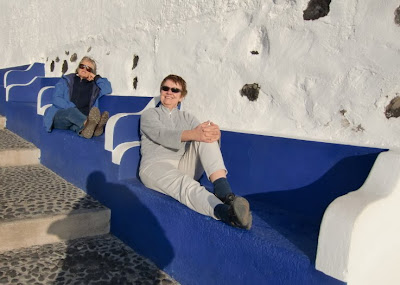 Amongst other places we visited the sand dunes of Maspalomas 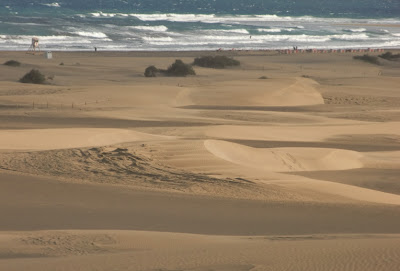 and enjoyed a drink while viewing them 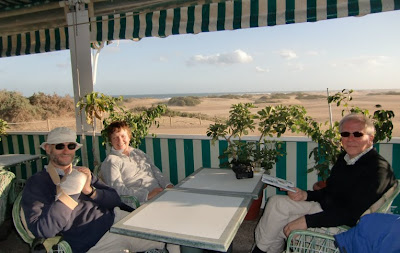 Back in Las Palmas, Colin took us on an interesting tour of the very extensive commercial port 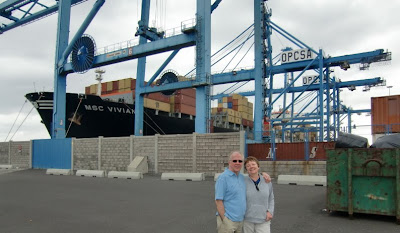 As well as docked alongside, there were several ships on the hard for repair including one from Greenpeace 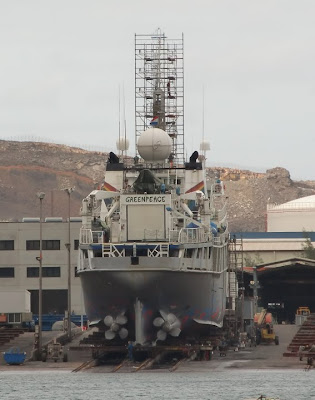 Las Palmas has a very large synchronised lift for lifting these huge ships out of the water. Using two series of rails at right angles to each other, the ship, which has bogey wheels placed under its keel, can, once lifted out of the water, be placed anywhere in the yard 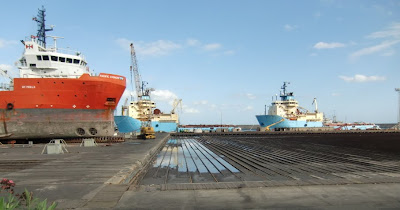 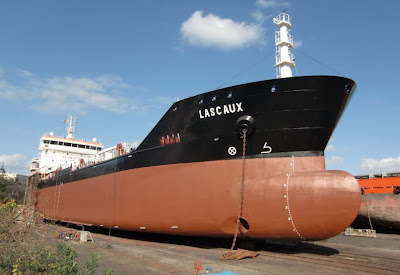 The Lascaux was, amongst other things, having one of its two massive prop shafts replaced. 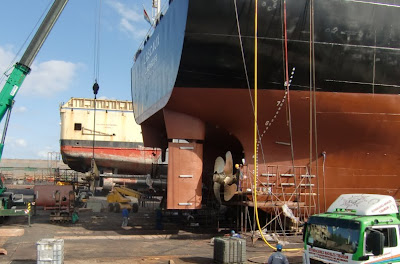 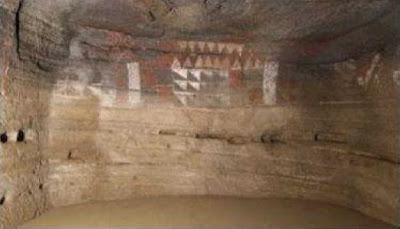 We also visited the Barranco de Guayadeque which has many caves in the cliffs. Some were lived in by the Guanches for thousands of years before the conquest by the Spanish in the 15th century, some used for grain and other food storage, and others for burying their dead. 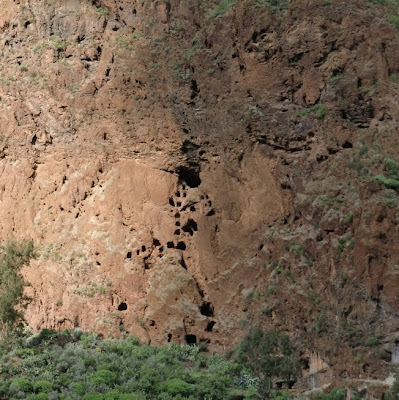 And some are still lived in today - complete with electricity and TV. 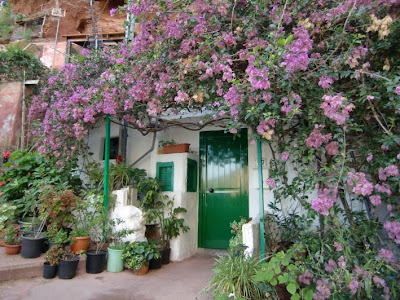 There is a cave church 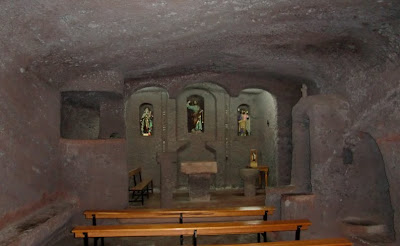 and, with the advent of tourism, cave restuarants and bars 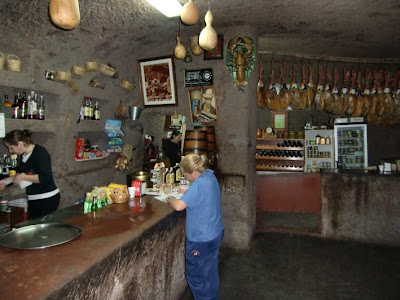 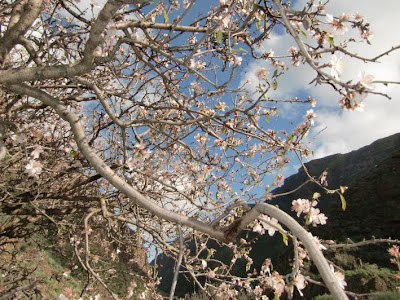 General view of the valley 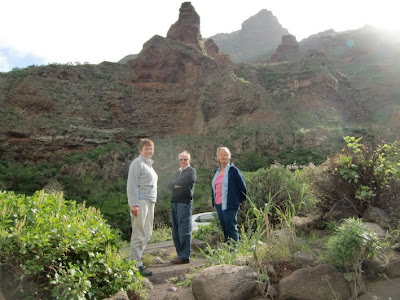 Picnic time under the Eucalyptus trees 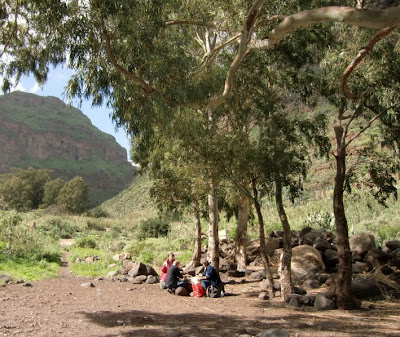 Back in Las Palmas, a relaxing stroll along the Playa de las Canteras 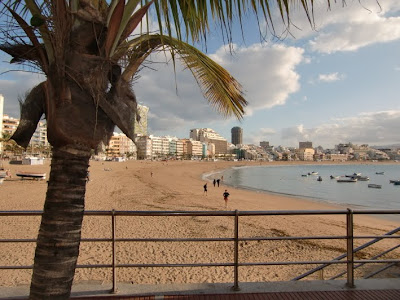 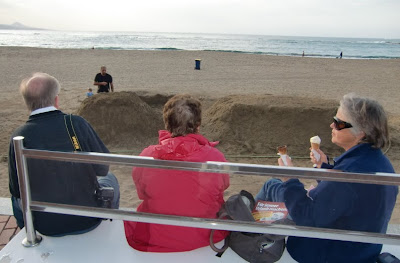 Jeannette cannot resist joining a Yoga group on the beach 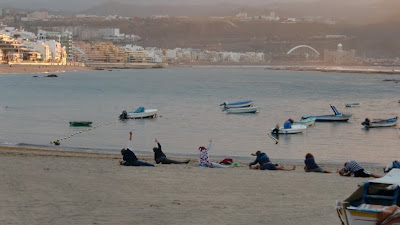 as the sun sets 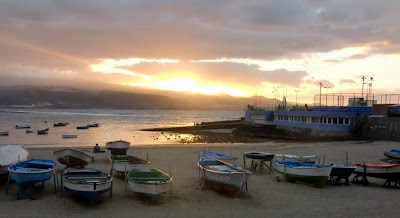 5 February came unfortunately all too quickly and Easyjet whisked our friends back to the cold grey north. 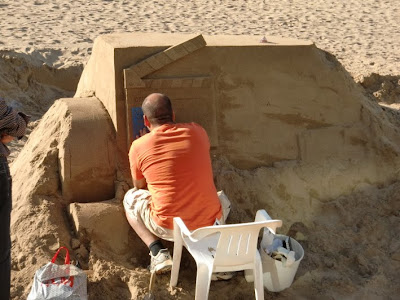