At daybreak (0700hrs) 13 May we left the anchorage Playa de Oraja, on a calm but overcast morning. By 0815hrs , however, we were out of the wind shadow of the island and had a nice sail southwards in a NW 3/4 . 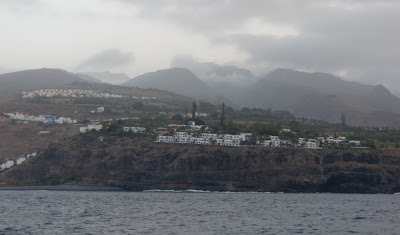 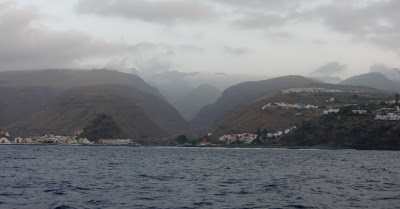 The wind dropped as we approached the north of El Hierro but the picked up again after 30 minutes this time for the SW. By 1800 hrs we entered the harbour of La Restinga having sailing most of the 50 nmile trip. 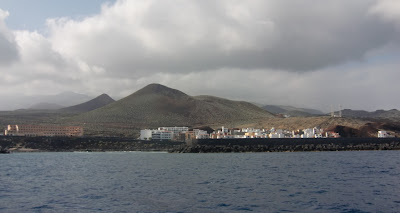 There was quite a surge in the approach to the harbour 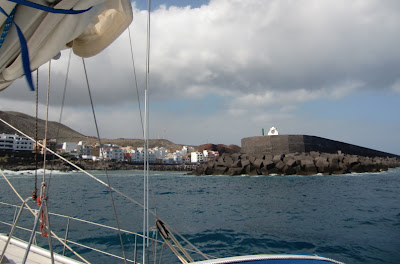 With the help of a marina staff and a neighbouring boat, we managed to moor "securely" to a very small finger pontoon. The surge in the harbour was the worst we have ever seen, and Dutch Link continued to move backwards and forwards straining at it's , by this time, many warps. The photo below looks deceptively calm ! 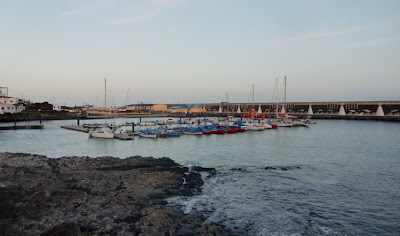 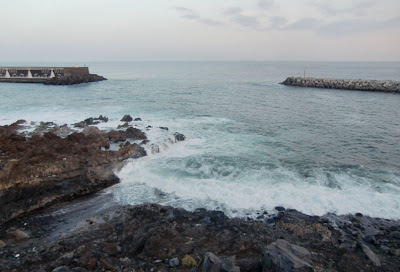 Jeannette suggested we have a quick look round the town before turning-in for the night - just in case we had to leave in a hurry ! After an hour away from the boat, we returned to find our neighbour trying to secure the finger. During our brief absence, the aluminium beam on one side of the "T" joining the finger to the main pontoon had failed - it would not be long before the whole finger sheered off in the unrelenting surge. We spent the next few hours moving our neighbour's and our boat to other fingers and did not get much sleep as we did not trust the new finger either - it already had a distinct list before we moored against it.

At daybreak the next morning, we extricated ourselves from the many warps and left the surging harbour as quickly as possible . Regretfully, we still have not explored El Hierro, considered in the past to be the western end of the ancient world. As the only other harbour on the island, Puerto de la Estaca, is reputedly to be also less than ideal, I doubt we will ever revisit the island by Dutch Link again. 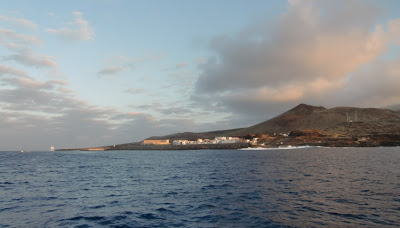 After a very pleasant sail in light winds, made landfall on La Gomera late afternoon. 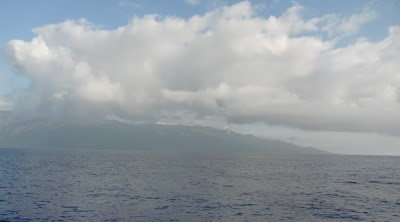 By 1815hrs 14 May we were pleasantly at anchor in 11 meters water in the Playa de Suarez cove the south east coast of La Gomera, a few miles east of Playa de Santiago.
Posted by dutchlink at 20:20