The main reason for sailing back to La Gomera was to pick up the new Mainsail which had been ordered from Lee Sails in Hong Kong by the sailmaker Thomas here in San Sebastian. We removed the old sail and took it to Thomas so he could transfer some of the reefing blocks from the old to the new sail. Unfortunately the new sail was not the heavily reinforced sail which Thomas had specified - instead it was just a relatively lightweight sail which one might be happy with for weekend sailing. Lee Sails admitted their error and agreed to make the correct sail. Unfortunately, it is unlikely that we have the new sail before mid June so our plans to sail to the Azores are somewhat delayed.

San Sebastian - view the the hills 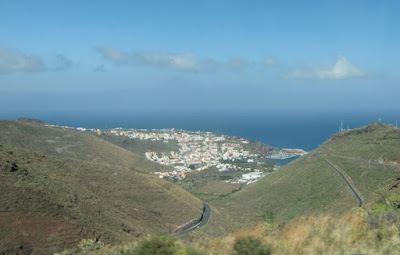 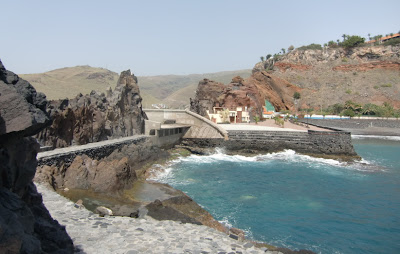 During our stay here, we have used the very good bus service to visit a few places. The Nr 3 bus took us to the neighbouring port of Playa de Santiago 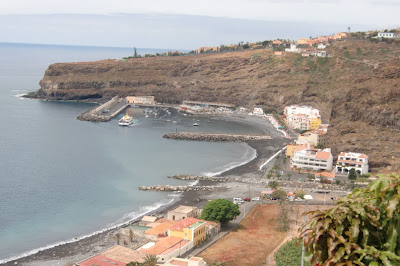 where we visited the very pleasant hotel perched on the headland to the east of and overlooking the port. The hotel has an adjacent golf course. 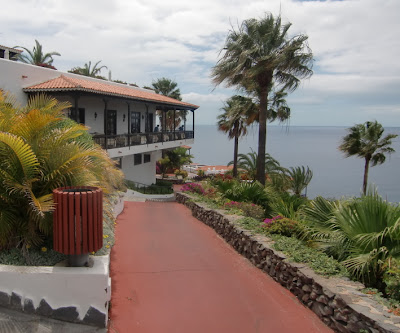 There is a lift bored through the cliff to transport residents from the hotel to the lower swimming pool and beach. 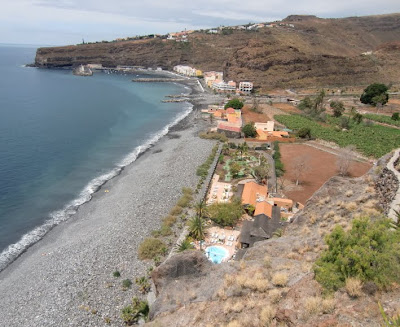 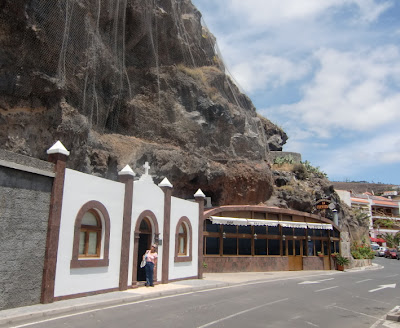 It is possible to haul out here 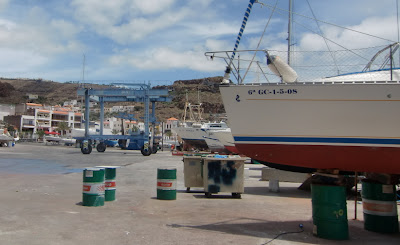 and tie up alongside if there is room 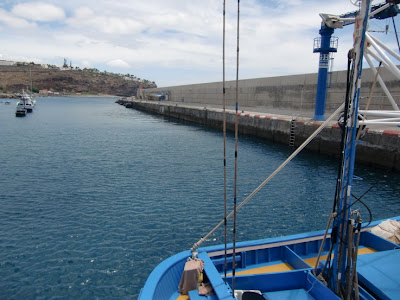 The harbour itself is full of moorings for local boats - leaving no room to anchor. 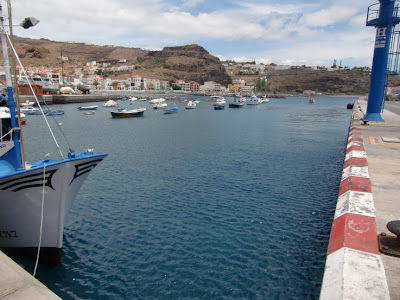 Birthday breakfast for Jeannette in the cockpit 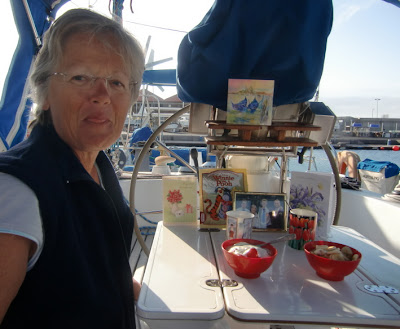 After breakfast we went by bus nr 1 to Valle Gran Rey - a harbour / resort town on the west of the island where we had a birthday lunch. The route took us through the mountains and the National Garajonay Park 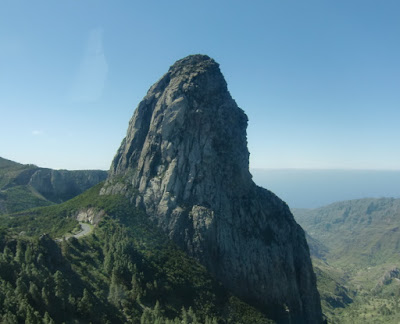 La Calera is a picturesque hillside village just above the harbour 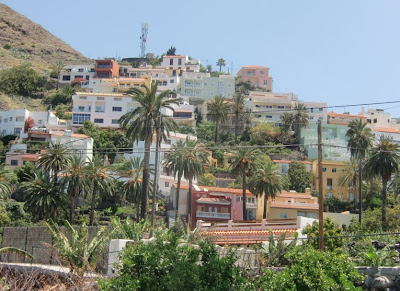 A bronze sculpture of a Guanche chief graces the beach 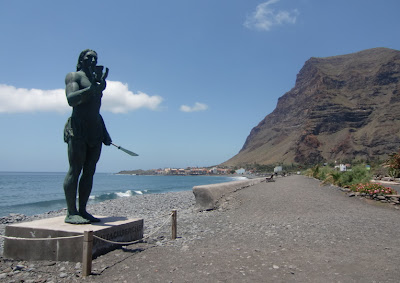 There is little room for visiting boats in the harbour but, with the right conditions it is possible to anchor under the cliffs closebye 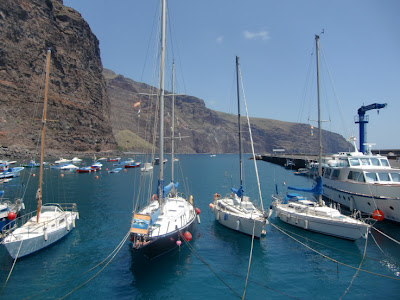 11 May solo sailor friend Chuck in his engine-less 45 foot yacht Reflections is towed out of the hour of San Sebastian en route for the Azores. 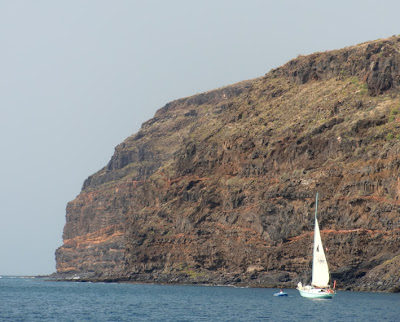 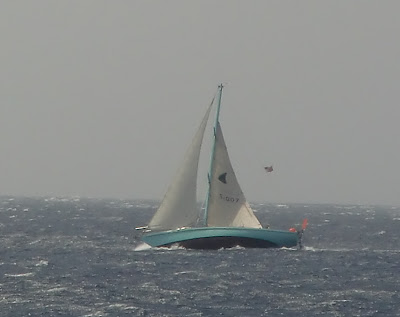 We left San Sebastian the next day to anchor in a nearby cove, Playa de Oraja, only to find Chuck at anchor in the same bay. He had decided to wait for better weather - so we had the pleasure of dinghying over to him and joining him for a super meal on Reflections.
Posted by dutchlink at 16:12