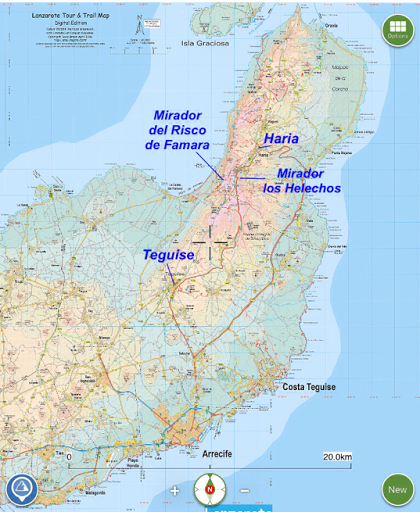 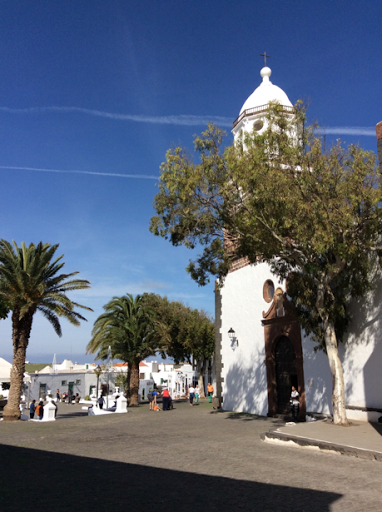 where we visited the Aloe Museum 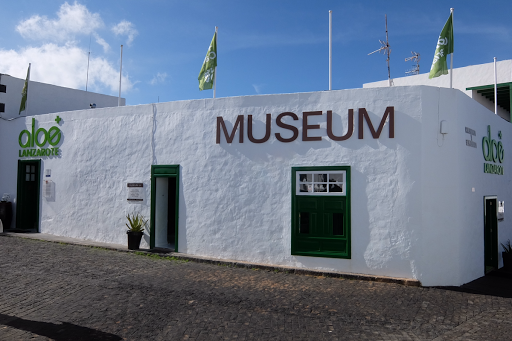 where we learned amongst other things, about the Cochineal Insect which feeds on the cacti and is crushed to produce a crimsom substance used for food colouring and dyes. 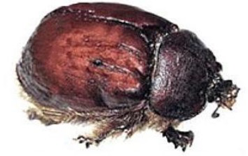 The female Cochineal insect attaches itself to the cactus and sucks out the juices from cactus. The nymphs she produces cover themselves with a white substance living with their mother on the cactus until they are mature. They are harvested for dye production by simply scraping them off the cactus.

Then we drove towards Haria, stopping at the restuarant car park of the Mirador los Helechos 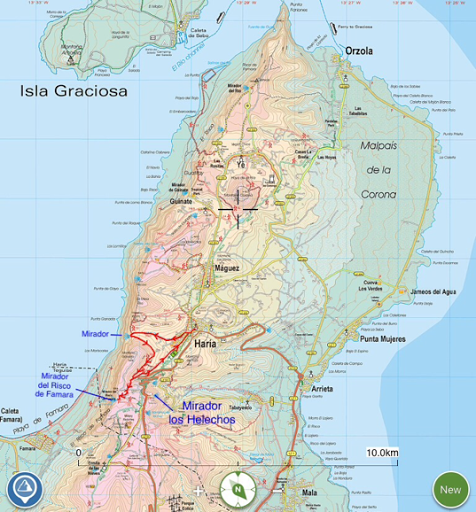 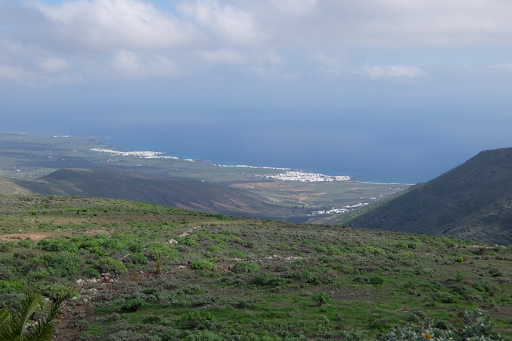 One also has a very good view of Haria 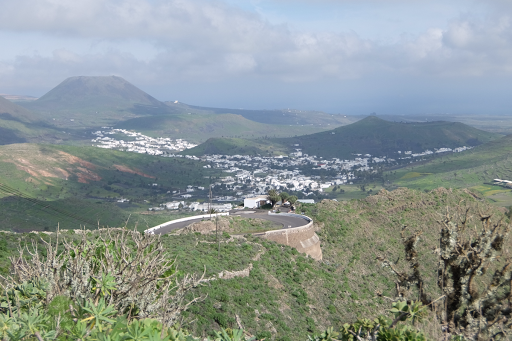 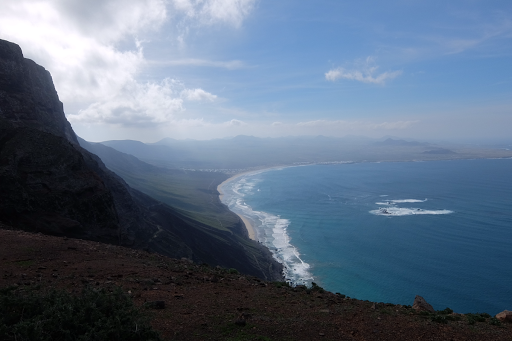 To the north, the island of Graciosa was clearly visible 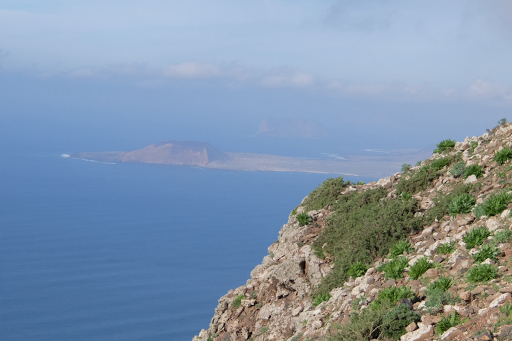 We then followed the track which skirted southwards around Montana Ganada 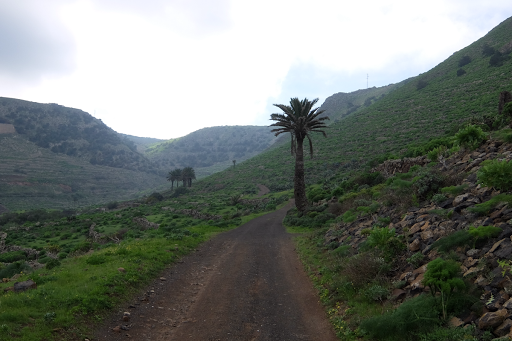 Eventually climbing back up to the clifftop through a picnic area to the Mirador de Risco de Famara, again with superb views of the coast below 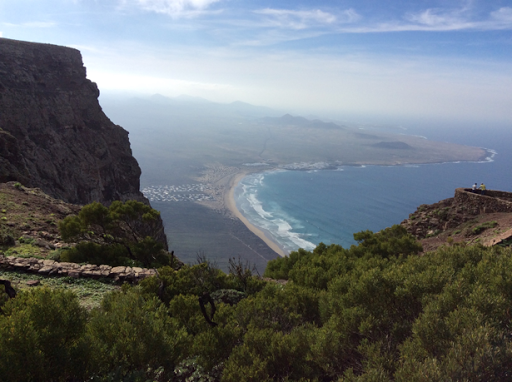 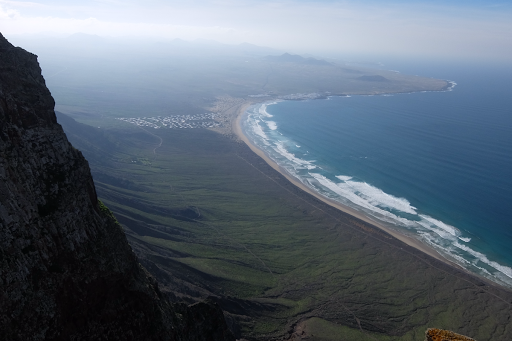 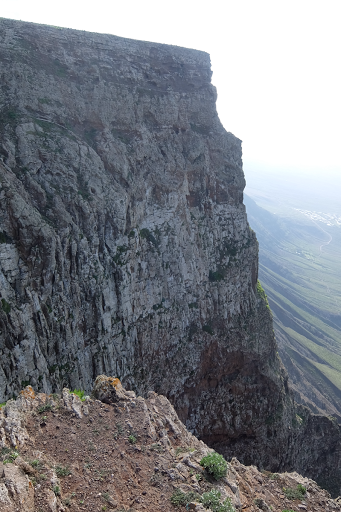 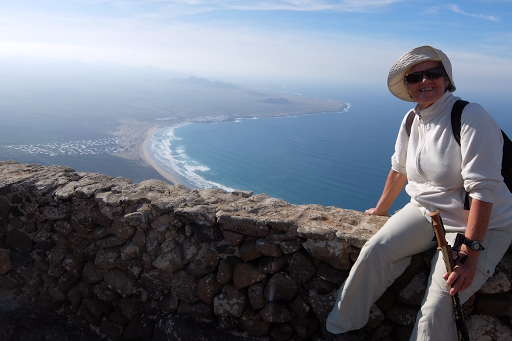 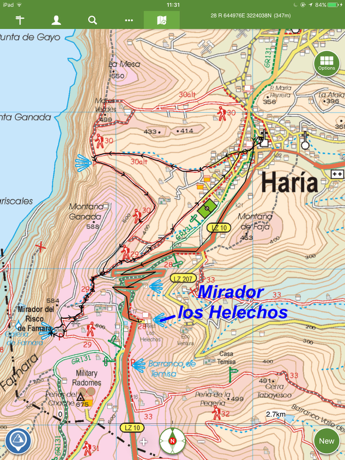