Please click on photos to enlarge; to resume looking at blog click browser "go back one page button"

We were made very

welcome in the very well protected Porto Santo marina by Sonja and Nelson.

Marina fees, at just under 30 euros per night with rally discount , were 50 percent more expensive than in the Azores.

The western side of the island is fairly flat and the central/eastern side is hilly with peaks up to 517 metres. Most of the island is brown due to lack of rain with the exception of some of the hills which are covered with mainly Cupressus and Aleppo Pines. Some grapes are grown but they need irrigation. In some areas there are large numbers of Cactii.

more trees on the island including the Dragon Tree which produces a sap known as Dragon's blood. From the 15th century onwards this sap was highly sought after as it is a main constituent of a red dye - the result is that there are very few of these trees left.

One of the unique features of the island is the 9 km beach of golden sand stretching along the whole of the south coast - very unusual on the Atlantic Islands which have mainly black basalt sand . The sand is reputed to have therapeutic properties.


As with the Azores, a large percentage of the electricity is provided from renewable energy - mainly solar panels and wind driven generators. Due to the lack of rainfall, drinking water is produced by reverse osmosis of sea water.

On the first evening all rally participants were generously invited to a restuarant for the evening meal by Rui from S/V Quero Quero, a friend of the rally. 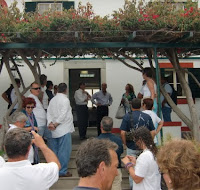 
and had a meal on the beach at the Boathouse restuarant. 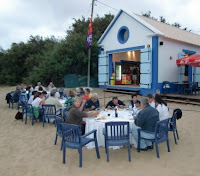 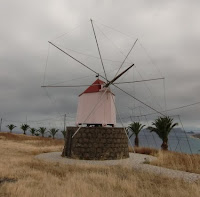 The municipality kindly treated us to a coach tour which gave us a very good overview of the island, including stopping at the magnificent club house of the Golf club, the course had been designed by no less than Sergo Ballesteros. 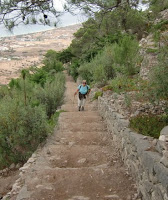 On the last day we took a taxi to Camacha and had a great hike to the top of Pico Castello 437m on very well maintained paths between the stone terrassed plots. 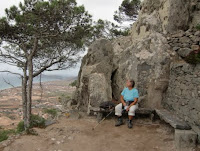 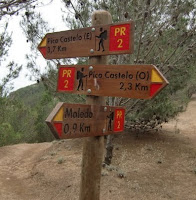 From there we followed the trail which circumnavigates the Pico Facho and Pico Gandaia. 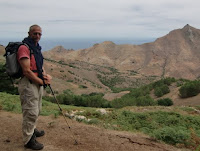 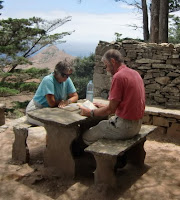 On the final night, the Clube Naval, invited us for supper at there club house.
Posted by dutchlink at 20:36

There is a chance you're qualified for a new government solar energy rebate program.
Click here to find out if you qualify now!