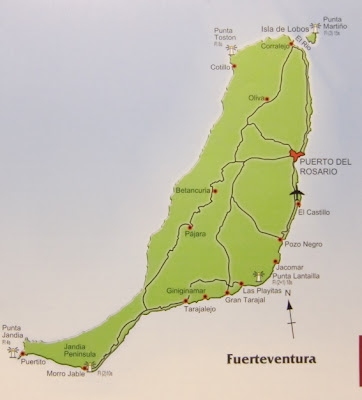 Woke up to the forecast calm day 7/10 and had a leasurely stroll along the boulevard. Unexpectedly, the wind picked up around noon to a southerly 6 gusting 27 knots. As the harbour is a bit tricky to exit in such conditions, checked to see if we could stay another night - however, no cancellations for the sports fishing event so had to leave. At 1345 cast off and, thanks to some lee from the opposite sea wall, managed to manoeuvre out of the harbour without problem.

Had an enjoyable fast run northwards in the southerly 6 under full Genny and no mainsail making 6 to 7 knots. 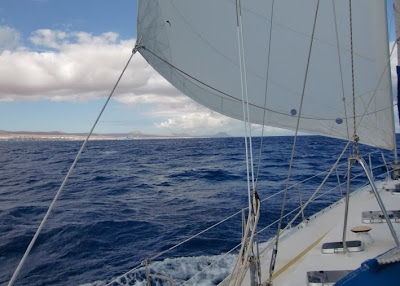 The route took us past the airport . 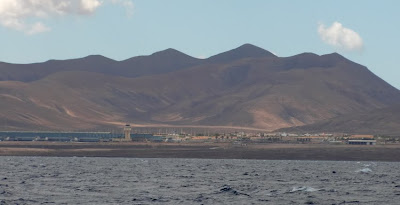 We were not sure whether we would find a place in the commercial harbour of Rosario so telephone the most northerly harbour of Corralejo. With our smattering os Spanish we decided that the harbour master had said that he had room for us but were not completely sure.

Isla de Lobos with Lanzarote in the background

before turning onto a course of 280 degrees true which leads one safely between two impressive surf zones. 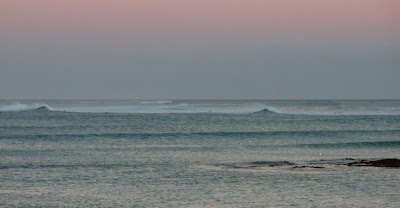 With the help of the harbour master and two helpers managed to moor alongside an upwind pontoon in the crowded harbour in the gusty wind. 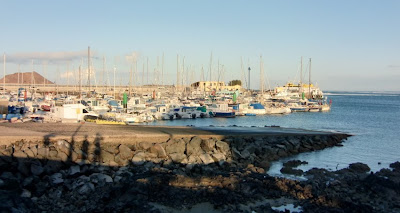 Had a very pleasant meal out on a terrace under the stars overlooking the harbour . 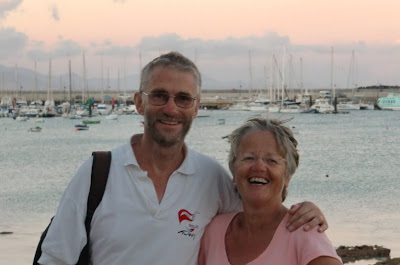 We were lucky to have been given a spot to tie up - the marina is full and the place we are occupying is reserved for another boat so at 0800 this morning we have to leave - maybe anchor off if we can find a spot is in the crowded anchorage.