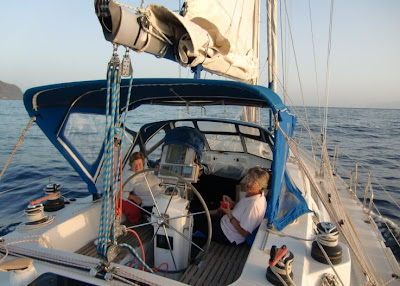 We had about 12 knots wind in the Acceleration zone which soon dropped to about 6 knots true as we rounded the NE point of La Gomera. However, the forecast easterly wind did not materialise and we were motoring in a light head wind. The route took us just a few miles off the quite spectacular north coast of La Gomera, passing the picturesque town of Agulo, perched on a sort of plateau with towering cliffs behind it. 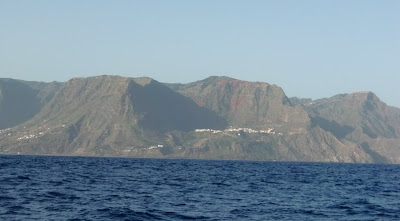 Soon afterwards, Jeannette happened to look up at the mainsail and found that the stitching between two panels had broken. Checked in our pilot books to find that there is no sailmaker on La Palma. So after contacting the San Sebastian Marina to see if our berth was still free and ringing the sailmaker to make a reservation for repair to the mainsail for Monday Morning, we made a 180 degree course change and headed back to San Sebastian.

Soon after turning back, the clutch on the fishing reel started to slip and, yes we had hooked a smallish Mahi Mahi. 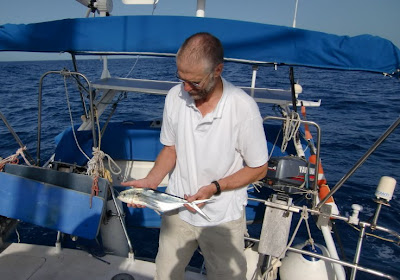 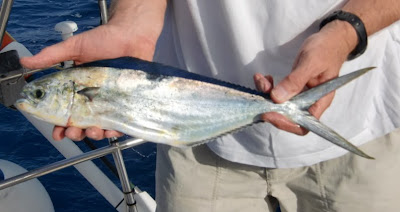 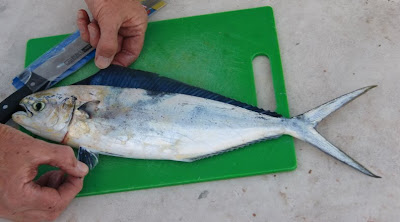 Small but big enough to eat this evening. 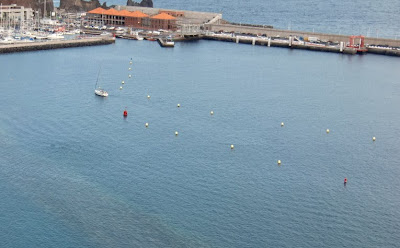 and remoored in our old berth in San Sebastian, La Gomera. 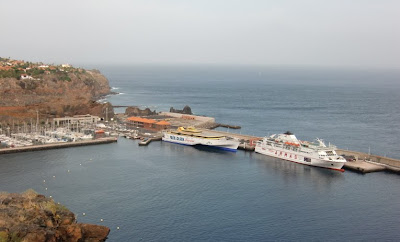 These two pictures show the 3 ferries all of which make 3 trips a day between Los Cristianos and San Sebastian, two of them car ferries and the mall one just passengers. They also call at La Palma and El Hierro. 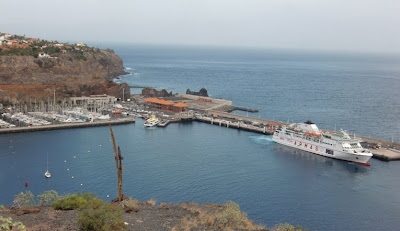 So back to enjoying our daily swim from one or other of the two beaches either side of the marina until the sail is repaired. Below is the calm beach within the outer harbour mole 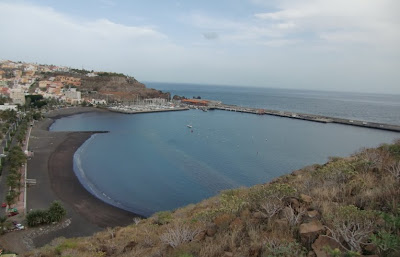 Below is the more exciting beach just north of the marina which frequently has heavy surf. 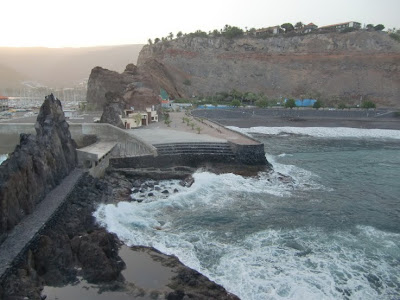