Whilst lying at anchor, just after it became dark, we heard an insistant sound outside. Went on deck to investigate - nothing to be seen. At first we thought it was a seabird but as the high pitched sound was so continuous, came to the conclusion that it was more likely to be an insect.
After wandering up and down the deck a few times, finally located this 5 cm long cicada type insect under the teak grating on the cockpit floor. Hit it with a walking stick and gave it to the fish - peace returned on Dutch Link. 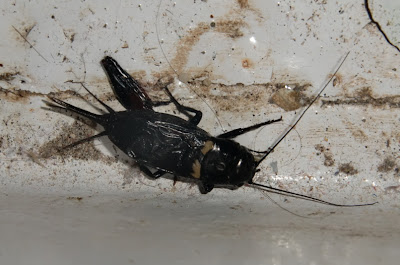