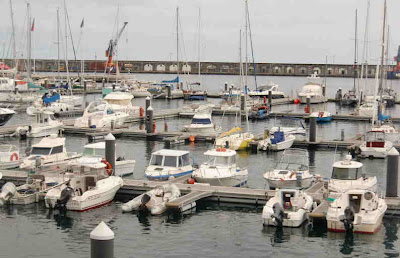 Have been enjoying our stay here in the Ponta Delgada Marina on Sao Miguel. The weather has not been as sunny as in the Canaries, most days being overcast with every so often some drizzle. However the temperature is pleasant being in the lower 20Cs.
We are moored next to S/V Limay , which we met June last year here in the Azores, and are having a very enjoyable reunion with Teresa and Luis. They are expecting their new mast in a few weeks time - the old mast was broken on their passage from the Azores to Lisbon last year. 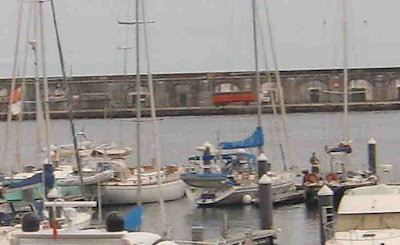 During our stay we were entertained by the IRC car rally which raced around the island for a few days , each evening returning to its base along the marina water front. 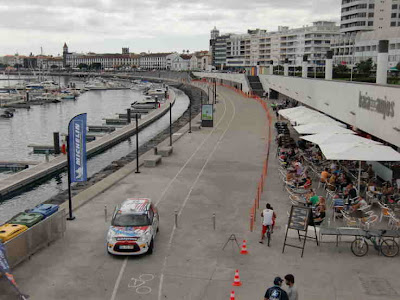 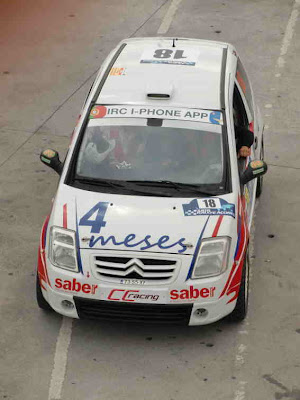 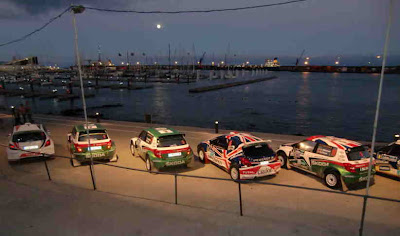 Went to a very enjoyable Alma de Coimbra all male choir performance at the old Coliseu Micaelense theatre. The choir was made up of old students from the university of Coimbra- very special evening. 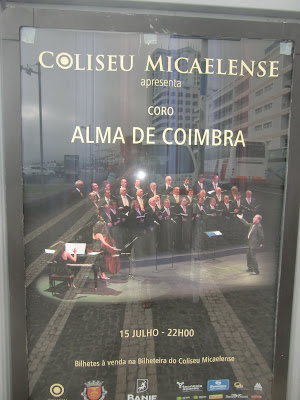 A line of painted trees has been placed along part of the marina waterfront - a school competition. 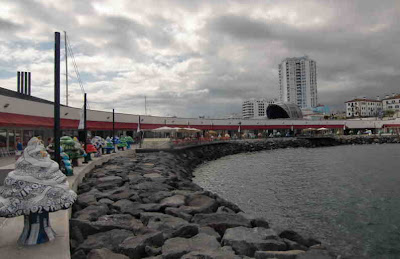 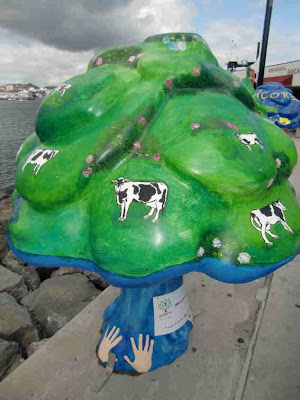 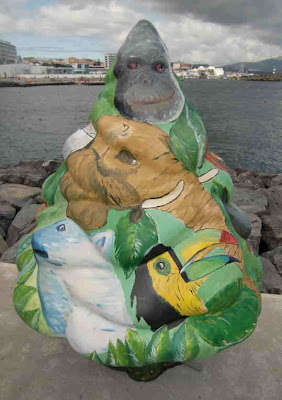 The outdoor swimming pool complex and part of the harbour between the old and new marinas has been very popular. 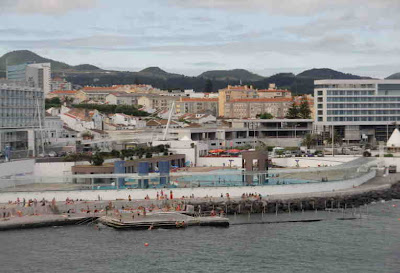 Have happily met up with our friends from last years rally from Ponta Delgada to Madeira (see Blogs 9 to 17 July 2010) - J0a0 & Ana and family Joana, Alice, Gabriela & Luisa from S/V Dannyboy, Jose Serra & Claudina from S/V 5 Estrelas and Agustinho & Ana from S/V Desafinado who all live on Sao Miguel. We had some very good times together. 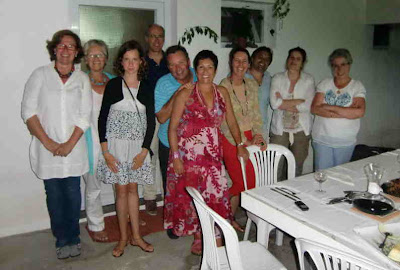 During the last two weeks we have been busy doing maintenance jobs on Dutch Link - investigating a slow leak into the bilge (fairly certain it is from the engine exhaust through hull fitting which is under water on starboard tack - quite a pile of salt crystals had built up on the stringer under the fitting inside the hull. Hopefully fixed it with sikaflex on the outside but may need to refit when we are out of the water).
Have also been sanding parts of the deck and cockpit floor where small pits had appeared due to stagnant seawater accumulating under the paint. 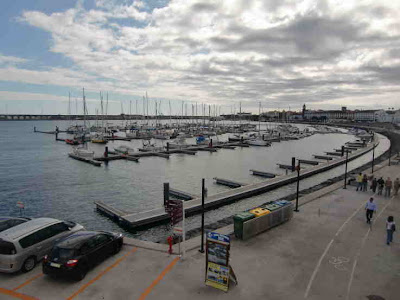