On the morning of the Wednesday 27 July we downloaded the Grib Files and found that the best wind in the coming week to sail to Terceira, our next planned destination, was the next 24 hours, not on Saturday as originally planned. Later the wind was forecast to turn to the West - ie on the nose. So we quickly made the boat ship shape , did last minute shopping and checked out of Ponta Delgada. 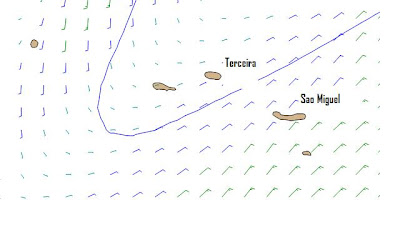 At 17 15 we left our mooring, raised the mainsail with two reefs in, and headed west. 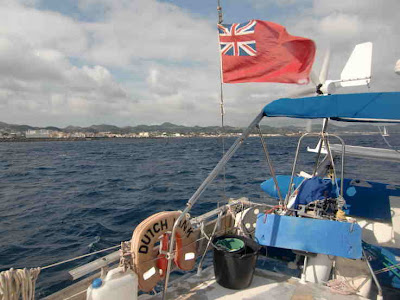 The first 10 miles was along the South coast of Sao Miguel. Initially, we had a NNE 4/5 and Dutch Link was bowling along at 6 to 7 knots with two reefs in mainsail and two reefs in Genny in calm seas in the lee of the island. 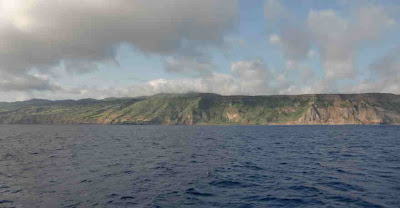 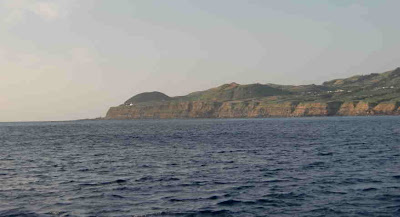 By 19:45 we entered the lee of the Sete Cidades Crater and the wind became very variable - one minute 30 knots, the next almost calm with the wind direction changing througjh 180 degrees. Tried following the gusts for a while then gave up and motored till we were clear of Ponta da Ferraria, the western-most tip of Sao Miguel. 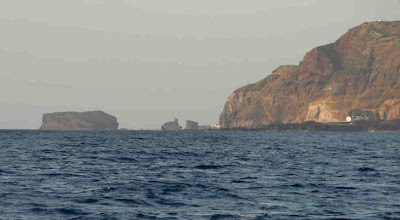 By 20:20 we were clear of the island and could turn off the engine and sail on a beam to fine reach in a very pleasant NE 4/5 with moderate seas . The course to Terceira was 313 degrees true, a total of 90 miles. 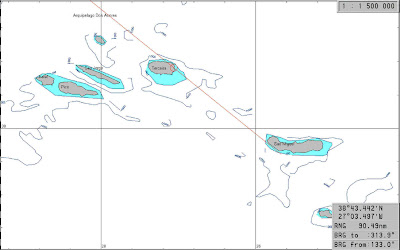 During the night, the wind gradually reduced, the reefs came out and eventually we were sailing at 3 to 4 knots with full sail. At 0800hrs the wind died almost completly, as forecast, and we motored the last 25 miles to Terceira.
Terceira comes into view.

By 12:15 we passed between the breakwaters of Praia da Vitoria which almost completely enclose the bay. 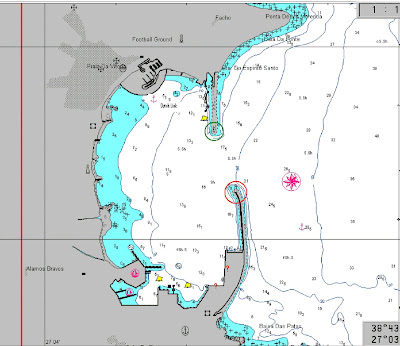 As the anchorage just outside the marina looked so appealing, we decided to spend a few nights at anchor before going into the Marina. The holding proved to be excellent in 8 meters water in sand.
After an hour or so, the Harbour Master dinghied out to us and asked us to check in when we were ready - however, in view of the fiesta the coming week, the marina was full so we would have to stay at anchor - no great hardship as it is very pleasant here. After covering the mainsail etc, we jumped overboard for a refreshing swim - heerlijk!

In the photo Dutch Link is conveniently anchored just to the right of the Marina breakwater. 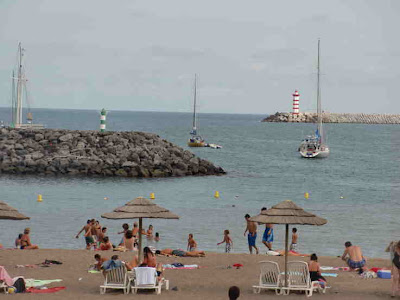 View along the water front 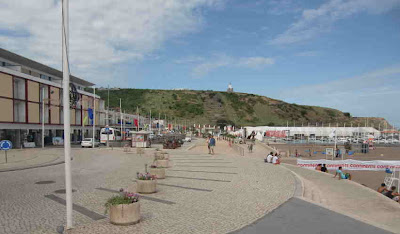 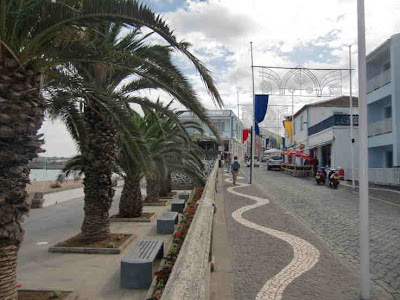 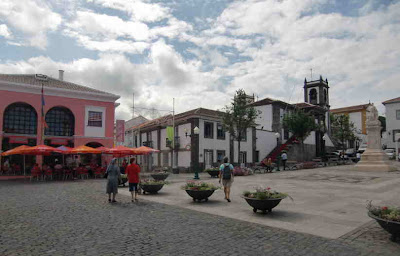 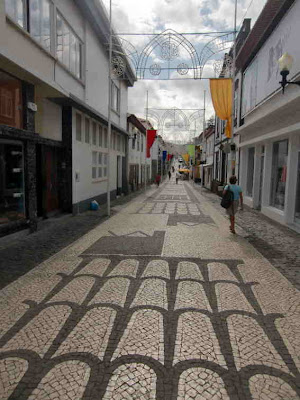 Views of the bay and outer breakwater 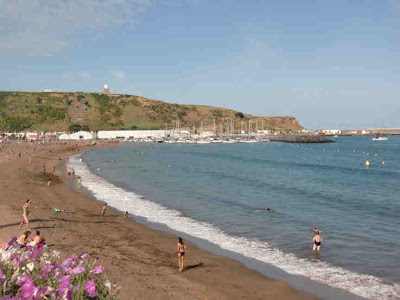 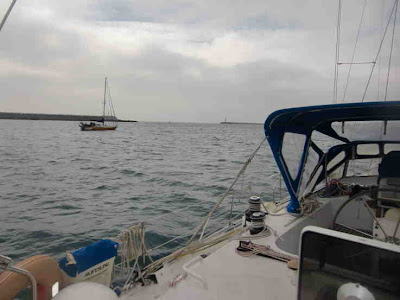 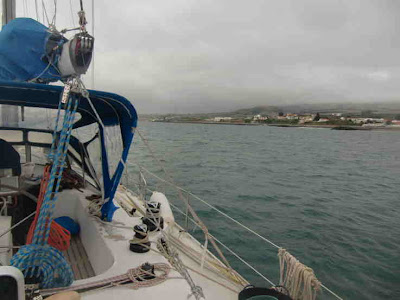 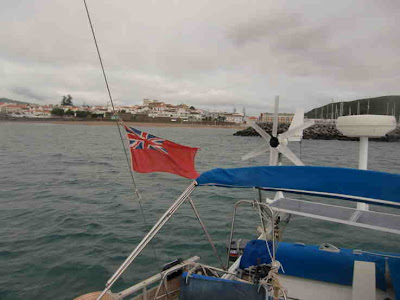 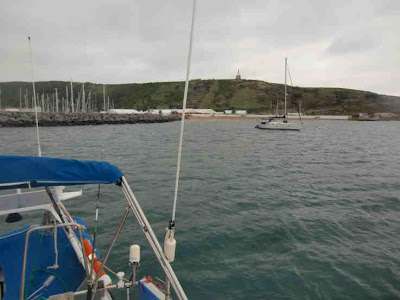 Map of Terceira - Praia da Vitoria is on the east coast, just south of the airport 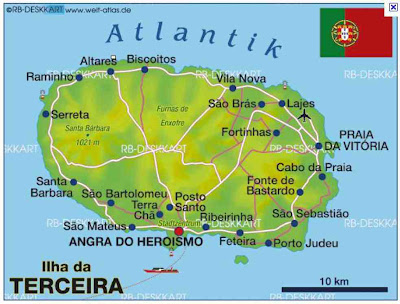