Yesterday was a public holiday in Portugal and the Azores celebrating Republic Day. Between 4–5 October 1910, there was a coup d'état against the already weak constitutional monarchy. The young King Manuel II and his family escaped for exile to England. On the morning of 5 October 1910, the Republic was declared from the balcony of Lisbon City Hall, ending several centuries of monarchy in Portugal.

So we joined Ana & Joao from S/V Danny Boy, Luisa and friend Anna for hike PRC33SMI on the north west coast of Sao Miguel. The hike started in the village of Joao Bom. 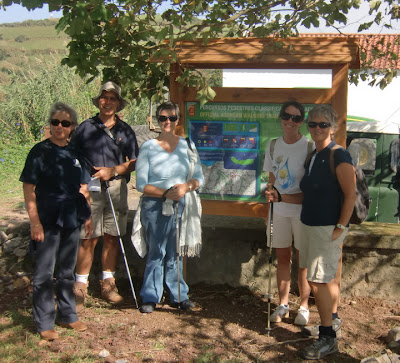 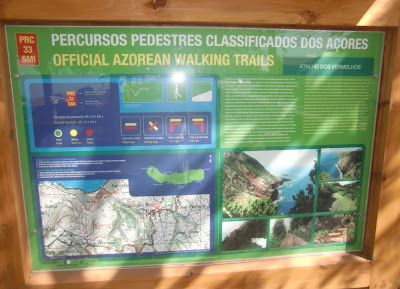 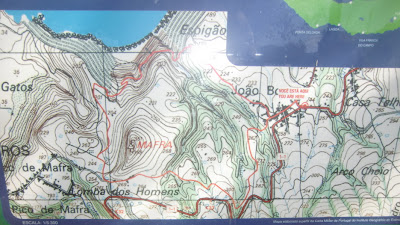 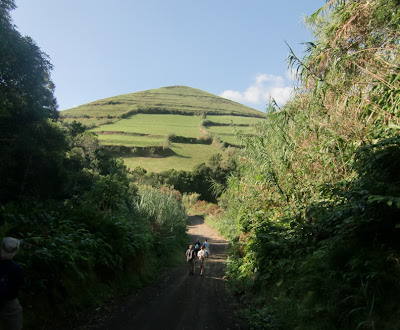 Ana and Jeannette beautify themselves with Fushia earings 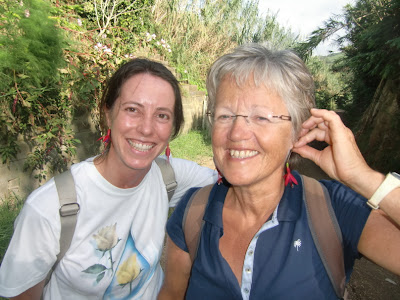 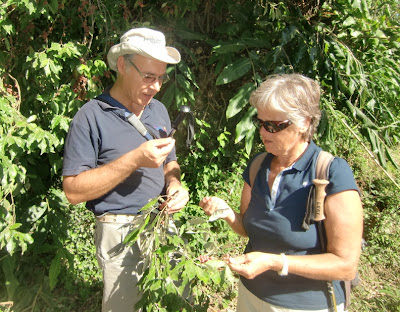 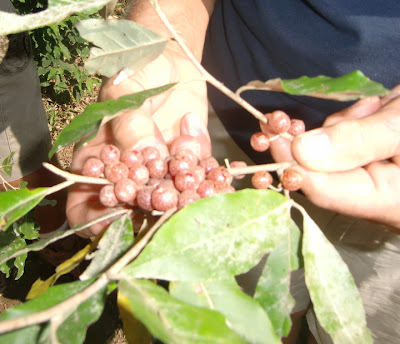 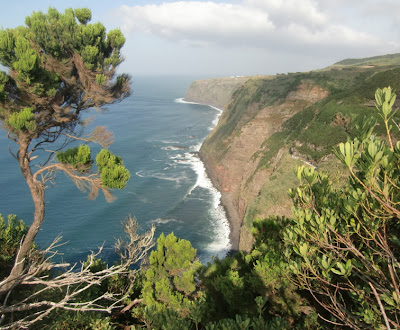 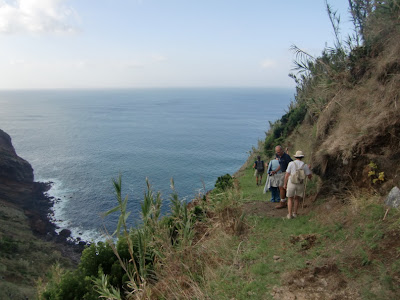 which we negociate with caution 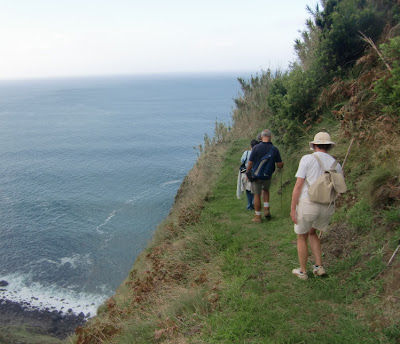 to a water collection facility 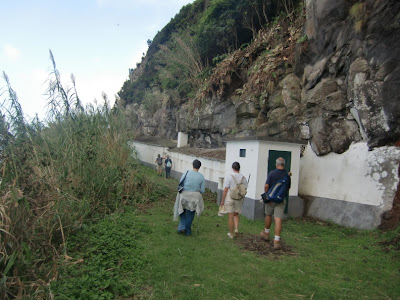 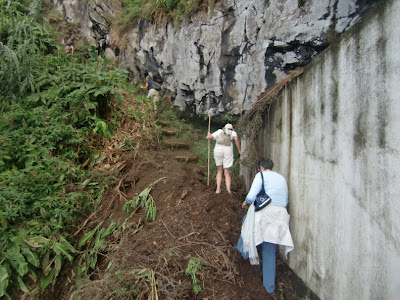 The remains of a Ginger Lily - most of the flowers have died. Jaoa showed us how to suck the sweet nectar from a flower stalk 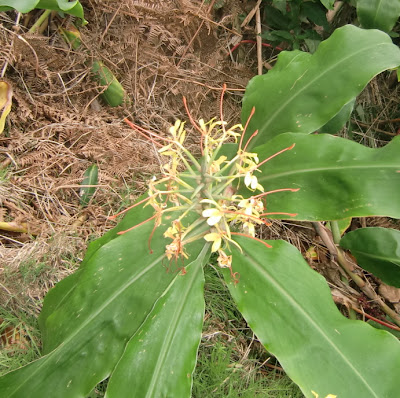 Another glimpse of the coast 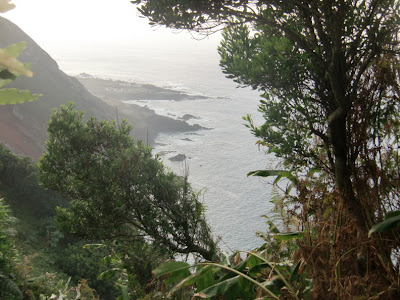 Clinbing up through the Laurasilva forest 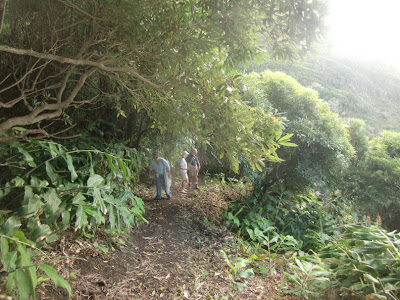 Luisa pauses for a rest 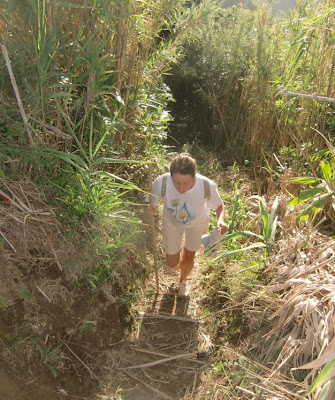 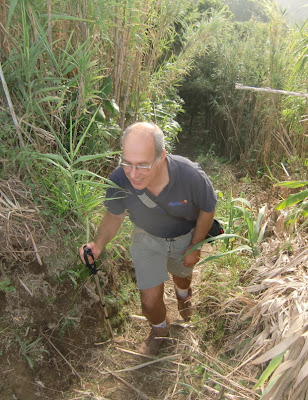 In the evening, we have supper on Dutch Link - Alice brought us a bunch of the beautiful Bella Donnas (a type of Amaryllis) from their garden. These flowers bloom at this time of the year and can be seen growing wild all over the island. As their flowering usually coincides with return to school after the summer holidays, they are also called "Meninas para a escola" literally translated as "Girls back to school". 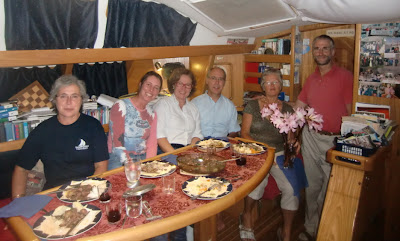 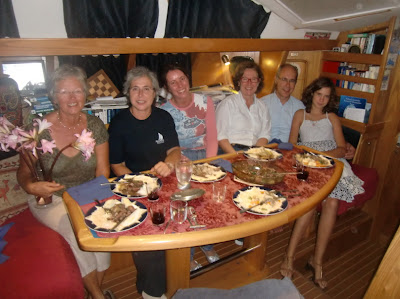