We were back on Dutch Link from Holland late on Monday night 3 September and had hoped that we could spend a few days in Ponta Delgada before sailing back to the middle Azores Islands. However, the Gribfiles indicated that Wednesday would be a perfect wind for our trip back west and that thereafter the wind would be on the nose.


So at 12.20hrs on Wednesday 5 September we cast off and started our 136 nautical mile trip from Sao Miguel to Velas on Sao Jorge 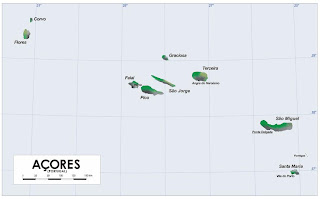 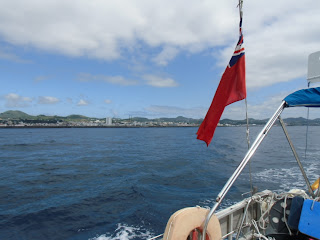 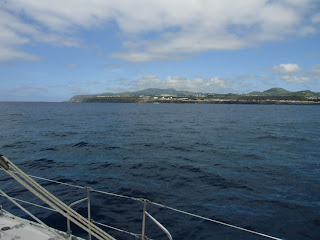 By 13.30hrs the wind had increased to a pleasant ENE 4Bft and we were sailing on a beam reach with 1 reef in main and 1 reef in Genny 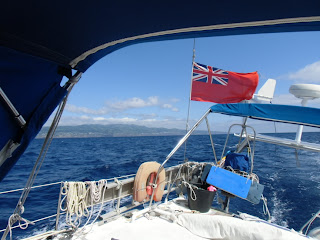 As we approached the western tip of the island the wind dropped off as we came in the wind shadow of the Sete Cidades caldeira and I was tempted to use the engine. However, there was a suggestion of white horses on the horizon and we were soon bowling along at 7 to 9 knots SOG. 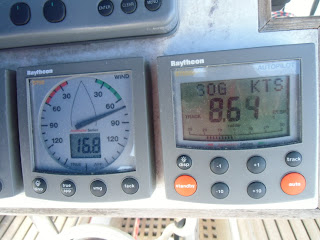 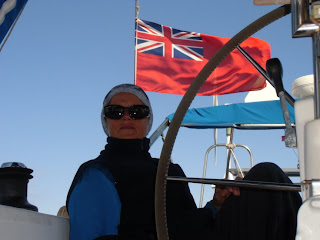 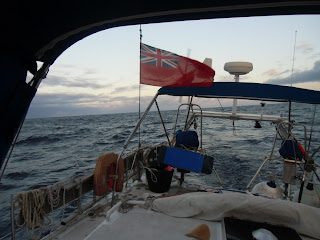 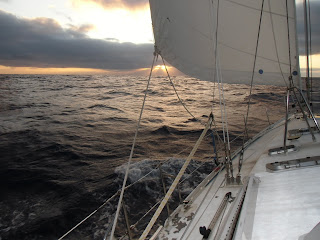 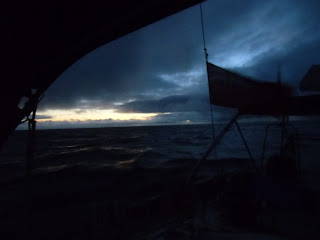 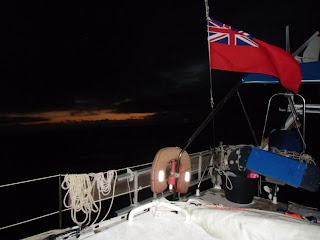 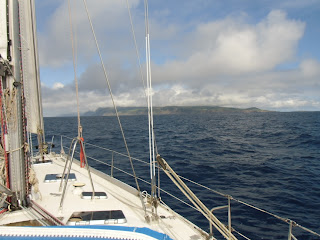 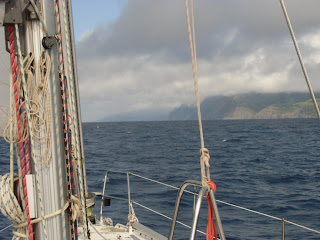 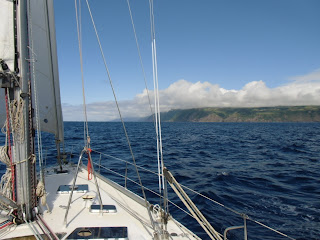 The coast of Sao Jorge has high cliffs with several fertile Fajas, areas where lava flows and erosional debris form flattish areas just under the cliffs. Many of them are either inhabited or at least are cultivated. 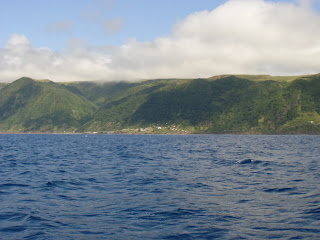 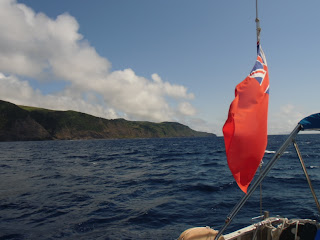 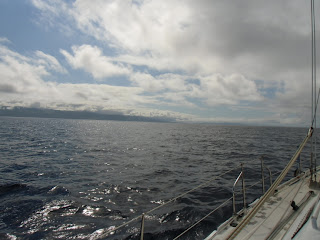 During our passage in the channel between Pico and Sao Jorge, the wind became light and turned to the SSE.  We rang up the harbour master to see how late we could arrive and he told us that as he was helping to unload a freighter , he would be around till at least 2000hrs so no hurry.
Low cloud over Sao Jorge 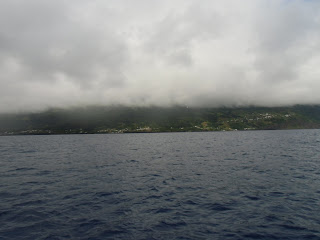 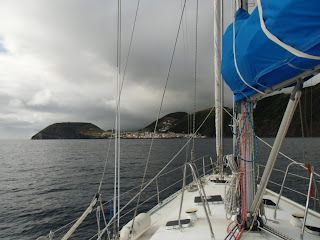 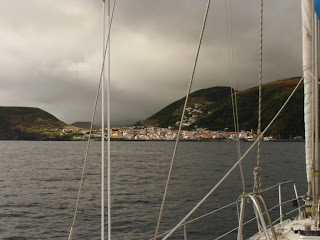 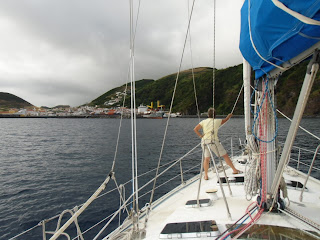 Jose, our very friendly harbour master had told us by phone that he had a berth for us on the long E pontoon parallel to the breakwater 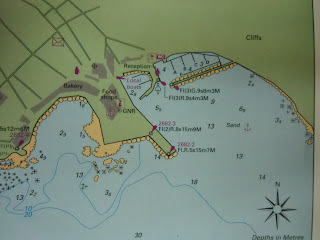 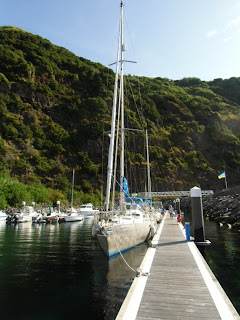 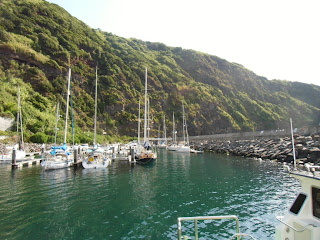 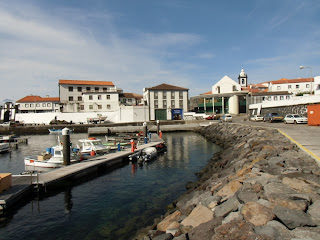 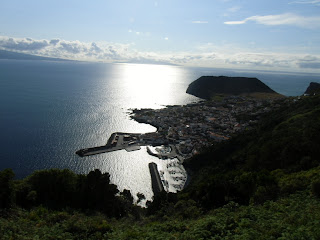 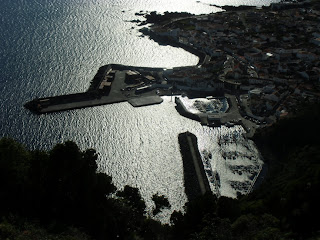 So far it is very still in the marina with no swell. The only disturbance is the raucous peculiar "being sick" sound of the Cory Shearwaters as they circle around in the evening before rousting for the night in their homes in the crevasses in the cliffs towering above the marina