WE had planned to stay in Velas for several weeks and explore the island properly. However, on checking the weather forecasts a tropical depression was rapidly transforming into a nasty hurricane and was starting to head our way.
The predictions from the USA Hurricane agency NOAA indicated that the newly named Hurricane Nadine would most likely hit all of the Azores Islands in the next week. 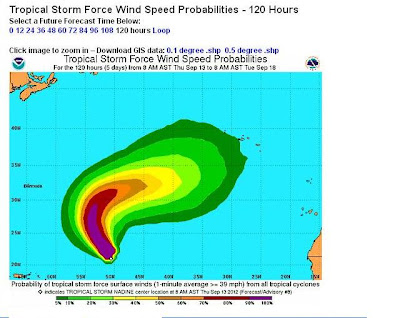 The Grib File predictions for a week's time showed that Nadine was developing into a much bigger system than Gordon, the Hurricane that came close a few weeks ago 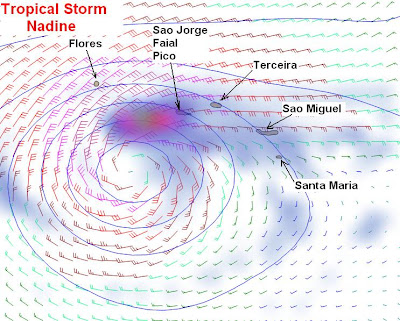 So, as we had already experienced some swell in Velas Marina in relatively calm conditions we reluctantly decided to cut our stay short and head for the relative safety of Horta on the island of Faial, just 22 NMiles SW of us 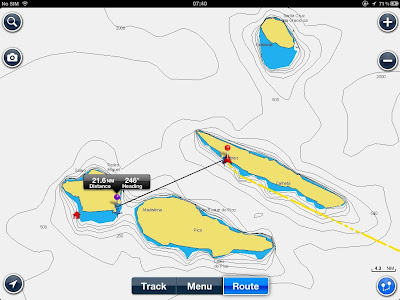 So at 0945hrs on a sunny morning 14th September, we left Velas and had a pleasant few hours of downwind sailing on just the Genoa in a ENE 3 to 4 Bft wind 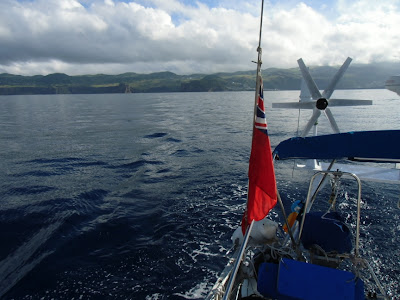 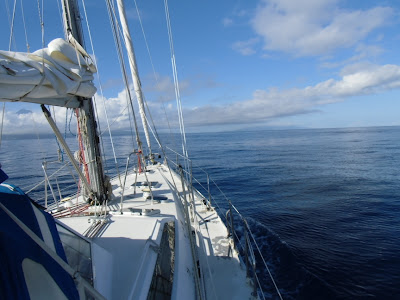 The peak of Pico just visible through the cloud 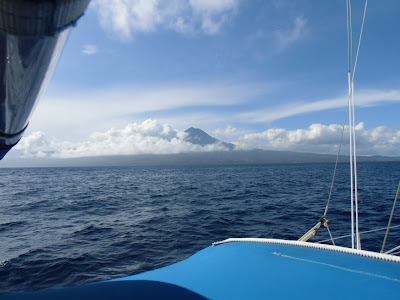 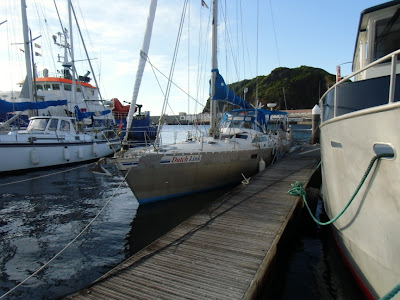 Normally Horta is fairly full with sailing boats and one has to raft with other boats along the inside of the harbour wall. We were lucky that there was plenty of space and were even given a berth which is large enough to take magayachts - very fortunate with the weather we are expecting 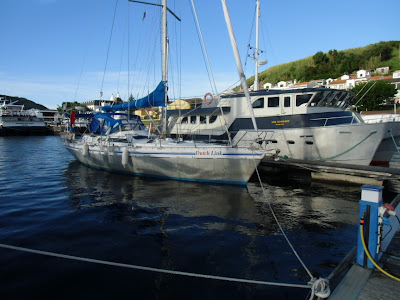 So here we are, waiting for Nadine to pass through. The Aluminium catamaran motor vessel moored next to us is a deep sea research vessel which has a yellow mini submarine on board capable of diving to 1000 meters water depth.
Horta Marina 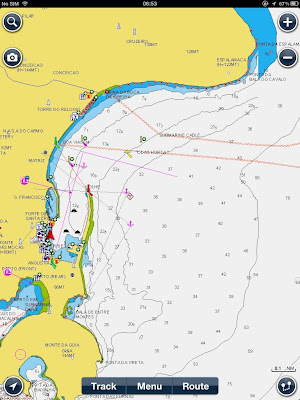 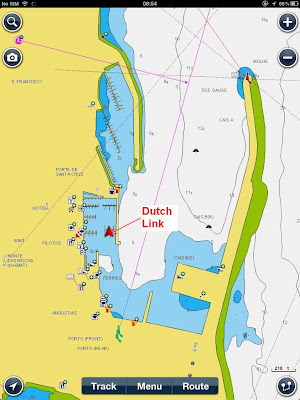