Terceira is the island where playing with bulls - the Tourada a Corda - was invented and is the island where it is mainly practised. However, it has also become popular on Sao Jorge and we decided to spend an afternoon watching the spectacle in the village of Faja de Sto Amaro situated  just before the Sao Jorge airport.
Caught the 1530 bus from Velas to Urzelina. 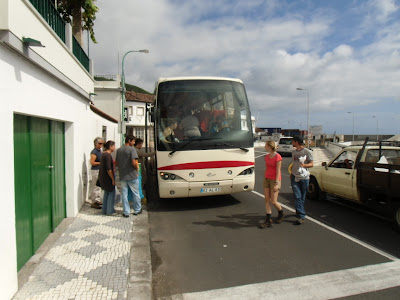 As we were too early for the event, we decided to stay on the bus and walk the few kilometers back from Uzelina - luckily we had our waterproofs with us as part of the walk was in the rain.
The photo below shows the airport runway which we walked past. 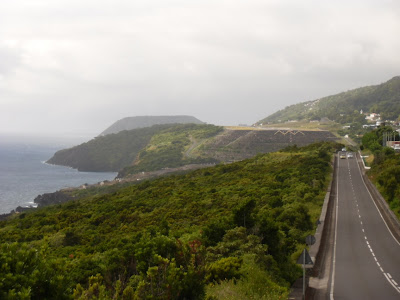 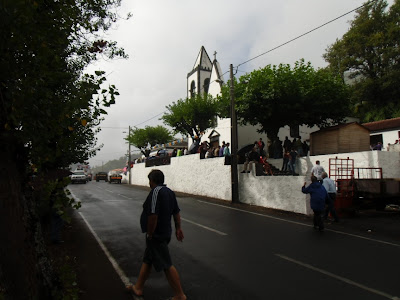 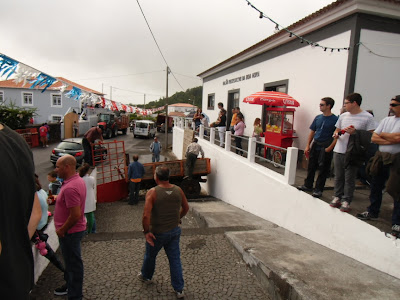 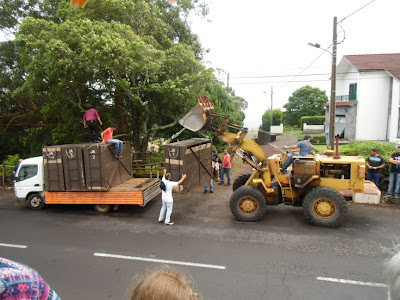 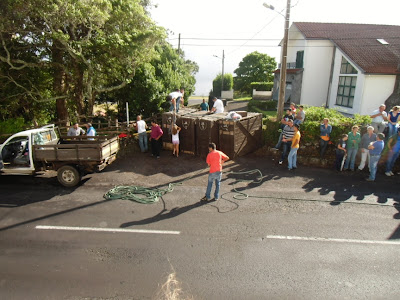 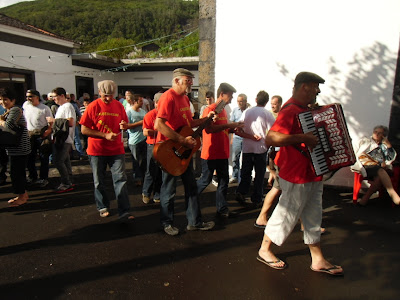 Please click on below arrow to play video clip -

Note - unfortunately as the IPAD does not have Flash Player, this clip will not play on an IPAD 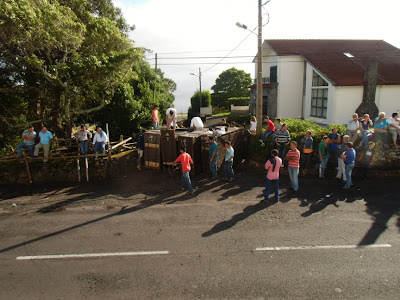 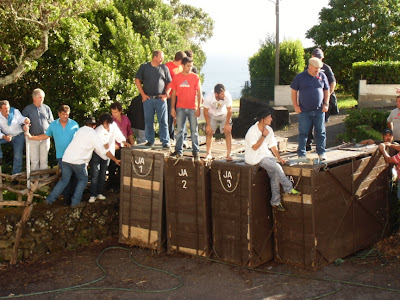 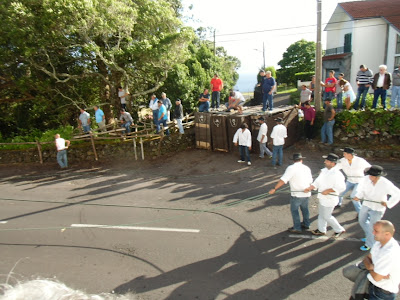 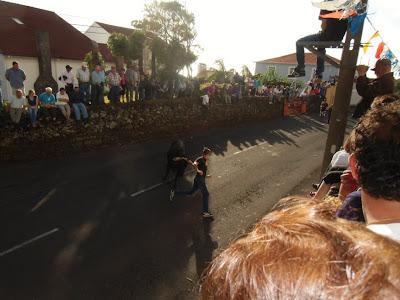 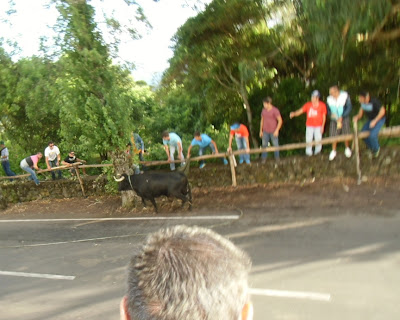 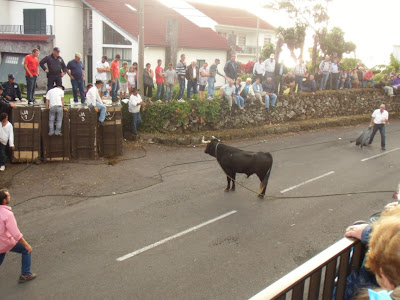 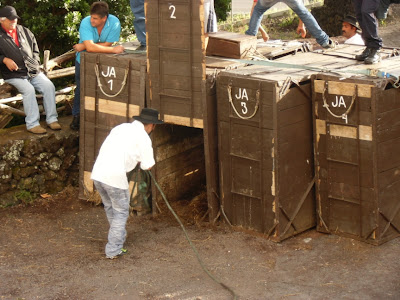 Mike, how come there is no picture of you running the bulls? They only are baby bulls. You would have impressed all your family and friends. It would have livened up our day....
Greetings
Hans