Thursday 30 August I, Mike, took a taxi for the 15 minute trip to the Ponta Delgada airport (cost 10 Euro) in time for the 10.15hrs SATA flight to Lisbon. As this flight would land at Lisbon13.20hrs but the connecting SATA flight to Amsterdam would not leave before 19.50hrs, I decided to pop into Lisbon instead of hanging around at the airport. Talking to the person sitting next to me, it turns out I was in luck. A new Metro line had been opened in July from within the terminal building which would connect with the line going into the center of the city - very convenient and cost less than 4 Euros for the 50 minute trip.

A note on the metro route taken -
I took the Red Metro line from inside airport terminal building to S Sebastio where I changed to the Blue Metro line to Baixa Chiada which is in old city centre close to the river Targa
The Lisbon Metro plan is in below link
http://www.golisbon.com/maps/lisbon-metro.html
It took about 50 minutes each way from inside airport terminal building. You can get tickets from machine at station with credit card. So if you have checked your bags for whole trip, it should be possible to visit the centre of Lisbon if you have a 5 hour plus wait between planes.

Wonderful weather for wandering around the elegant old city 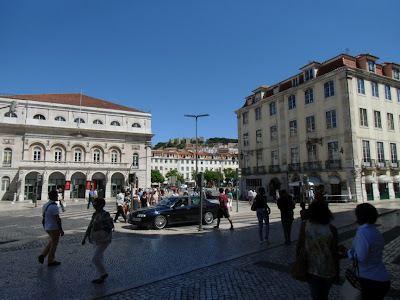 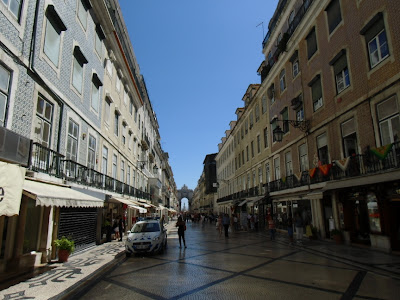 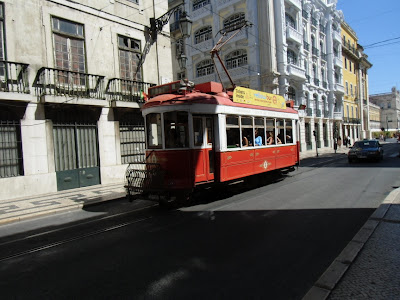 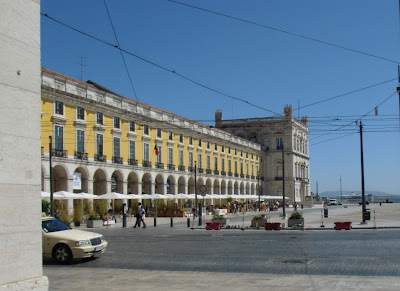 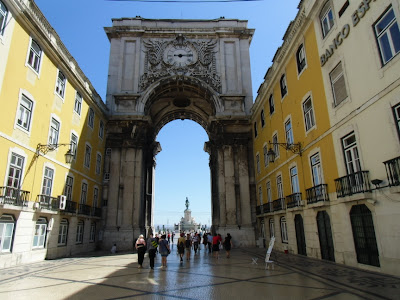 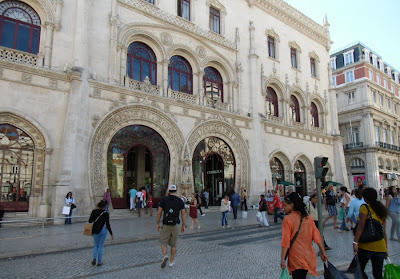 It was a good job that I had spent the afternoon in the city as on returning to the airport I discovered that the flight had been delayed by over 2 hours due to airtraffic control issues.
The next day had to sample the superb Dutch pancakes at Landgoed Mariënwaerdt. 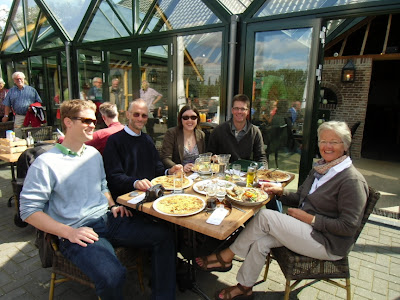 Wedding party travelling to the church in style 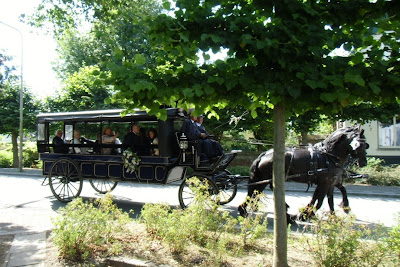 followed closely by the wedding couple 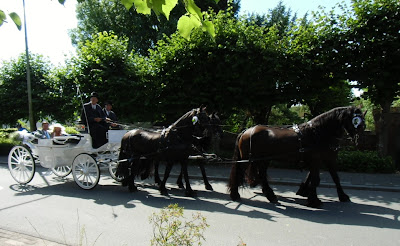 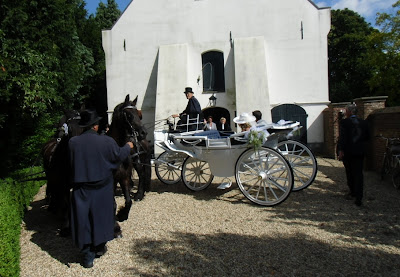 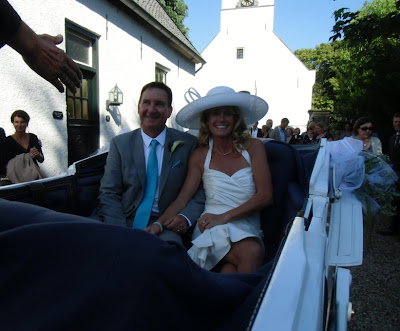 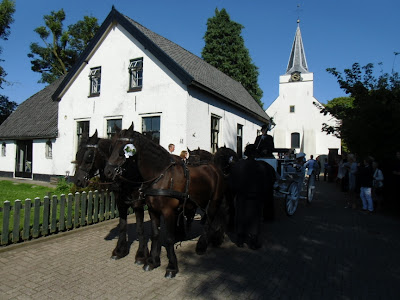 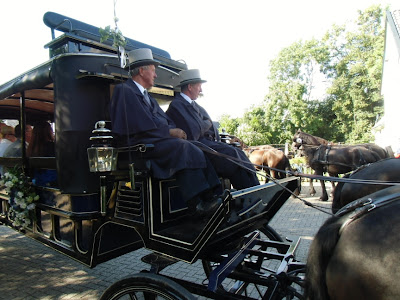 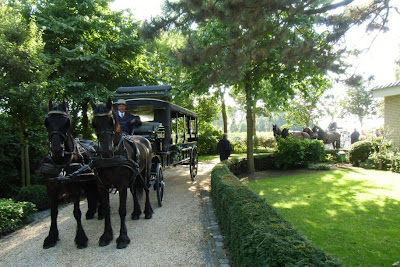 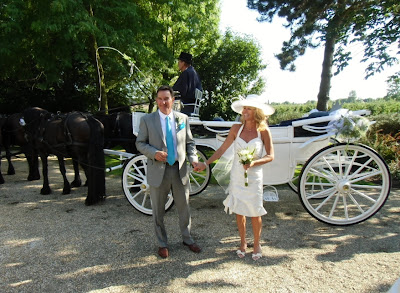 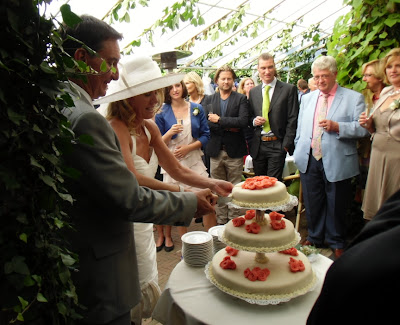 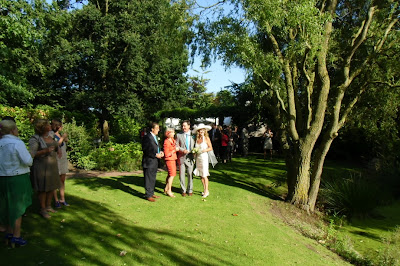 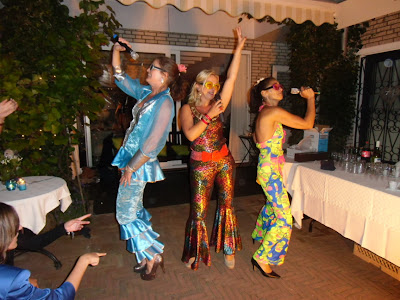 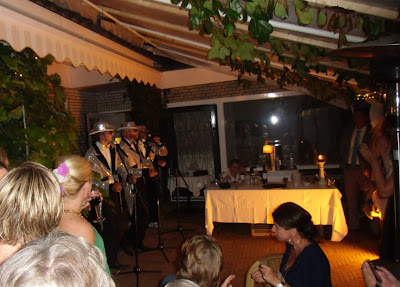 Could not leave Holland before yet another of those delicious pancakes 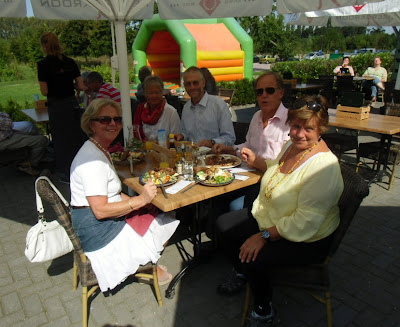 Holland is the land where everything is possible - such as this pancake with cheese, bacon, stewed cheries in syrup and icecream - yummy - the waitress did ask twice to check if that was really what we wanted but brought it all the same 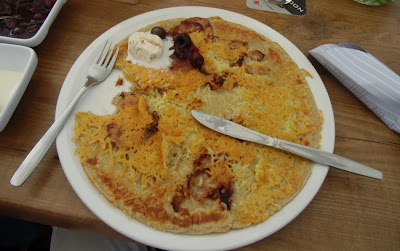 Caught the 19.50hrs SATA flight from Amsterdam back to Ponta Delgada on Monday 3 September ( the only day SATA flies directly between Amsterdam and Ponta Delgada, Sao Miguel, Azores) after having had a super weekend in sunny Holland.

Mike, you have been hanging too often with Americans. When I read about your pancake with cheese, bacon, stewed cheries in syrup and icecream I wondered 'why only one?'......
Greetings from Bilthoven
Hans