It is now 8 days since the operation to reset my fractured wrist. During this time the swelling has reduced and there is hardly any discomfort. From the internet I understand there are typically 4 stages in the miraculous self healing process - I guess I have passed from the Inflammation stage to the Soft Callous Formation stage. Apparently "Fibroblast cells that are present in the Granulation tissue begin to form Cartilage and Fibrocartilage. This is a spongy material that fills the gap between the two fracture fragments, although it remains quite weak to external stresses for around six weeks." is what is now supposed to be happening.
After another few weeks I should enter the Hard Callous and finally the Bone Remodelling stage. Reading about this process makes one realise how amazing our body processes are.

Meanwhile Dutch Link lies quietly in her mooring with the step one of our neighbours kindly placed at her bow to facilitate boarding. 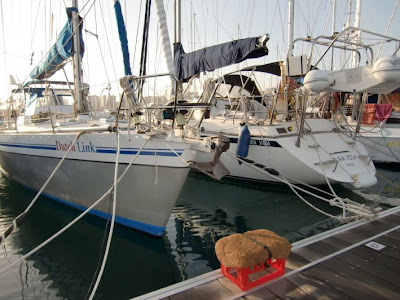 Have done a little exploring around the old part of Las Palmas with its maze of streets and elegant buildings.
Visited the Casa Colon - the house where Christopher Columbus stayed before his historic voyage in 1492. 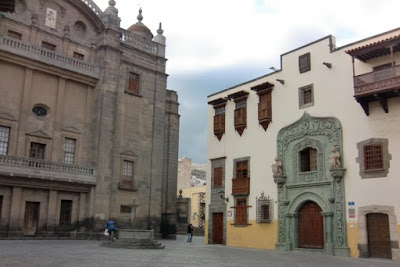 The house is built around a beautiful central courtyard 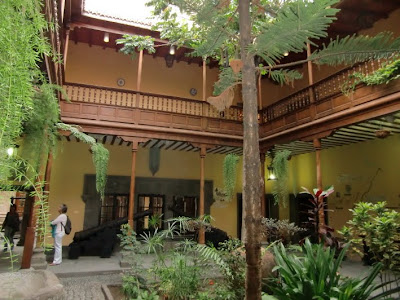 Amongst other exhibits are some Portolan charts from the 16th century - the type of chart which was used mainly for navigation in the Mediterranean and Black Sea but would have also been used by Columbus. 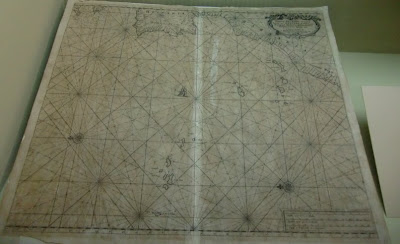 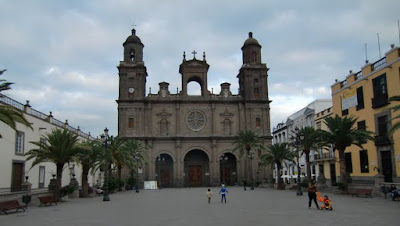 In front of the Cathedral are two groups of bronze dogs, presumably in recognition of the origin of the name of the Canaries Island group. It seems that the islands were not called the Canaries because of the Canary birds that live here but because of the dogs (latin canis) kept by the Gaunche tribes who lived here before the arrival of the Spanish. It is possible the birds get their name from the fact that they live here. 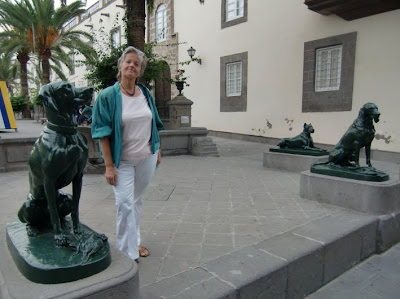 Afterwards we could not resist our favourite icecream parlour 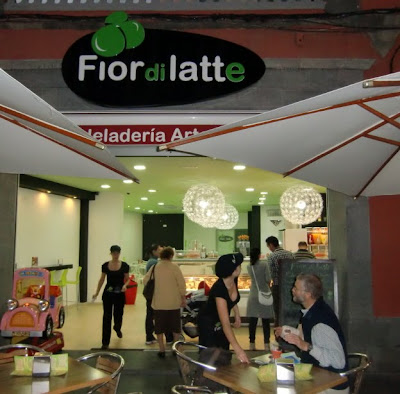 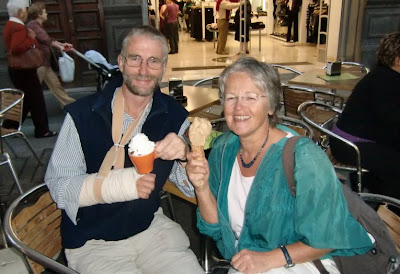 Another walk took us through the Parque Doramas just behind the marina where many Dragon Trees were in fruit. 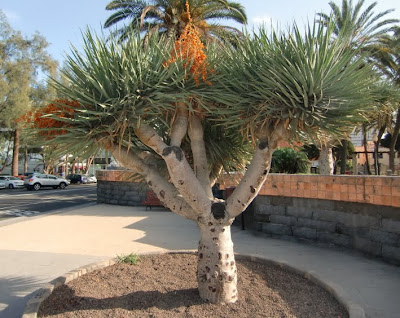 and past the bronze group of Guanches 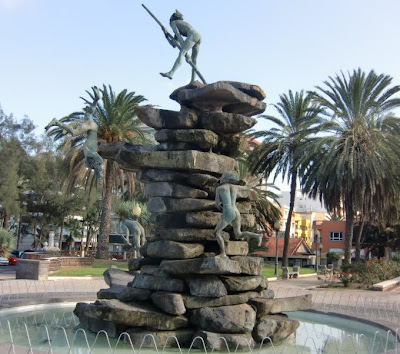 and past the elegant Hotel Santa Catalina, built in 1890 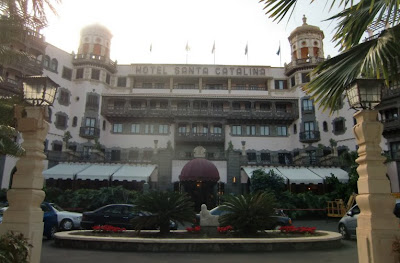 Climbing steeply through the formal gardens behind the hotel one quickly starts to get suberb panoramic views of the city and harbours. 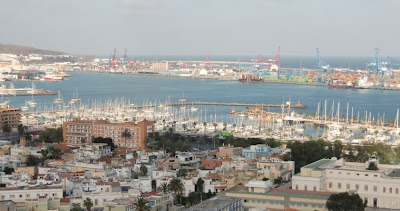