13 January woke to beautiful sunny day so decided to do some more exploring. took the 41 bus to Las Coloradas, a small town on the La Isleta peninsular which forms a natural protection for Las Palmas harbour. Had intended making a circumnavigation of the peninsular but found our way quickly blocked by rusting barbed wire with notices telling us this was a military area - keep out! 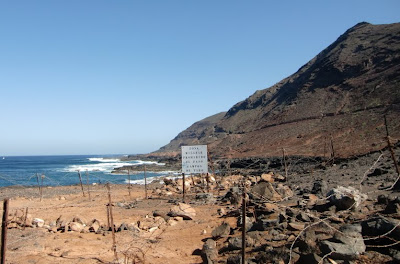 So made our way down a loose rocky path to the rugged lava coastline where the waves were breaking magnificently over the rocks. Decided this was a great picnic spot and Jeannette could not resist a yoga session with the crashing breaking waves in the background. 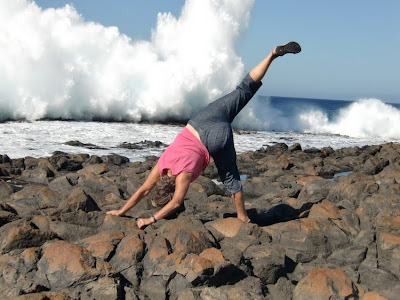 
After some more scrambling across the lava, we reached the Bahia del Confital, a favourite place for surfers when the tide is right. 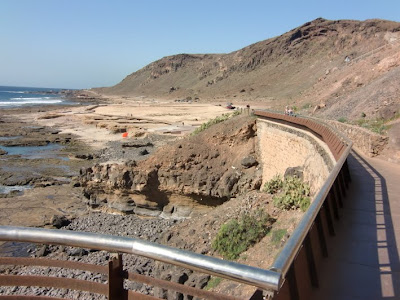 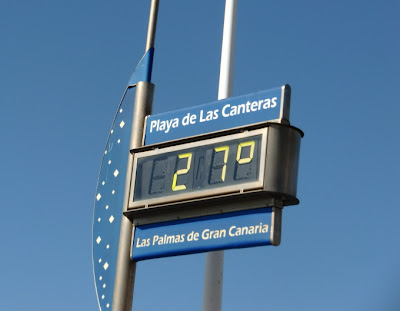