The last couple of weeks we have been enjoying life in Las Palmas . One of the highlights was meeting up with old Kemer friends Gerrit and Frieda on their Grand Banks M/V Houdoe who we had not seen since 2004. We went to see the musical Chicago in the recently renovated Teatro Perez Galdos which was built in 1919.

Took the 312 bus to Tafira Alta and had a stroll around the very extensive Jardin Botanica Canario Viera y Clavijo named after the botanist (1731 to 1813) who wrote the Canary Islands Dictionary of Plants. The gardens include examples of plants from all over the Canaries and other places in the world. 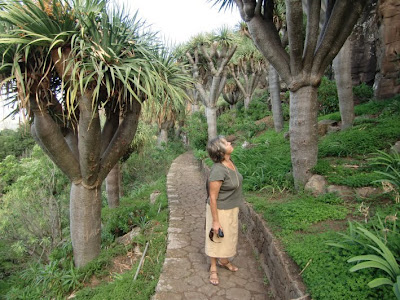 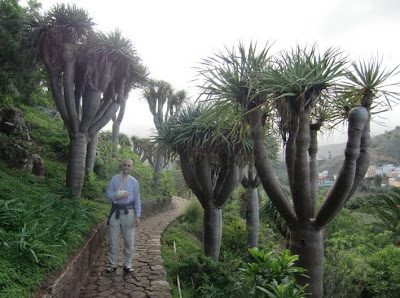 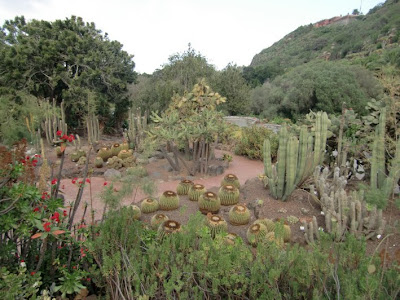 Another day we took the 80 bus to Telde, a town in the foothills which used to be the seat of the local King of the Guanches. Visited the Basilica of San Juan Bautista 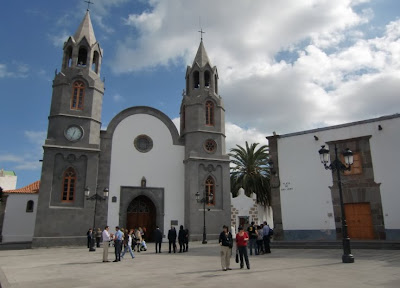 which is adjoined by the Plaza de San Juan 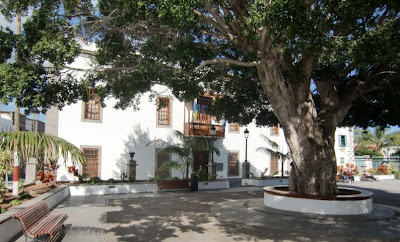 Telde was the birthplace of the renowned Leon y Castillo brothers. Their house is now a museum 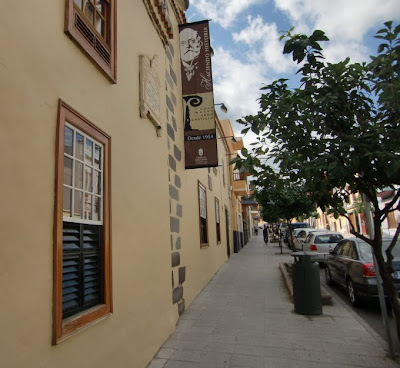 Fernando de Leon y Castillo (1842 - 1918) held many important positions in the Spanish Government including Minister of Foreign Affairs. He was largely responsible for the regeneration of Gran Canaria including the development of las Palmas Harbour. 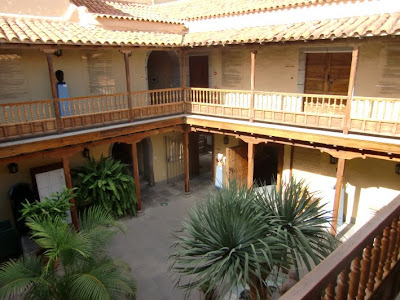 A few days ago, the Las Palmas marathon took place. 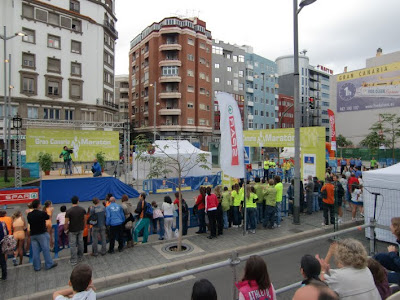 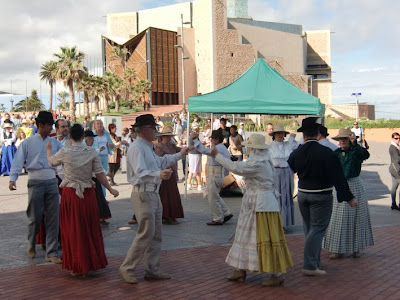 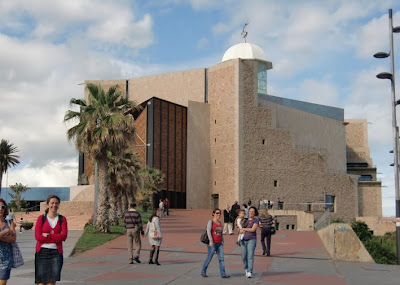 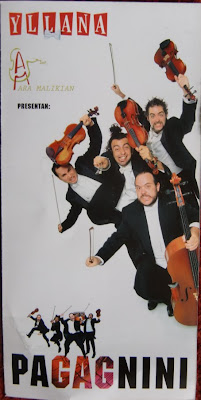 As their brochure suggests, the show was hilarious with the three violinists and a celloist, playing classical pieces whilst leaping around the stage in a humourous manner without missing a beat - highly recommended.
The lady ushers were smartly dressed as usual but in their afternoon colours rather than their usual black uniforms. 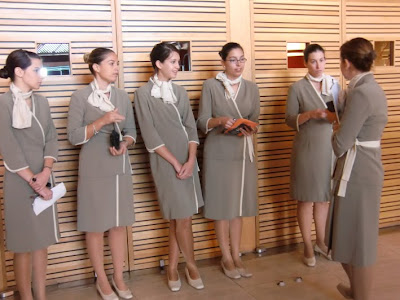 The Auditorium is a superb building with the possibility to allow views of the sea behind the stage. 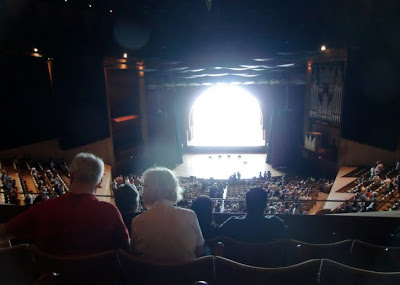 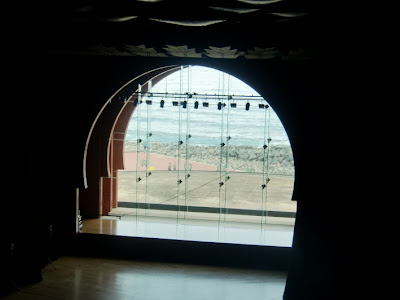 During the intervals one can enjoy a breath of sea air on the platform overlooking the bay. 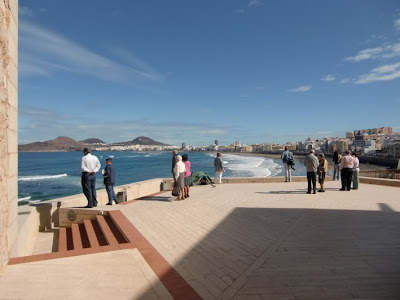 It is not all play , however, and with Mike still unable to do much with his fractured wrist, Jeannette has ably assumed even more roles - this time as plumber installing a new tap. 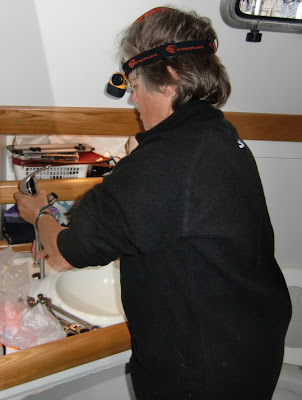 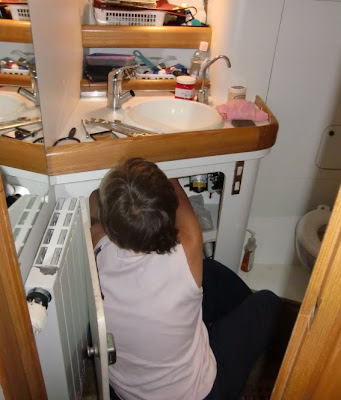