The Grib Files indicated that the afternoon of 20 November would be a good time to leave Agadir, Morocco for the 244 nautical Mile sail to Lanzarote, course 247 degrees True , ie SW.

The wind was forecast to be in force 4 to 5 from the North, slightly NNW to start with then moving through North to NNE - perfect for our trip 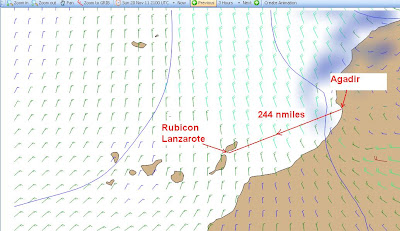 We had planned to leave at 1300hrs which would give us ample daylight to negociate the reported fish nets off Agadir. However, due to a misunderstanding with the Immigration Officers (we did not realise that they had to take our passports to the main port to stamp us out and that , with the current state of communications, this process could take 2 to 3 hours.

Our passports were duely returned and we exited the marina at 1600hrs.
It was a veritable nightmare getting through the maze of
fishing nets close to the marina  but
luckily made it without snagging the prop. The
nets seemed to completely block the marina
entrance - row after row after row of lines of
little floats - so impossible to see a clear route
through. We had been  warned that a boat had recently left at night and had to dive to clear the prop so we were alert but didnot expect so many so close to the marina.
We had to reverse several times and feel our way through. 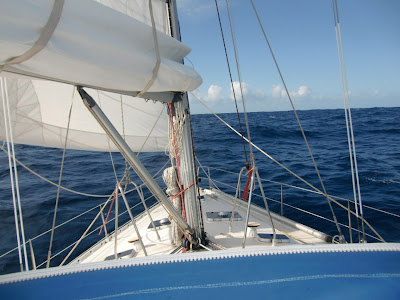 The Grib file wind predictions were more or less spot
on direction-wise so we were beam reaching most of
the way. 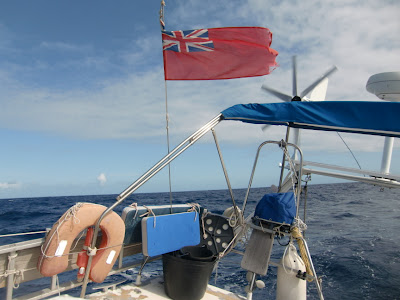 As is often the case, the actual wind
strength was a bit higher than forecast - we had
frequently 20 to 25 knots with gusts of over 30
knots.
The last few hours we were making 8 knots. 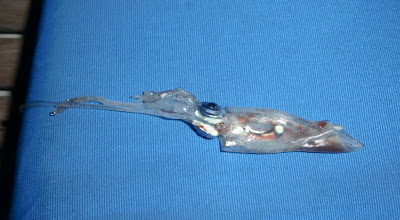 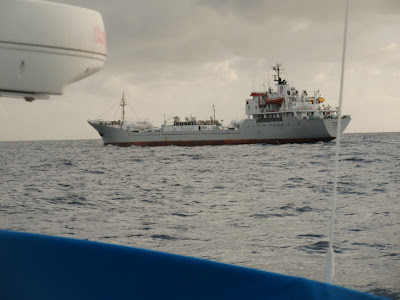 Approaching Punta Papagayo, the headland at the southern end of Lanzarote at 1000hrs on the morning of 22 November 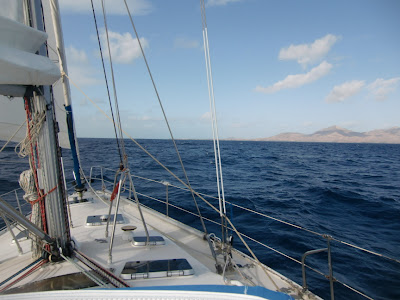 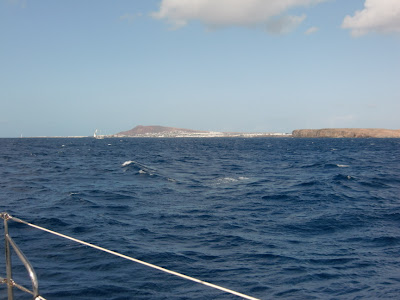 Safely moored in the Rubicon Marina on Lanzarote at 11.45 hrs 22 November. 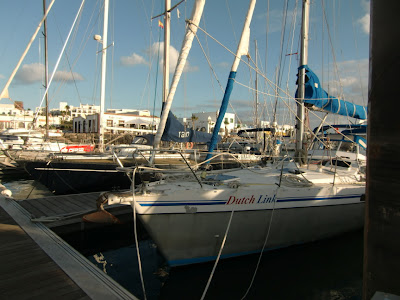 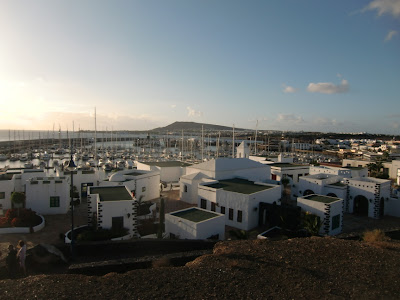