Las Palmas on Gran Canaria is 95 nautical miles WSW of the Rubicon Marine on Lanzarote,  so is just too far to be able to sail during daylight hours. Consequently, we checked out of the marina at 1200hrs 25 November (have to pay extra day if leave after then) and anchored just outside the marina to wait for 1600hrs, the ideal departure time.
As the Grib Files indicated that the wind would veer from NNE to NE during the night, we rigged up the pole on Starboard so that when the wind veered such that we were more or less on a dead run, we could furl the Genny which would be on port and pole it out  easily on starboard from the cockpit without having to go on deck. 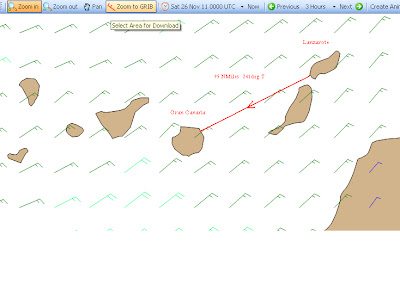 By 16.30hrs we raised anchor and shortly afterwards were briskly sailing on a broad reach in a NNE 5 to 6 Bft with 2 reefs in the main and 2 reefs in the Genny making over 7 knts SOG. 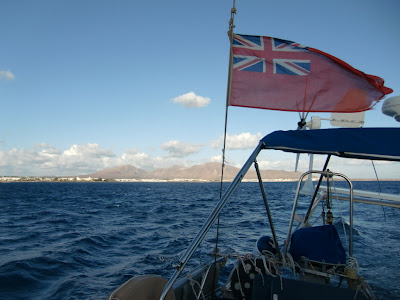 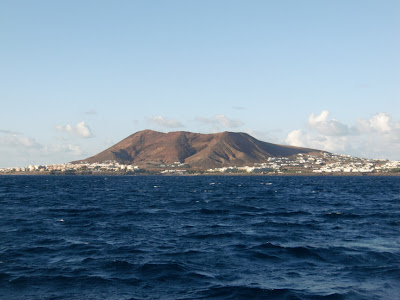 During the starry, moonless night the wind slowly lessened to a 4 Bft and veered as predicted to the NE. So we furled the Genny and pulled it out on starboard on to the pole and goosewinged our way running downwind.

During the night the faithful AIS warned us of potential close encounters with in total three ships which we called up on Ch16 and confirmed that we had been seen and that avoiding action would be taken. 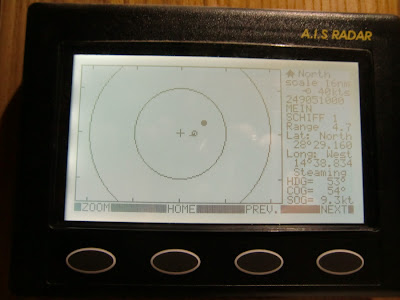 By 0715hrs dawn was breaking 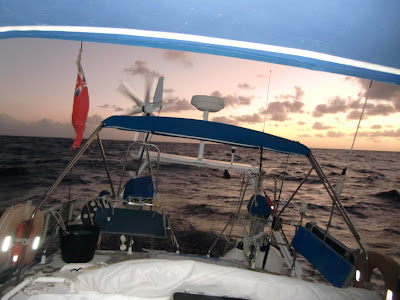 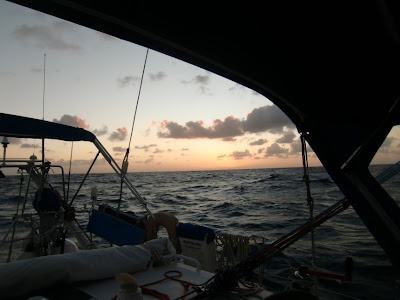 and at 0735hrs we were treated to the sunrise 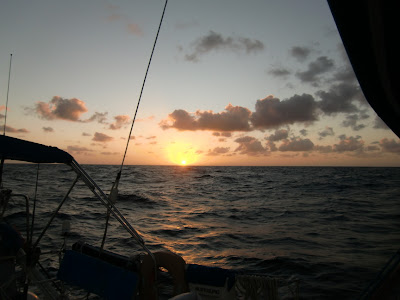 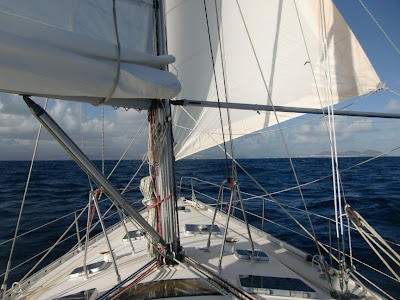 By 1130 hrs we had checked into Las Palmas Marina and were back on the same Pontoon L just a few boatslots away from where we spent last winter, having had a very pleasant nightsail. 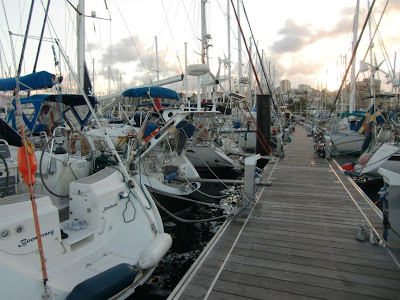 Distance covered 97 nMiles in 19 hours of which only 2 under motor, average speed 5.1 kts 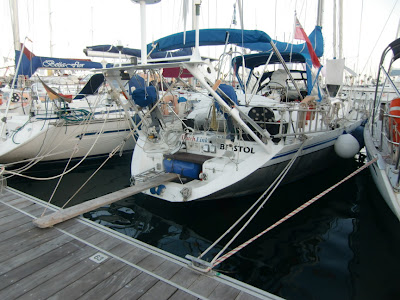 ﻿Below is overview map of Las Palmas 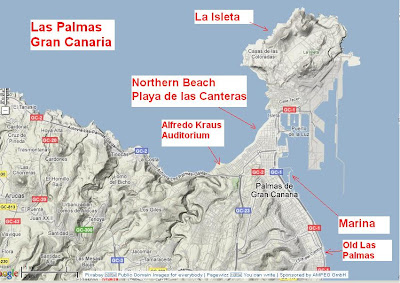