Caught the 08.15 Nr 220 bus from Telmo Bus Station , Las Palmas arriving at Artenara around 10.15hrs.
Our 8.5 km hike from Artenara  to Cruz de Tejeda is described in the below website:-
http://www.medianias.org/senderos/en/tejeda_10.htm


The information board in Artenara 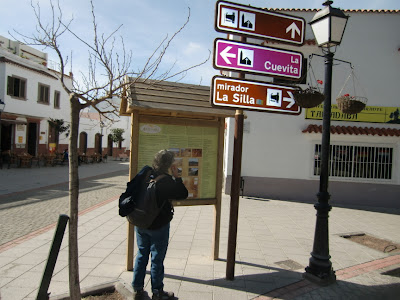 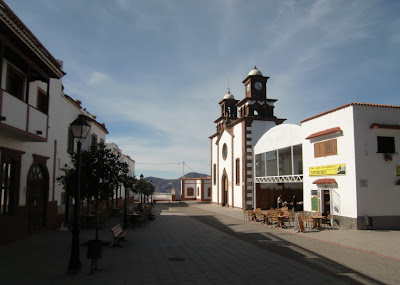 As the walk is quite short, we decided to treat ourselves to coffee & cakes before we started 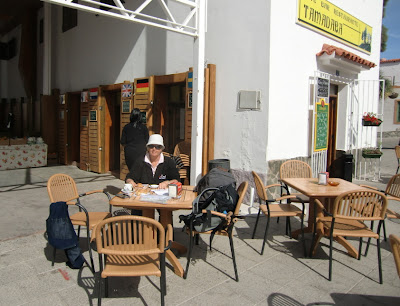 The route follows the edge of the caldera, the first part passing between the part cave houses clinging to the cliff sides 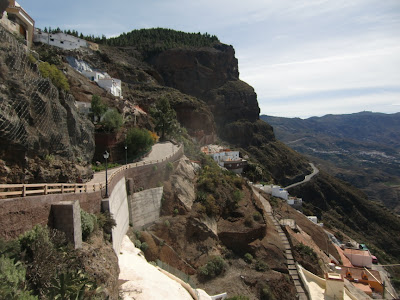 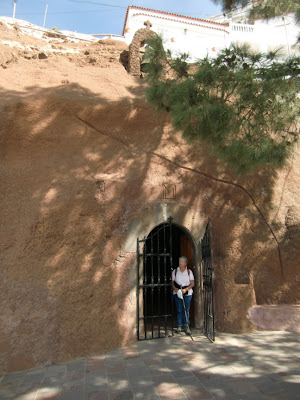 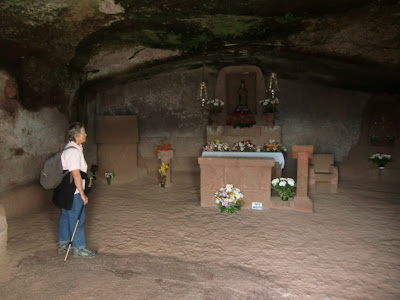 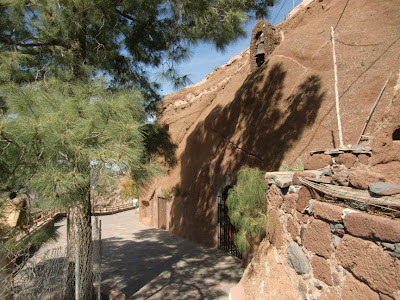 and continues passed the houses 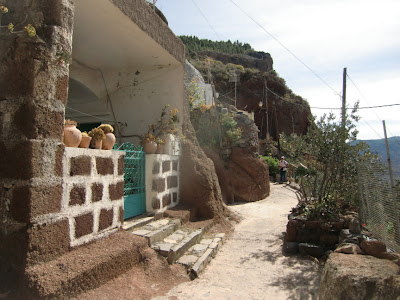 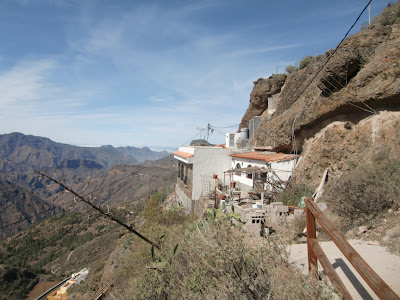 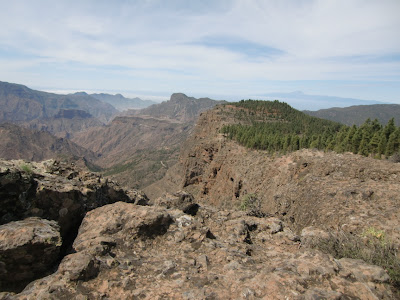 with the peak of Mount Teide on Tenerife 60 miles away, clearly visible 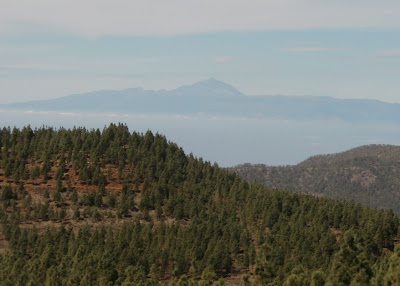 A break with aview over the cliff 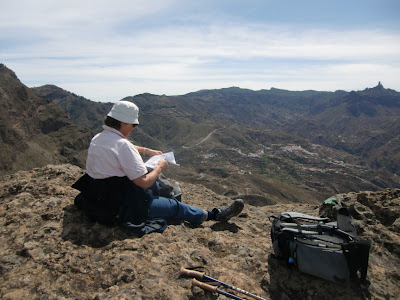 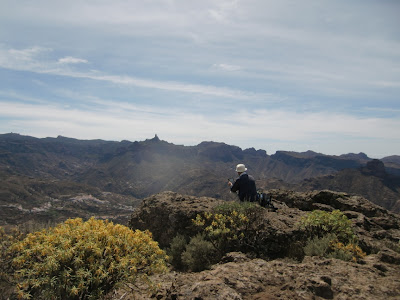 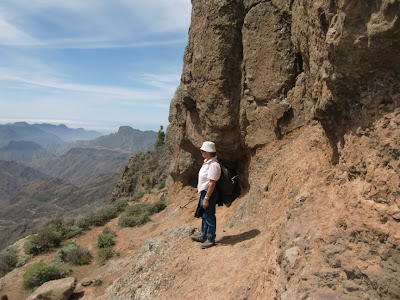 Entry into the caves is prohibited 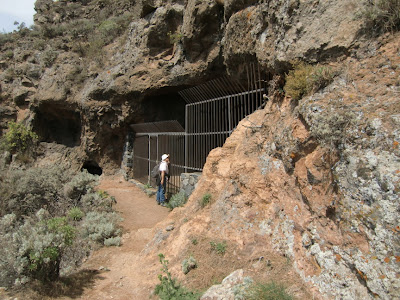 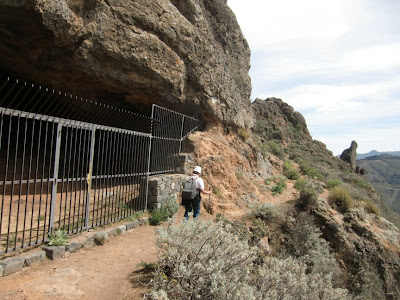 View from the caves to Roque Nublo 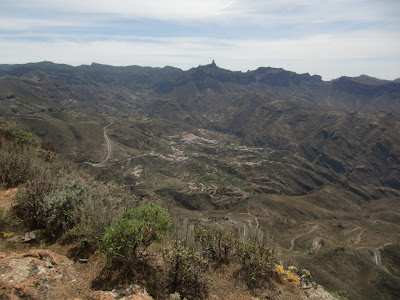 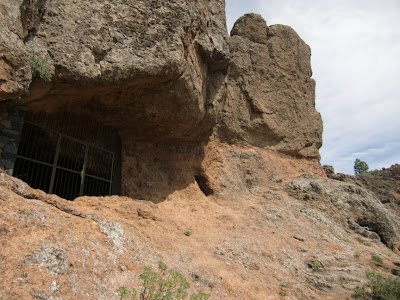 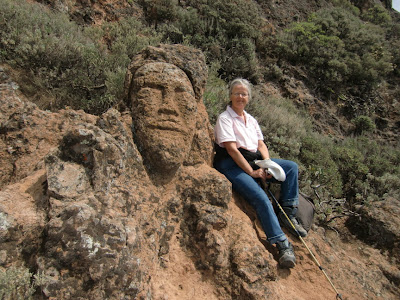 Roque Nublo in the background 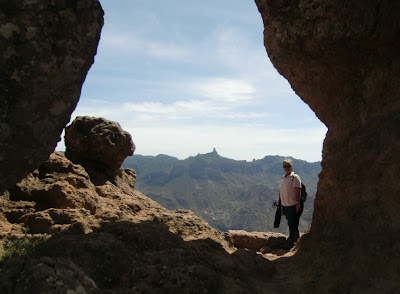 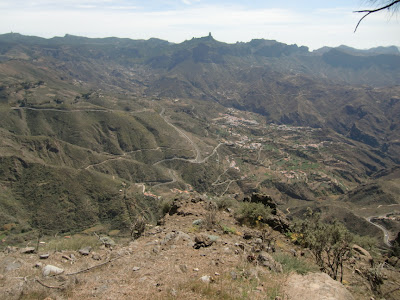 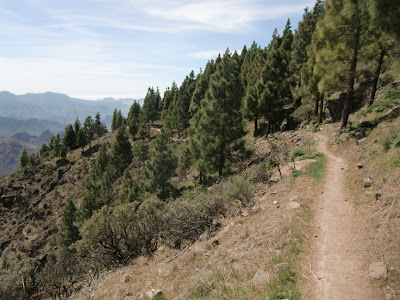 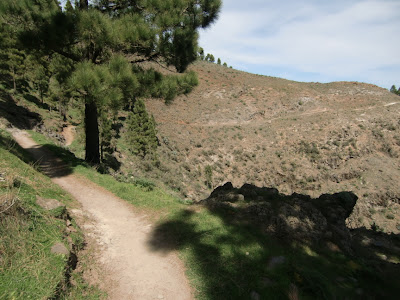 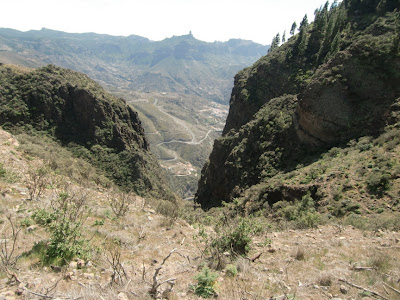 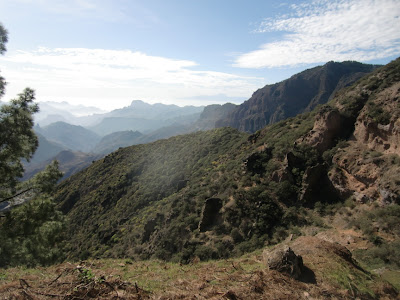 On arrival in Cruz de Tejeda at around 1700hrs, we discovered that we had misunderstood the bus timetable and that we had just missed the 16.18 hrs bus. The next and last bus would not arrive until 19.18hrs.
So, as the weather was fine and warm, we decided to have a meal on one of the cafe terraces and relax. We were rewarded by a magnificent sunset over the caldera. 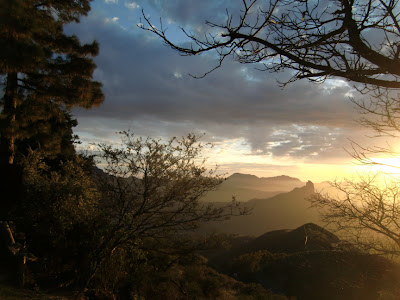 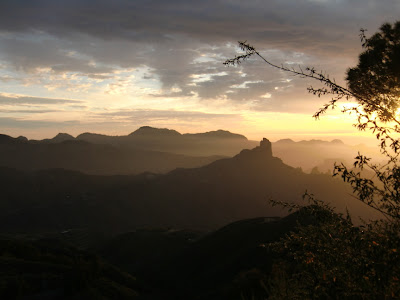 with Mount Teide silhuetted against the pink sky 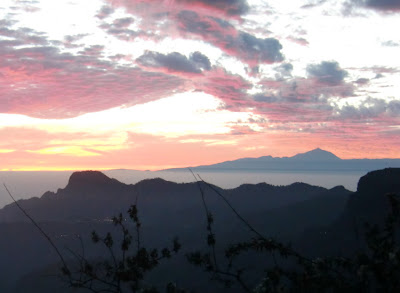 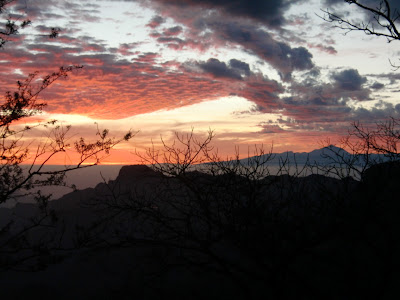 So, despite the long delay, all in all we had a fantastic day in the hills.