We apologise to all our readers for the lack of Blog updates - we found it difficult to find time when back in northern Europe and, believe it or not, we have been very busy working on the boat since we returned to Las Palmas. I have posted dummy blogs for the missing blogs with the intention of completing them in the next few days (weeks??).
Just before leaving Dutch Link last December, our printer broke down. Spent a couple of days trying to find a replacement which would fit in the small space available above the Navigation area . The smallest I could find was the WiFi 3-in-one HP 5514 - but this required quite some work to install, involving lowering the original shelf. 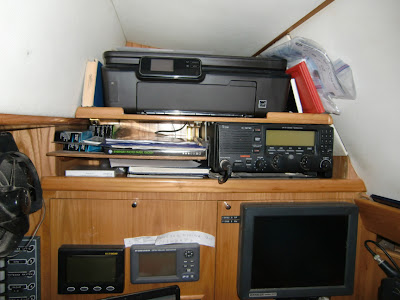 The next exercise was to find a flat screen TV with USB input. We chose the LG 22LV2500 and spent several days making a shelf for it to sit on with a screw clamp system to secure the DVD player and external Hard Drive. Now, at the press of a button we can watch TV, play movies from the external hard drive or from the DVD player - what luxury - if we have 220volts ! 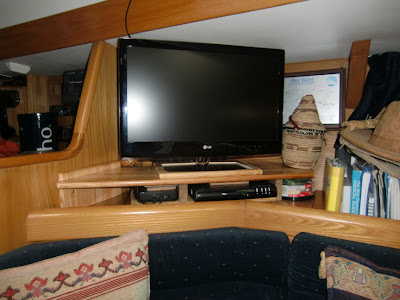 Modified a wall clamp so that the TV stays in place when sailing. 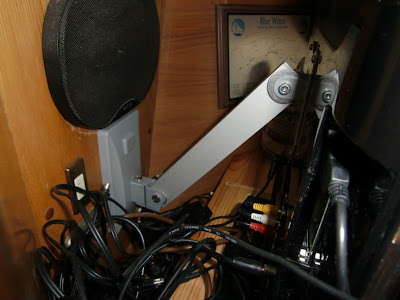 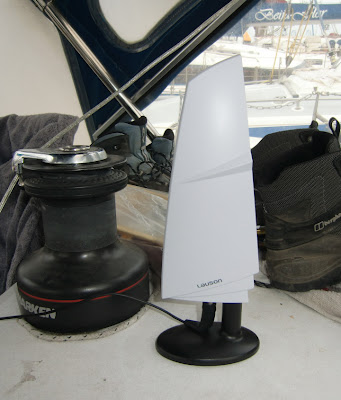 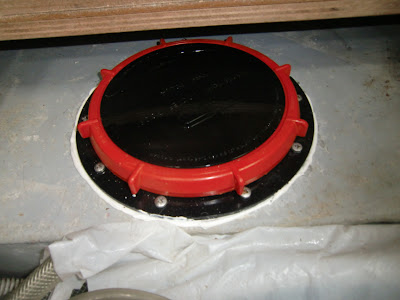 Then replaced the corroded alloy engine air intake and circulation cowls with new SS cowls - the builders had not used Duralac on the SS bolts so most of the old bolts broke off in the Aluminium plate - just to make a simple task that more difficult. 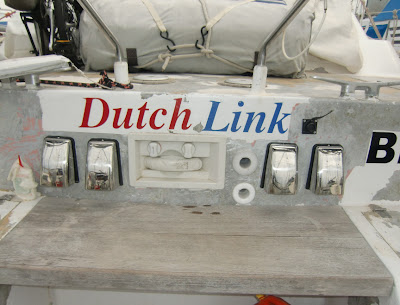 The diesel generator has been starting with difficulty and I had diagnosed, last December, that the likely cause was a faulty electronic fuel booster pump ( pump required as the diesel tank is in the stern and the generator in the front of the boat so the diesel supply line is very long). So I replced the pump with an identical pump from the UK - and much to my relief, the generator started first time after not being used for 4 months. 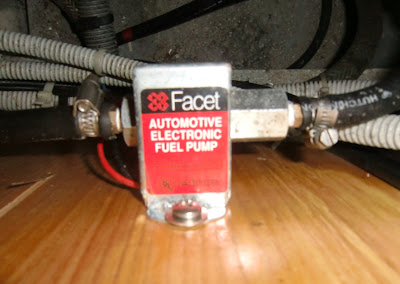 The job I've just finished is the replacement of  the Volvo Penta gearbox oil cooler. This is necessary as the bronze drain plug had corroded and has been leaking seawater into the bilge for some time. 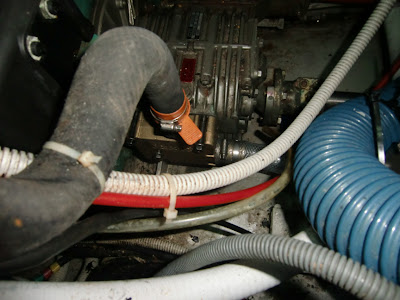 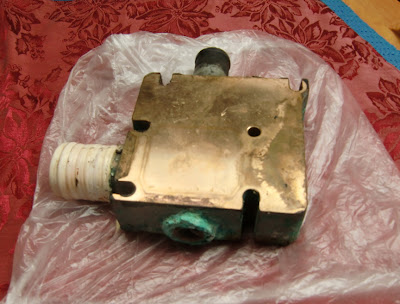 On trying to unscew the drain plug, the plug broke in two.
Below is the new and old plug 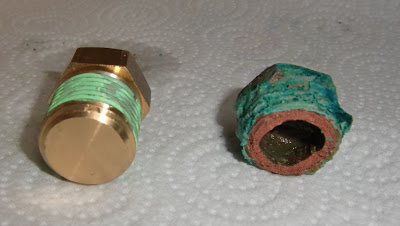 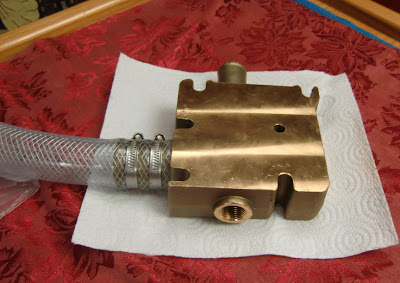 The new oil cooler installed - completion was delayed as the new Volvo Penta bolts were too
long and had to wait for shorter bolts. Fortunately the engine now runs without leaking seawater. 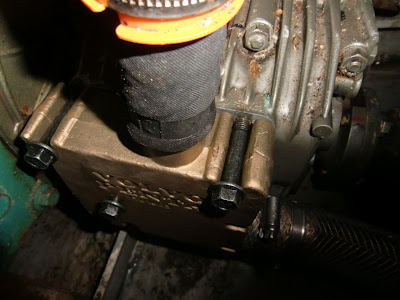 Jeannette received an IPAD for Xmas. Unfortunately it is not possible to plug a USB WiFi external antenna into an Ipad - very necessary for us on board as the WiFi signal in the boat is usually very weak.
So I searched the web and found the Alfa Awus R36 mobile router.
Our external Alfa AWUS036H antenna plugs into a USB port on this magic box.
The box then broadcasts our own  amplified WiFi signal throughout the boat allowing us to have internet on as many PCs and Ipads as we wish - even in bed - a great find.
It is also possible to provide internet to the R36 via either a 3G USB modem or to plug in the ether net cable from a WLAN line - whatever the source of internet one can rebroadcast it as WiFi. Also it is possible to connect direct to a PC via ethernet cable instead of WiFi.
All-in -all a very handy magic box.

The magic R36 box is the white box between the yellow Epirb and the black portable VHF in front of the grey autopilot remote control box - if you can follow all that! 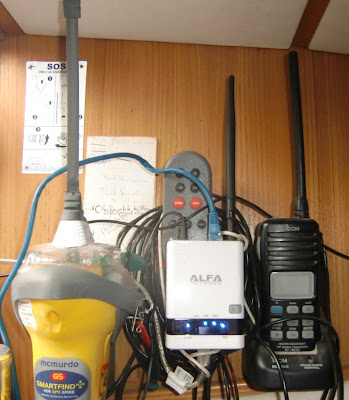 Below is an Alfa AWUS036H antenna

which we hang in plastic bags, for weather proofing, in the rigging 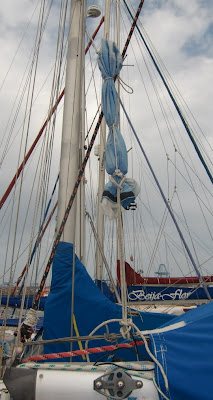 We have not been working quite all the time since we have been back on Dutch Link. Most mornings we have our walk to the S Korean Church on the hilltop overlooking the marina. There are often semisubmersible drilling rigs moored to the outer breakwater for maintenance -on his occassion there were two in port, clearly visible from our hilltop. 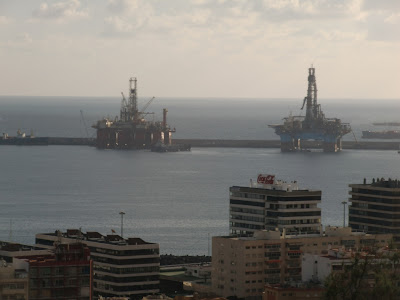 During the weekends we have had some wonderful long walks - the subject of the next blogs. We have been fortunate that there are several boats here which we know from other islands and we are having a very sociable time together.
Posted by dutchlink at 17:38