Horta celebrated its annual Sea Week festival in fine style between 7 and 14 August. The boulevard was festively lit at night and restuarant marquees and other stalls erected 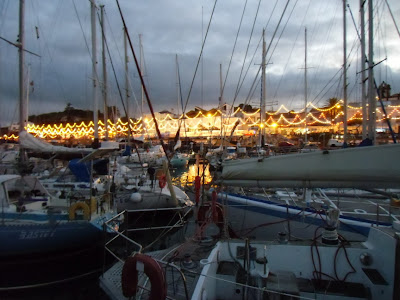 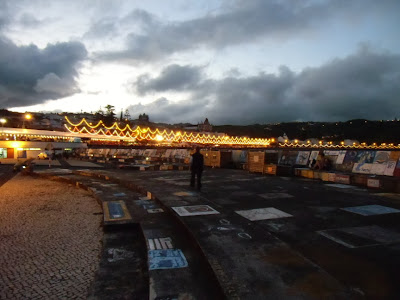 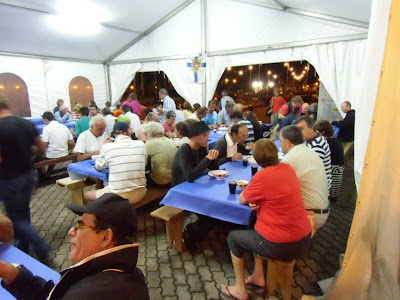 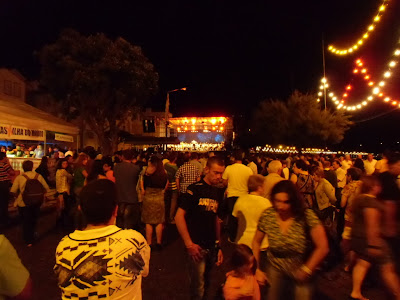 one evening was celebrated with Fada.
Unfortunately, after midnight the traditional music was replaced by very loud pop group bands till the early hours of the morning - the supply of earplugs from the festivities in Praia da Vitoria from last year came in very useful 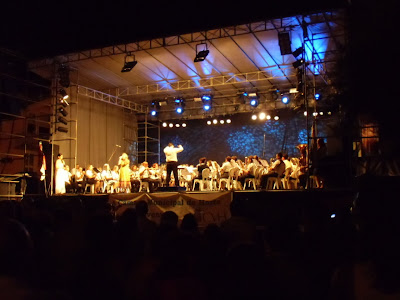 The town dignitaries made speeches 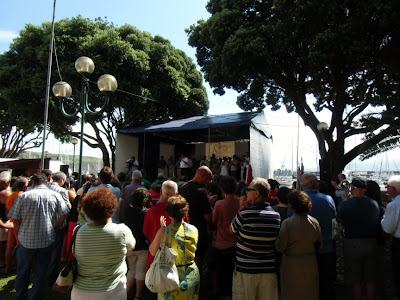 and local bands marched through the streets 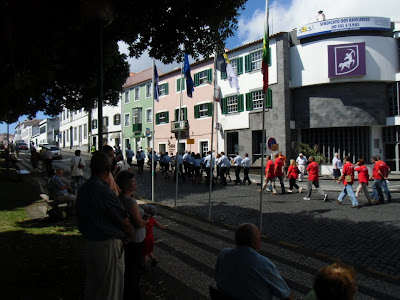 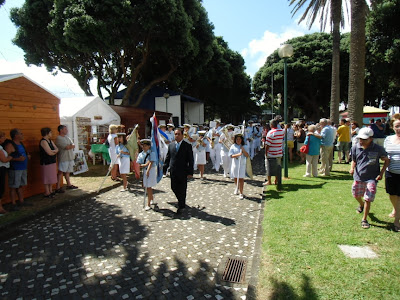 one evening we were treated to folklore dancing 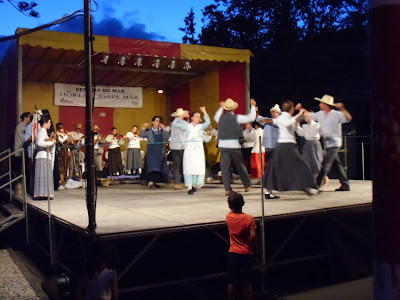 A sailing race was held for any cruisers that wished to take part. 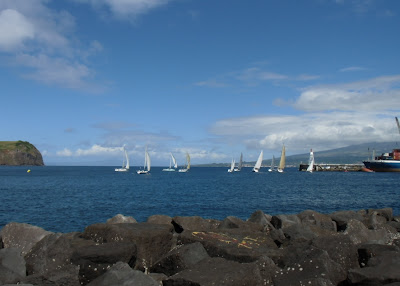 As with all the Azores Island, the old whaling heritage is not forgotten and the local fleet of whaling canoes had a race between Faial and Pico 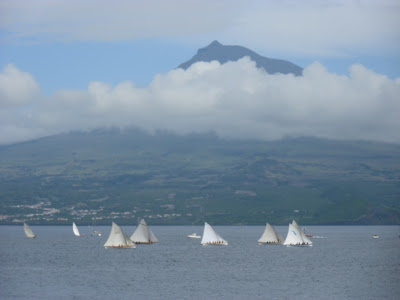 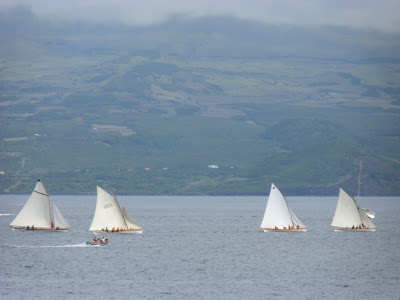 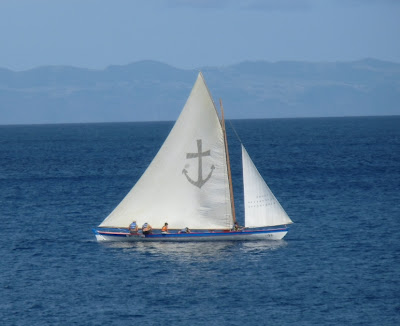 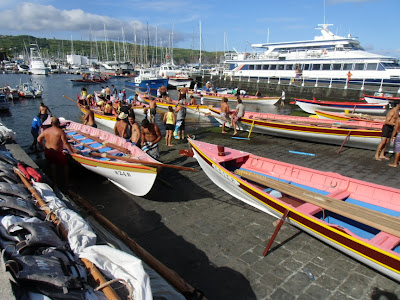 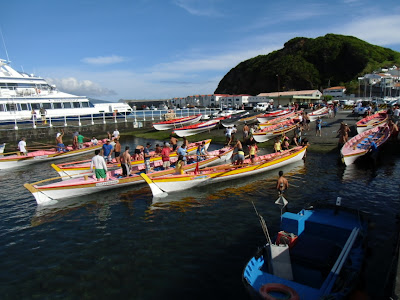 During the week we visited the Horta Whaling Museum which is basically the renovated site of the old factory where they processed the various parts of the Sperm Whales which they hunted. Below are the boilers for producing whale oil from blubber - at the time this was liquid gold 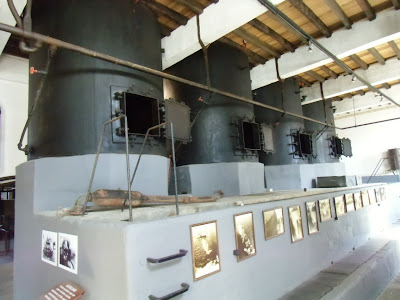 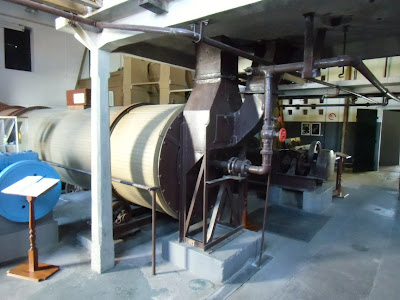 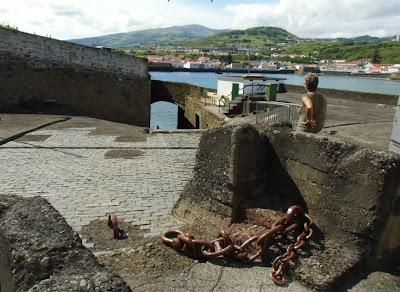 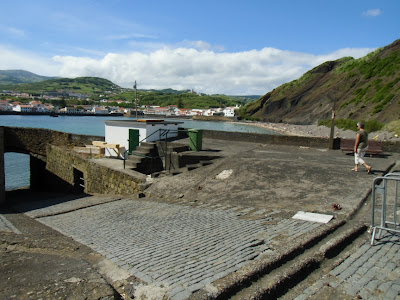 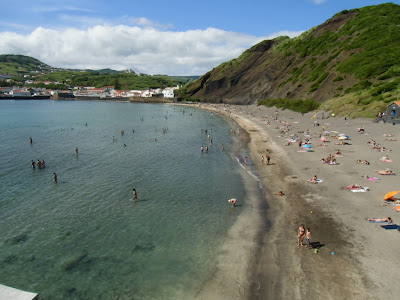 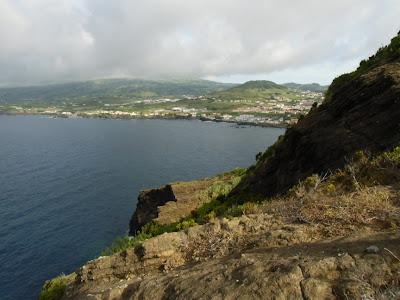 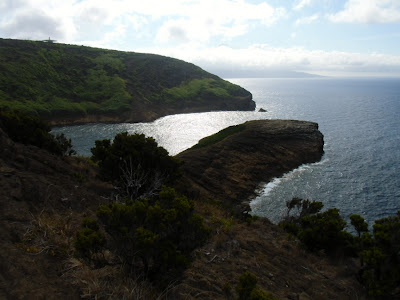 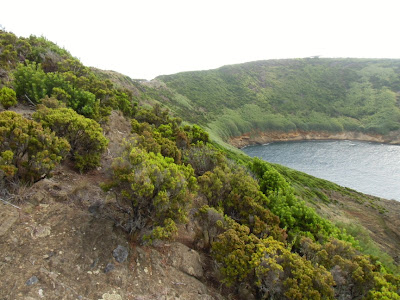 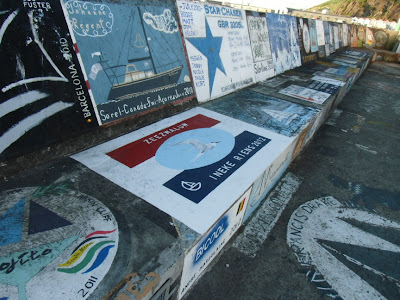 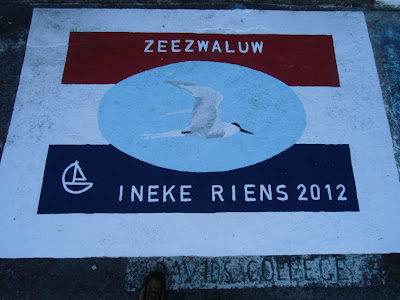 Met up again with singlehander Chuck from S/V Reflections who we had last met at anchor off La Gomera in the Canaries 18 months ago. Chuck introduced us to the novel cooking method of Sous Vide - the steak he cooked for us had been cooking very slowly vacuum packed in a water bath for about 3 days at a precisely controlled temperature of 55 degC - end result - delicious. On Googling Sous Vide - see Wikipedia link below,

we find that this is a technique used by many top chefs.