Left Horta marina 14 August 2012 and headed SE for the southern tip of Pico en route to Lajes do Pico on the south coast of Pico. 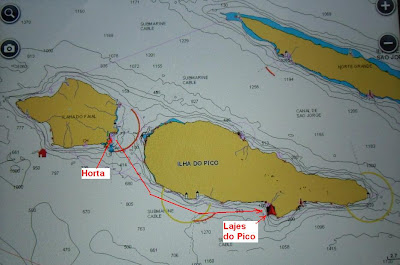 As the wind was a NWerly 5 and we were on a run and it was only 20 nMiles to the marina, we decided to sail only on the Genny - fully expecting to have to motor once in the wind shadow of Pico.
A cloud covered Pico 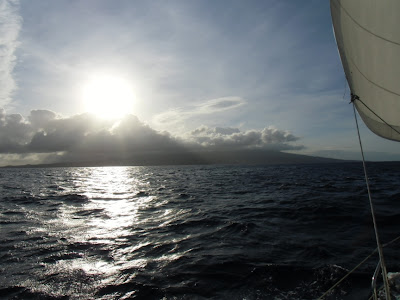 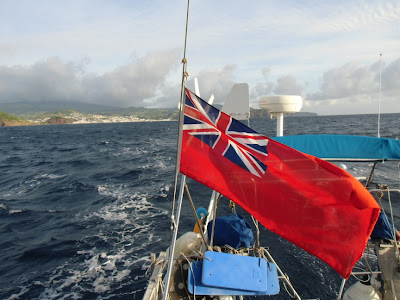 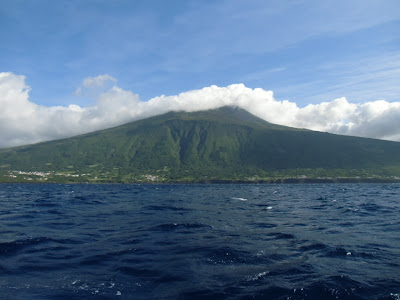 After about an hour the wind became somewhat variable and the Genny was flogging in the swell so we furled it in and motored. The wind became quite gusty under Pico reaching 30 knots at times.
On approaching the small marina of Lajes do Pico, the wind was steady at about 25knots - not ideal for manoeuvering in tight spots. 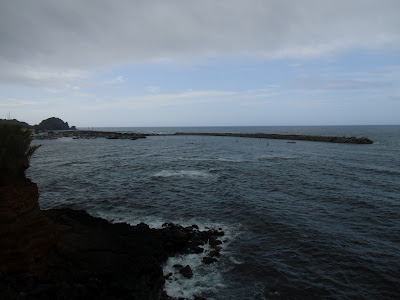 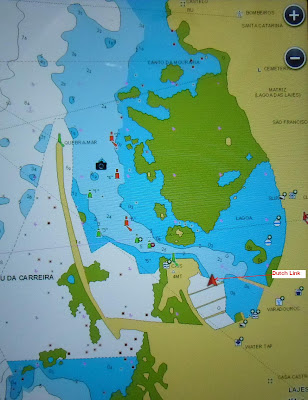 Close up of outer harbour wall 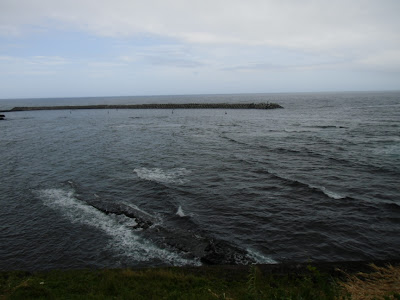 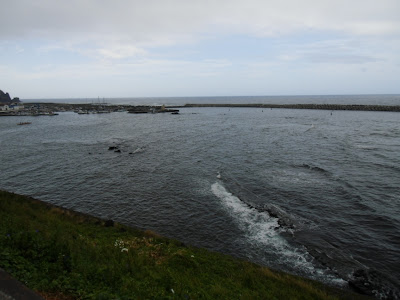 I messed up the mooring as I understood that we would have to moor on the reception pontoon as the marina was full - so unlike our usual procedure, we had fenders and ropes only on starboard. So when someone indicated we had to go to a berth which needed fenders and ropes on port we were not ready. However, there was no time to rearrange so I tried to turn the boat into the wind so as to enter the berth in reverse. With the strong following wind and very little space to turn, this manoeuvre proved to be impossible. To cut a long story shorter, we ended up on the hammerhead of the next pontoon . Unfortunately this was the domain of the many whale watching ribs who were not amused. With the help of our very friendly Harbour Master, Jose, and some discussion, we agreed that we could stay put until the wind died down a bit later in the afternoon 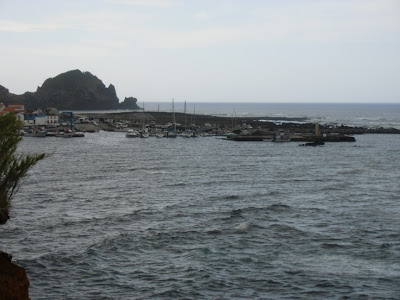 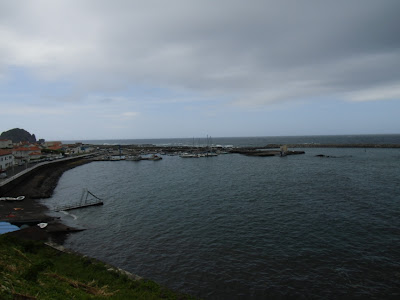 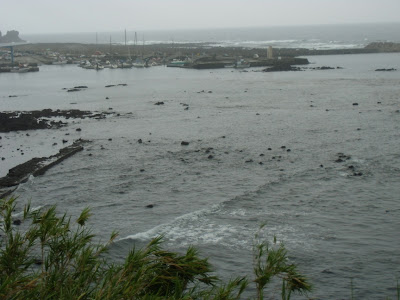 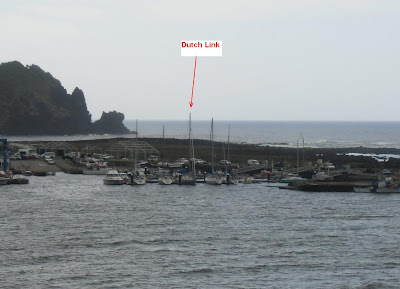 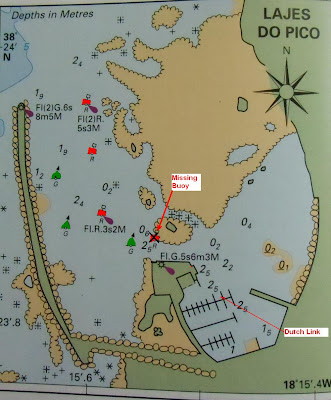 We are happy to say that the WiFi here is excellent and free thanks to Picomatica. Initially we had problems with the registration so called the help number. Within 5 minutes of calling, Paul, the owner of the company, was on board tweeking the system and indicating where to point our directional antenna - fantastic service.