We have never really considered the Azores to be a hurricane prone area. So we were somewhat surprised when what seemed like a normal low pressure 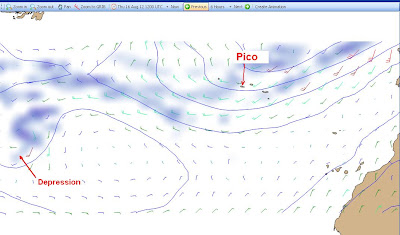 started to look on the grib files more and more like a revolving storm. 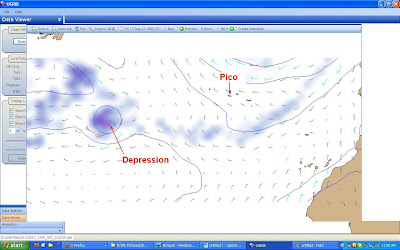 As the days went by the feature got a name, Gordon, and became a Tropical Storm 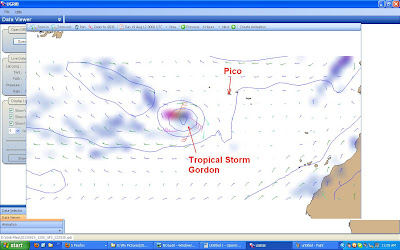 and then as it got yet closer it became a category 2 Hurricane heading straight for the Azores. 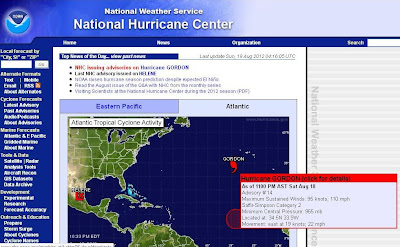 However, the track forecast by NOAA indicated that it would pass south of Pico, the island where we were moored. 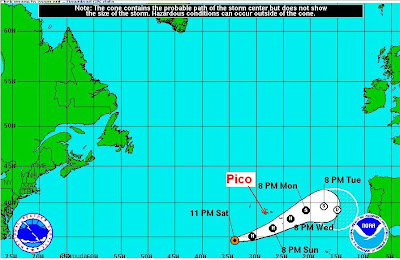 On Pico, the wind would be less than 20kts and from the East, a good direction for the Lajes do Pico marina. 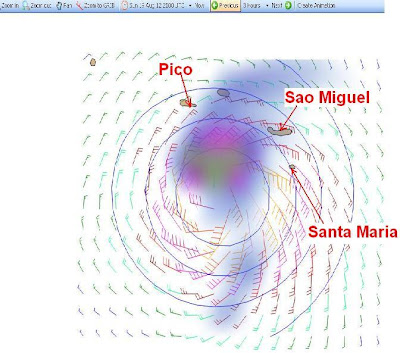 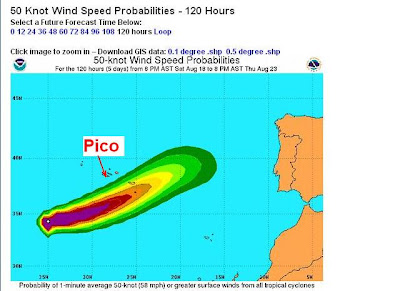 The resulting swell according to Passage Weather website would be around 4 meters from the SWest - also a good direction for us. Hence we decided to stay put. 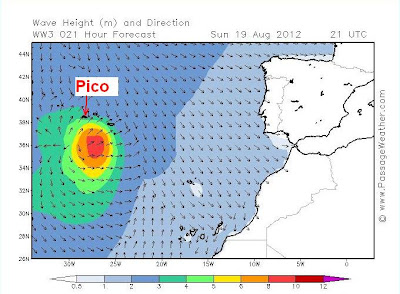 Sao Miguel and Santa Maria would not be so lucky  - the eye of the hurricane was predicted to pass over them by 0600hrs 20 August with wind and swell initially from the east - the worst possible direction for Ponta Delgada on Sao Miguel. 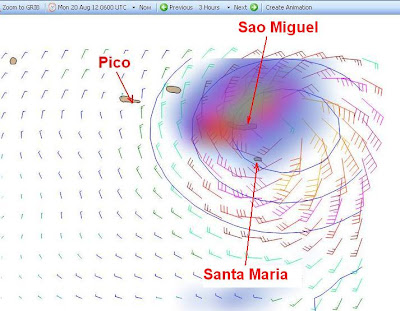 However, two days before the Hurricane was due to be due south of us, the harbour authorites based in Horta issued the advice for all yachts in Lajes do Pico and Sao Jorge to move to Horta on Faial.
We considered their advice, one yacht left Lajes do Pico for Horta but returned as progress was poor against headwinds and swell.
So, as the weather forecasting in this area is very good and put the track well to the south of us, plus the local fisherman considering that Lajes do Pico would be safe in the predicted conditions, plus I, (Mike) had the flu and was not feeling well enough for a tough passage unless absolutely necessary, we decided to ignore the advice and stay.
The harbour authorities required us to sign a paper which made us liable for any damage we might cause to their harbour facilities - a bit daunting but by then there was no way we were going to move.
We then prepared as best we could for the possibility that the track of the hurricane shifted more northerly than forecast by adding extra lines - 15 in total (normally 5 !)

including a 40 meter rope from the bow across the harbour to a stone jetty to keep the bow off the pontoon finger. 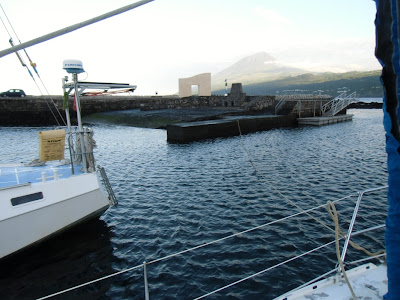 Luckily we had thanks to Paul of Picomatica, very good WiFi so could keep continuously  informed of Gordon's progress and the latest predictions.

2100hrs Sunday night, Gordon's closest point to us, came and went and there was hardly a whisper of wind and no significant swell and a beautiful sunset 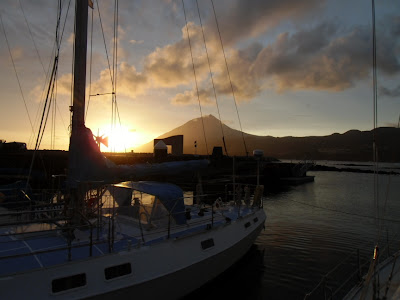 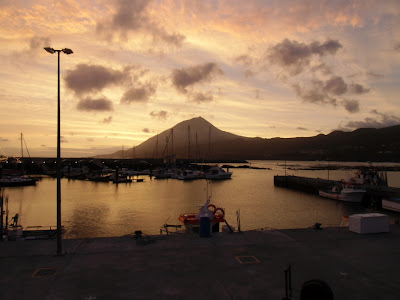 The peak of Pico looking majestic in a pink glow - red sky at night ... shepherds warning? 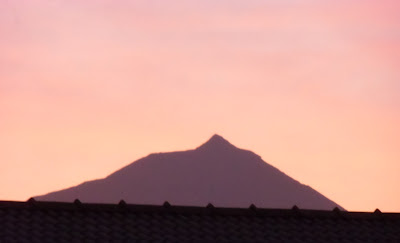 Went to bed and woke up next morning after one of the calmest nights we have had on Pico, to a calm, sunny day - very very thankful that Gordon had not had a sudden change of  direction during the night. 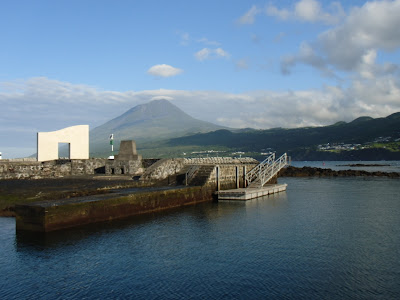 even the often shy cloud shrouded Pico was clear 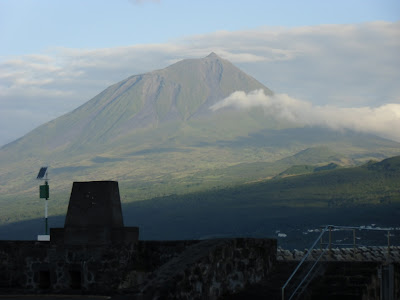 We are even more impressed with the weather forecasting abilities these days.

Information received later from boats who were in Ponta Delgada indicated that they had been let off lighter than expected - the eye was slightly south of them and the winds had reduced to just under 50 kts with wind and swell changing from East to North East which is much better for Ponta Delgada.

Have looked up Azores Hurricane statistics on Wikipedia - the links of the hurricanes that have hit the Azores are listed below - click on the link to go to the writeup.

So one can see that whilst not exactly Hurricane prone, the Azores have had several hurricanes over the past years.
Amazingly the last Hurricane to hit the Azores was also called Gordon and hit in 2006, 6 years ago - hopefully it will be at least 6 years before the next one!
Posted by dutchlink at 11:36

Glad i could help.

Hope everything is going well, and you're enjoying the rest of your trip.