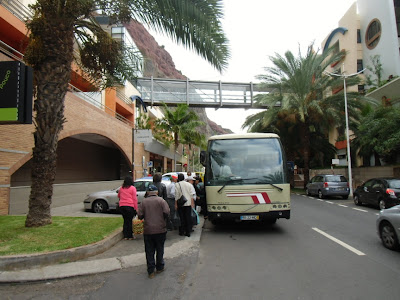 A few minutes later arrived at Estrella to await the 1100 nr142 bus to Ponta do Pargo. 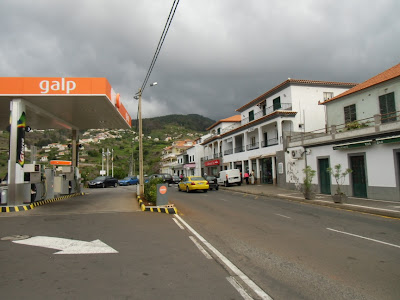 Unfortunately, when the Nr 142 arrived the driver told us that the 1100hrs bus, unlike the other nr 142 buses, did not go as far as Ponta do Pargo but terminated at Faja da Ovelha and that we would have to take the 1140hrs nr 80 bus to Porto Moniz which went via Ponta do Pargo. So we hung around for yet another 40 minutes in Estrella. 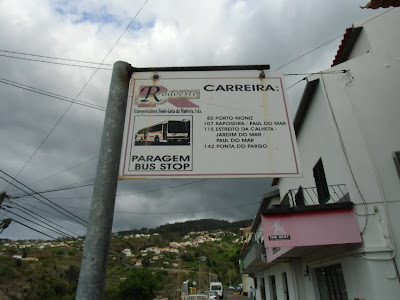 As it was now so late, we decided that, as we did not really have time for the hike we had planned around Ponta do Pargo, that we would stay on the bus and explore the most North Easterly coastal town of Moniz. 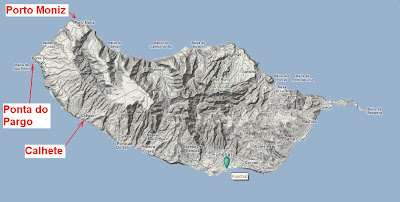 The bus ride itself was very enjoyable following the steep winding road along the coast ducking in and out of the many tunnels. Below is the town of Paul do Mar 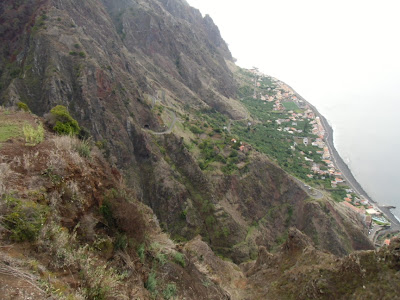 which was taken from the viewpoint indicated on the below map 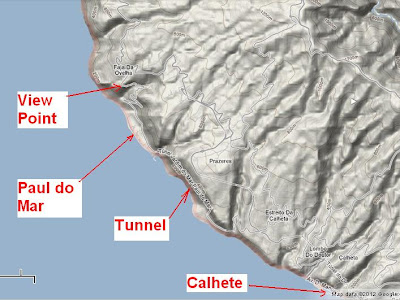 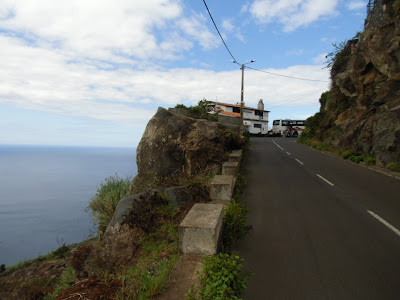 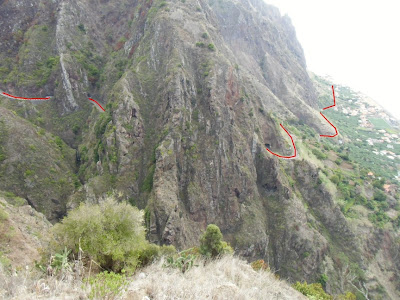 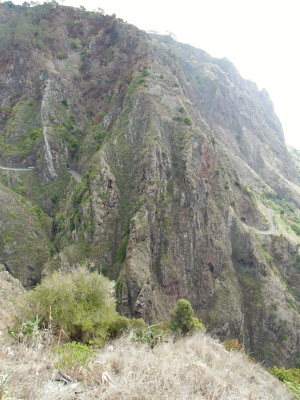 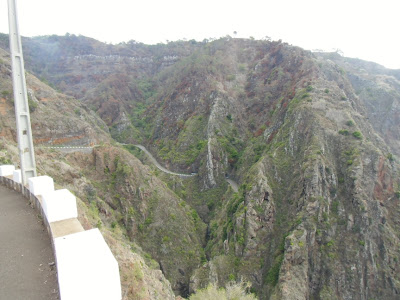 Madeira seems to have a problem with forest fires. There were bad fires in the hills above Funchal last year when we were here. This year there were fires in August in the area we were passing through in the north west of the island. The trunks of many of the trees we saw were charred black and had brown dead leaves. 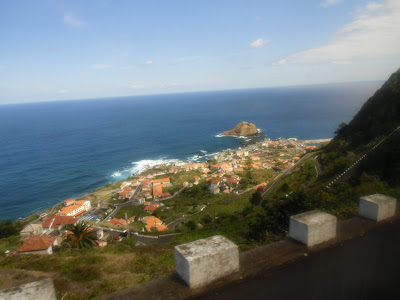 At 1340 hrs we finally arrive in Porto Moniz, almost 4 hours after leaving the boat.
It is a very smart looking well kept popular tourist town which is famous for its extensive attractive rock pool swimming areas 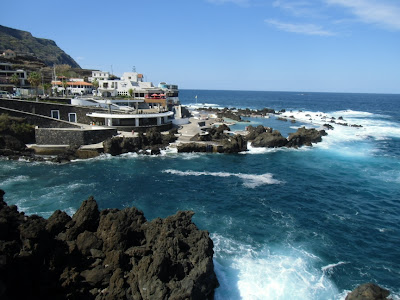 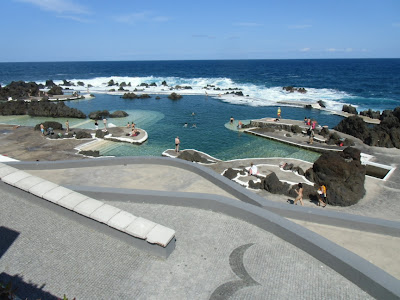 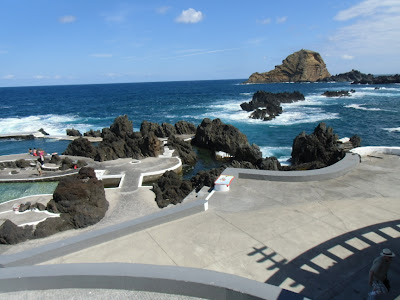 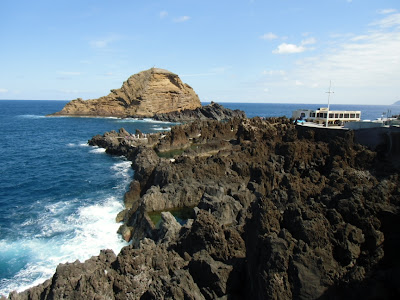 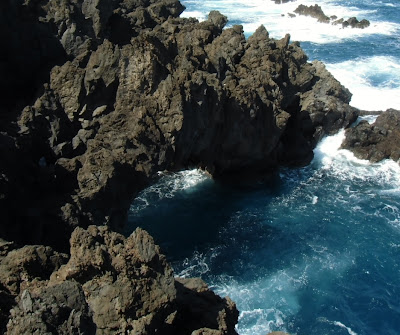 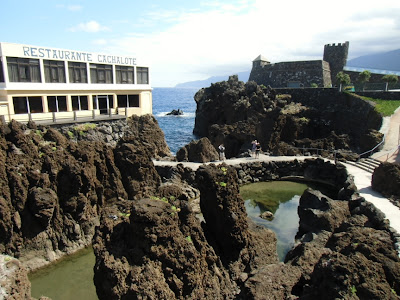 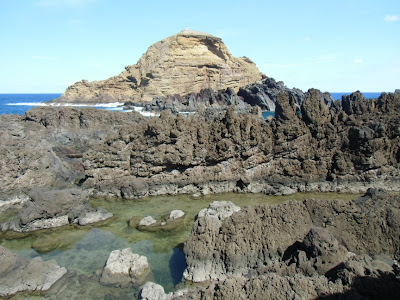 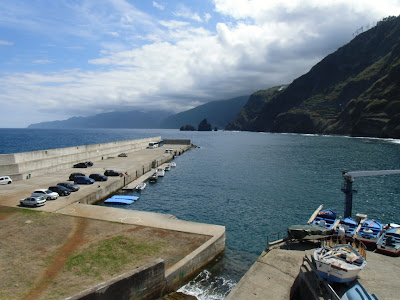 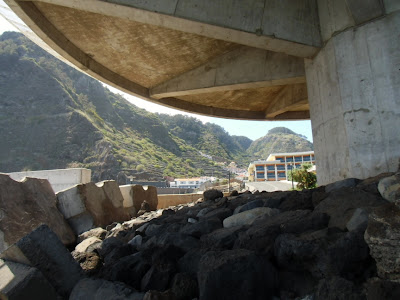 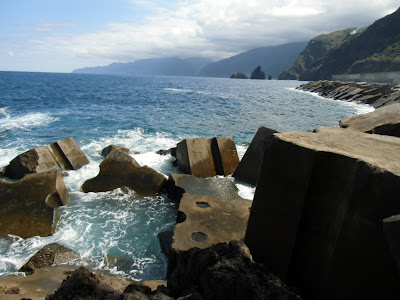 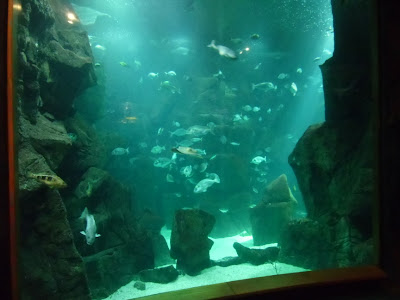 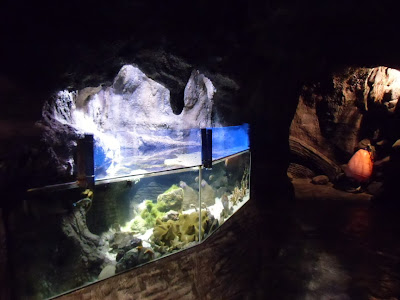 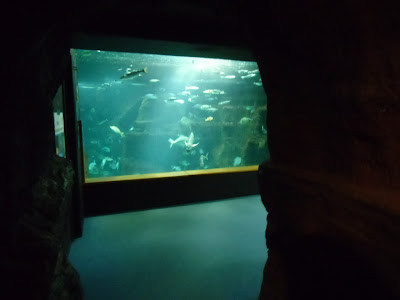 Caught the 1600 hrs nr 80 bus back to Estrella - the return trip missed out Paul do Mar and only took 1 1/2 hours - highlighted the problems with working out the bus times and route here - the same number bus does not always go the same route - very confusing.
Arrived back at Estrella at 1730 hrs and had to walk the 3 km down hill back to the boat - back on Dutch Link before 1800 hrs.after a very pleasant but different day to what we had planned.