By the afternoon of 22 September, Tropical Storm Nadine had passed and we felt we needed a walk. So walked from the marina eastwards along the water front until we reached the Rua da Vista Alegre where we started our climb to Monte Carneiro 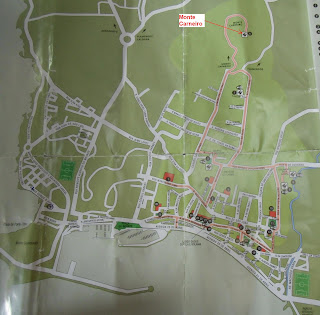 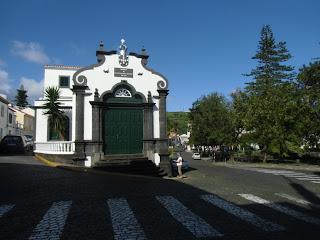 and this huge Dragon Tree 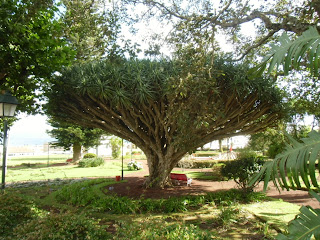 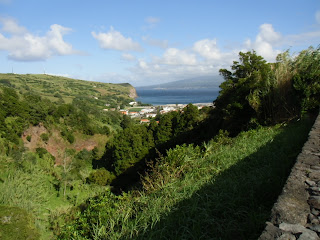 with Pico in the background 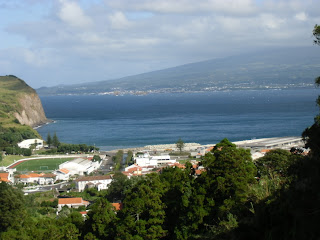 and the ravine below 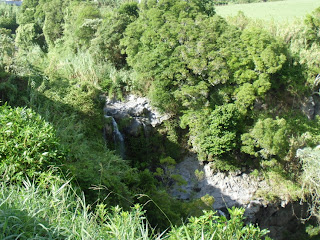 After 1 1/2 hours mainly climbing on roads, reached the top of the Monte Carneiro 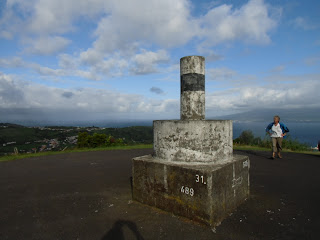 which gave superb all round views 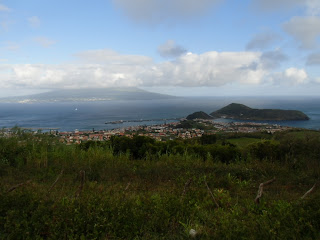 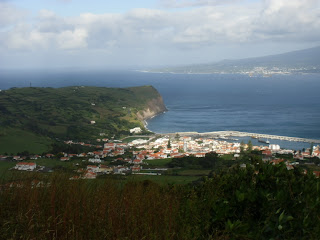 Unfortunately the Caldeira was in the cloud 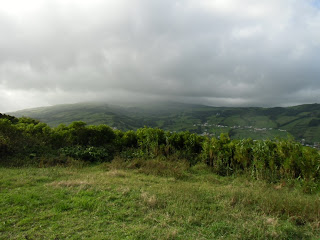 Retracing our steps, had views of the north coast including the commercial area near the power station on the airport road 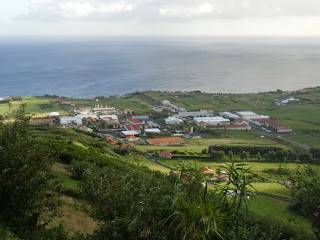 around about here Mike was attacked by the only bee we had seen all day, which decided to commit suicide and sting Mike just above the right eyebrow 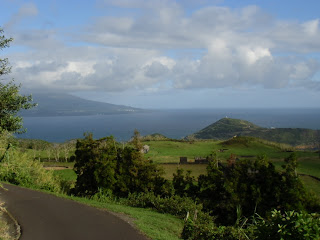 Jeannette managed to remove the sting. A passing car gave us a lift to the Horta Hospital. However, they wanted 115 Euros cash to see a Doctor which we did not have on us. So having decided that Mike was not allergic to bee stings, we just walked back to the boat.
The next morning Mike's eye was swollen closed. 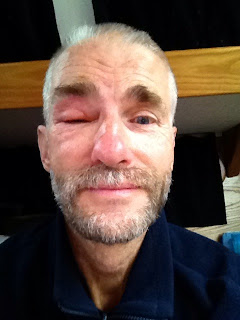 An eyewash with Optrex helped to reduce the swelling remarkably so after about 3 days the eye was back to normal.