12 th July 2016 we caught the 1145 bus from Horta to Cruzeiros in the west where the PR1FAI Hike starts. We had drinks at the local cafe in Cruzeiros before starting. 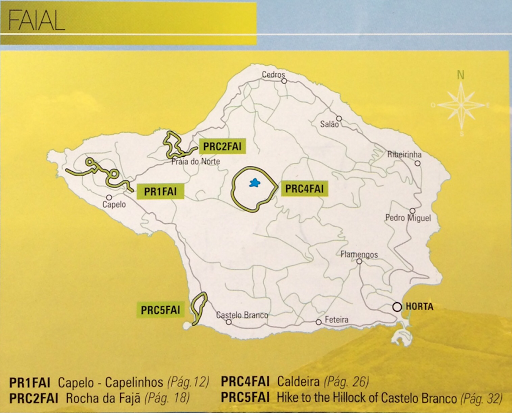 This hike takes one over volcanic knolls to Capelinhos volcano and lighthouse at the western end of Terceira.
The Capelinhos volcano erupted on 27 September 1957 and resulted in a large emigration to the USA. The volcano severely reduced the sector of visibility of the lighthouse which is now disused. 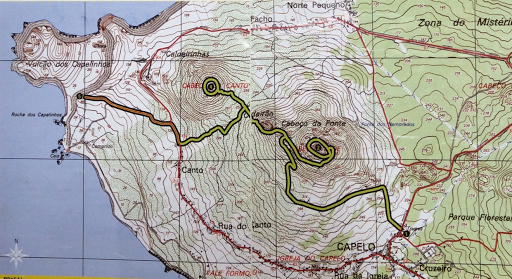 As soon as we started our hike, we were joined by two friendly but persistant dogs who accompanied us on the pentire walk 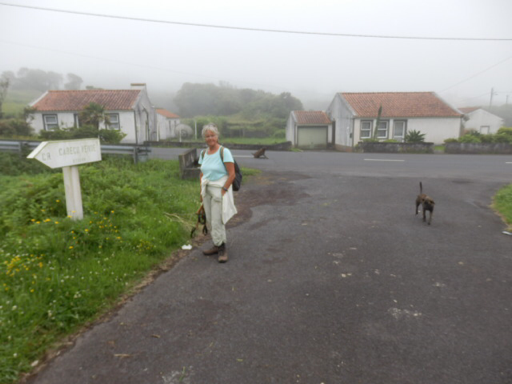 The visibility remained poor for the whole walk 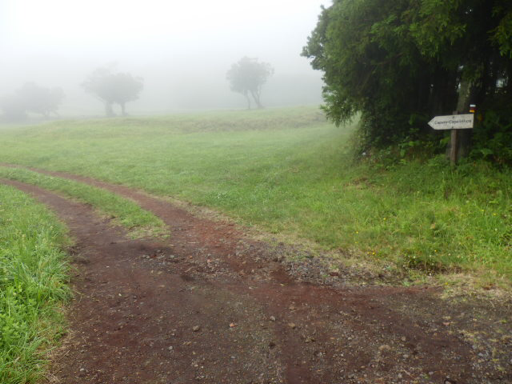 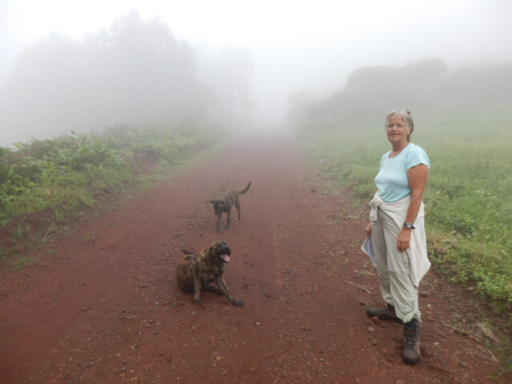 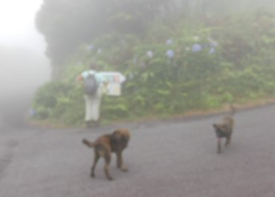 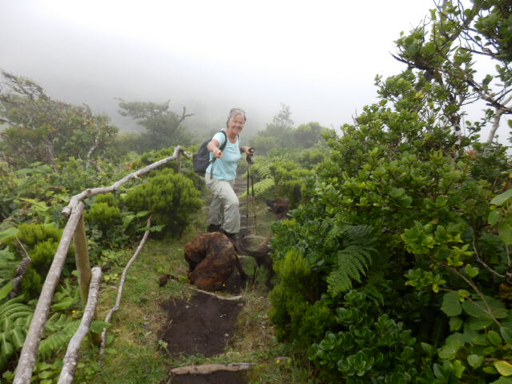 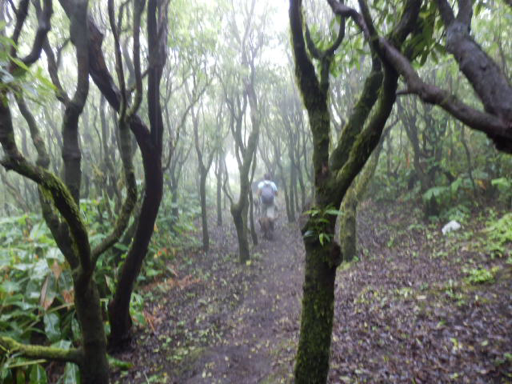 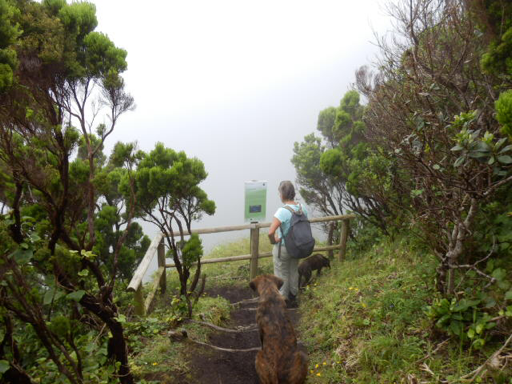 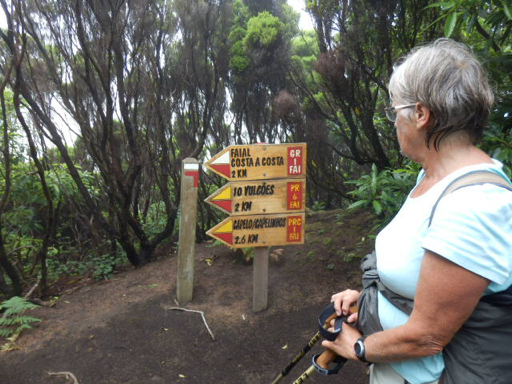 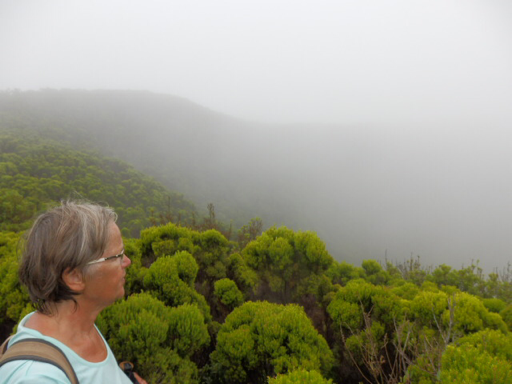 Due to to poor visibility, It was only when we arrived back at a recognised point that we realised that we had completely circumnavigated this crater without realising it 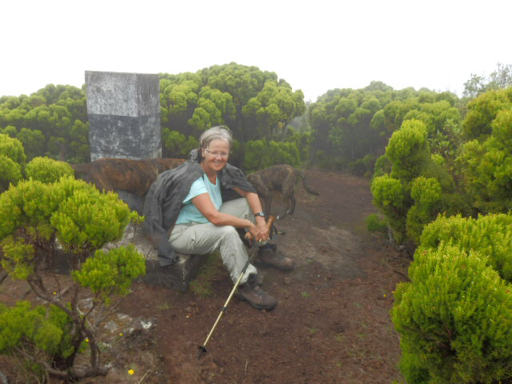 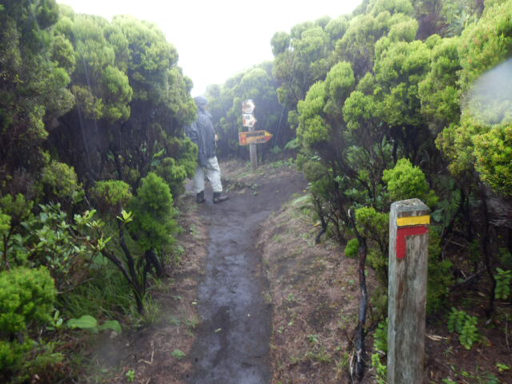 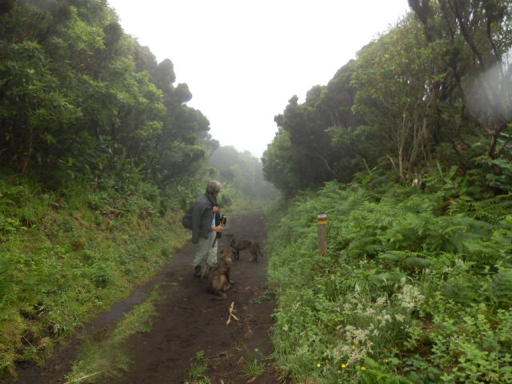 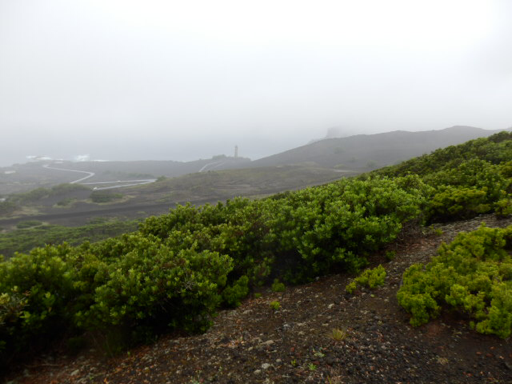 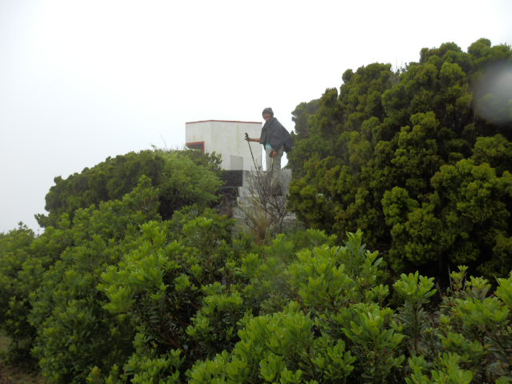 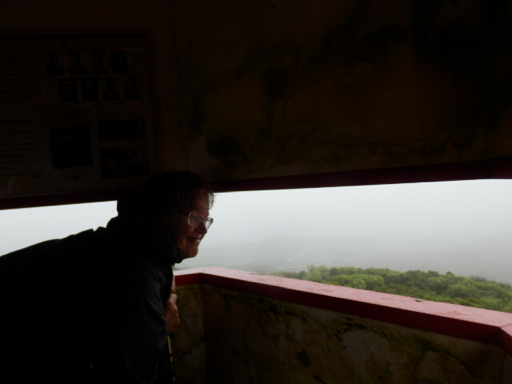 After here we returned to the cafe at Cruzeiro via the main road. We were at times a bit worried about our dogs as they were of course not on leashes and there was some traffic. Partly as a result of this, Jeannette unfortunately tripped on the curb looking round for the dogs when a car passed and fell on her left wrist.
The lady at the cafe recognised our dogs and said that, indeed they belonged to a neighbour. She kindly telephoned  for a taxi for us
Posted by dutchlink at 13:23