The Grib Files indicated that after Wednesday there would be very little wind till the weekend, so we decided to cut short our stay in Gran Tarajal.
As planned, Antonio lifted Dutch Link at around 1000hrs Tuesday 24 April and left us in the slings so that we could antifoul again  the bits above the blocks and supports.
By 1200hrs we were back in the water and immediately sailed westwards.
The wind was unexpectedly from the East so, as we were broad reaching in 20 to 25 knots wind, we decided not to bother to raise the main.
Approaching Morro Jable, the wind died away but the sea was strangely disturbed 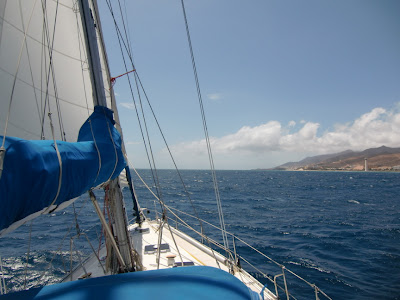 After rounding the headland by Morro Jable, the wind filled in rapidly to 25+ knots from the NNE , the expected direction 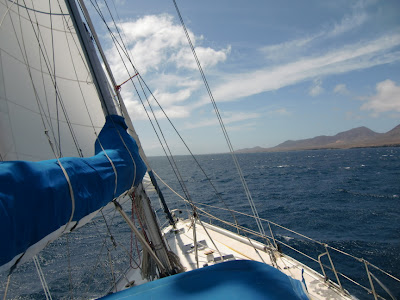 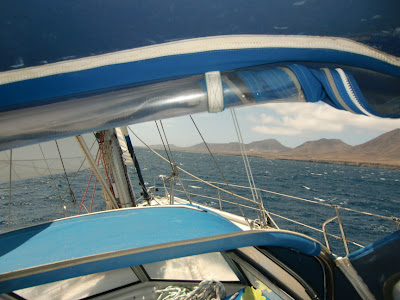 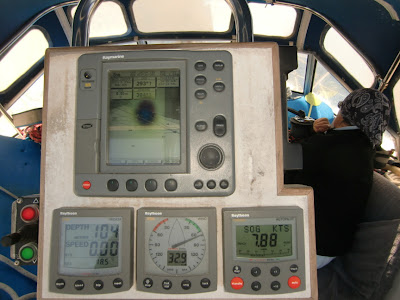 On a couple of occassions we had gusts of 45 knots, heeling the boat over dramatically and blowing out a plastic window in one of the canvas side panels in the cockpit. Despite the strong winds, the sea remained quite calm as we were sailing quite in the "lee" of the island. In the gusts we occassionaly made 9 knots - very unusual for Dutch Link.

By 1645hrs we had reached our destination for the night, the anchorage off the little fishing village of Puertito at Punta Jandia, the SW tip of Fuerteventura, having covered just under 30 nmiles. Despite the 25 knots of wind, there was not much swell and the anchor held superbly in sand with 9 meters water depth and 60 meters of chain to give us a secure feeling.
anchor coordinates 28deg 04.21N, 014deg 29.86W 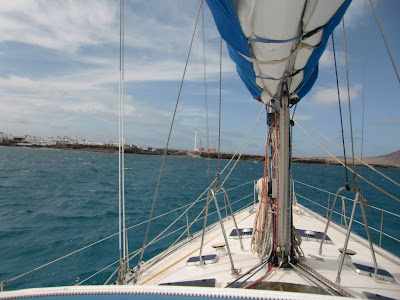 The Lighthouse of Punta Jandia, just south of our anchorage 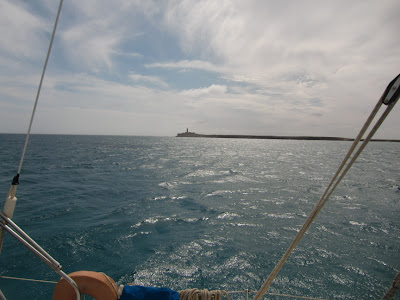 By 0800hrs Wednesday 25 April, the anchor was up and we raised the mainsail with two reefs and motored south past the nasty reefs off the point. The wind was 20 to 25 knots from the N/NNE and as our course to Las Palmas was 276degrees, we had a fast beam to fine reach - making 6 to 7 and often 8 knots most of the way. The sea was a bit choppy and we had quite a wet sail. With overcast skies, it reminded us of North Sea sailing 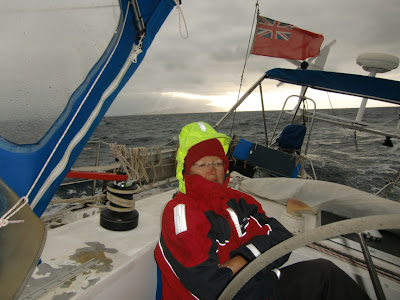 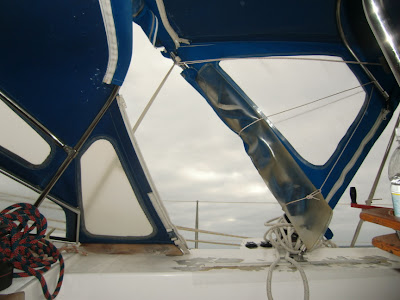 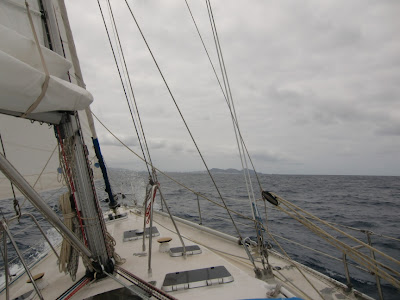 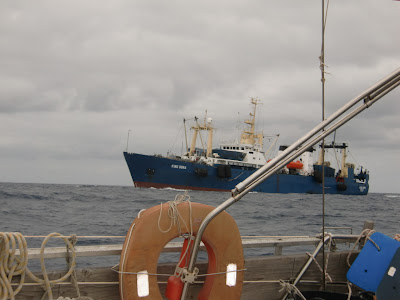 ﻿At 1600hrs, we entered Las Palmas harbour , in good time to fill with diesel before going to our berth.
Total distance from Gran Tarajal to Las Palmas, 80 nautical miles.
Unfortunately, while backing into our berth, the lazy line from one of the fixed bow ropes caught in our bow thruster. So Mike  had to don his wetsuit and have his first swim of the year to cut the rope coiled tightly round the bow thruster propellor.
Posted by dutchlink at 22:47