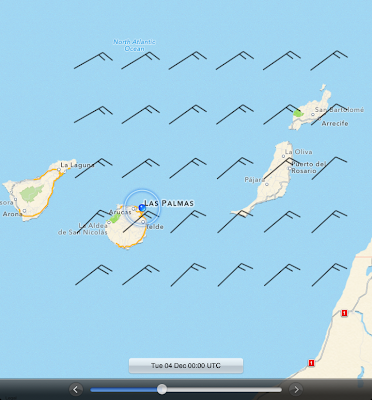 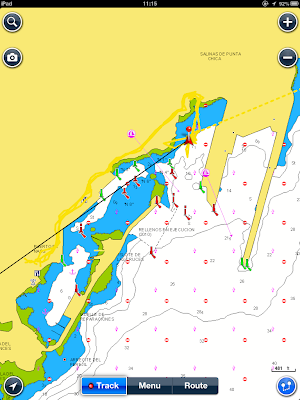 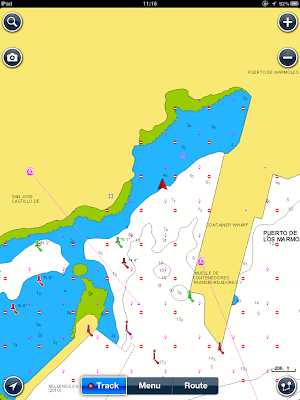 and headed out to sea 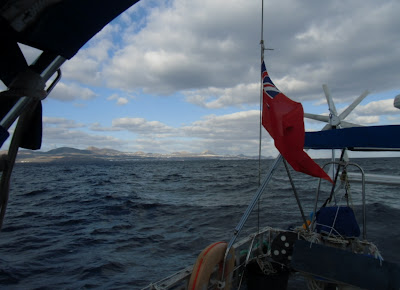 for the 115 Nautical Mile downwind sail to Las Palmas 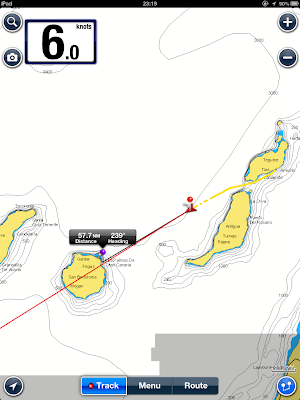 with the wind forecast to be from behind, we kept the 2nd reef in the main (did not want to arrive in Las Palmas too early plus difficult to reef when sailing downwind with boom secured with a preventor) and poled out the Genoa 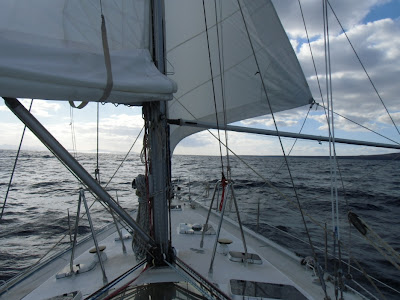 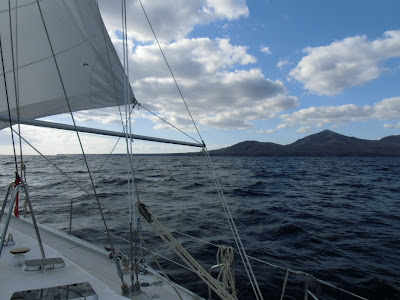 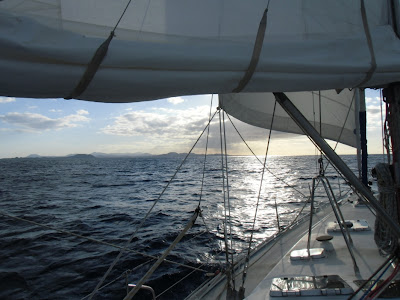 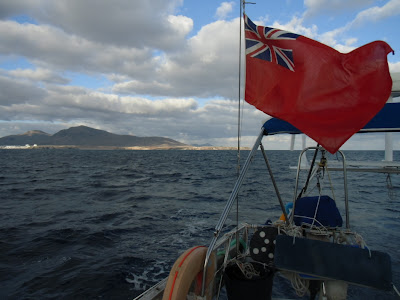 sailing into the sunset 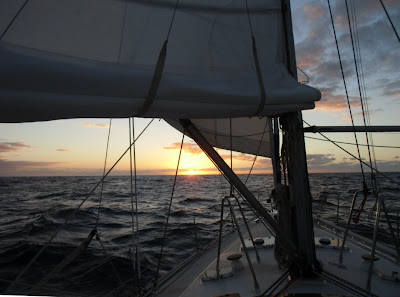 the sun has set 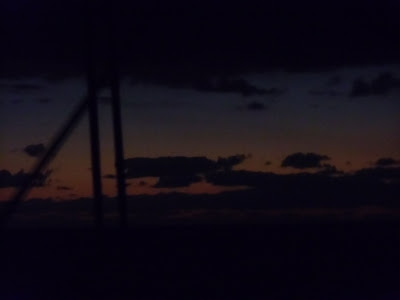 Breakfast time on a pleasant but fresh morning 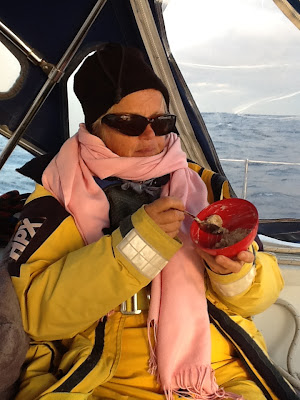 only 12.4 miles off Las Palmas, as our Ipad informs us 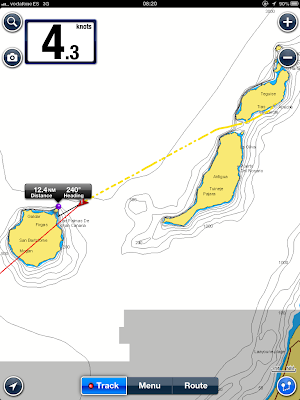 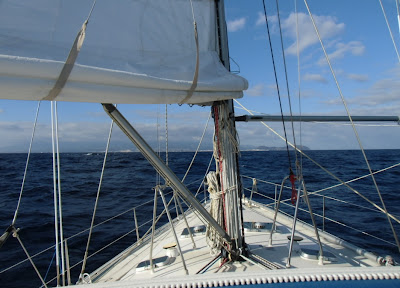 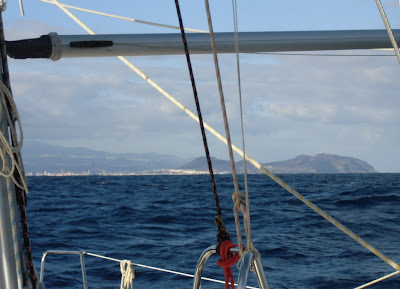 Moored at the Fuel Dock, Las Palmas at 1140hrs on 4 December after a 114 NMile pleasant downwind sail. Time taken 23 hours of which 3 hours on engine. Average speed 5 knots.

To our delight, who was on the jetty but non other than Nuno from the Azores. Nuno was on S/V Oasis during the Blue Water Rally and we had not seen him since then (2003). Nuno is now the Captain of the huge Sunreef 82 Cat mega yatch Houbara moored on the other side of the pontoon. He was fueling up and left shortly afterwards for the Caribbean 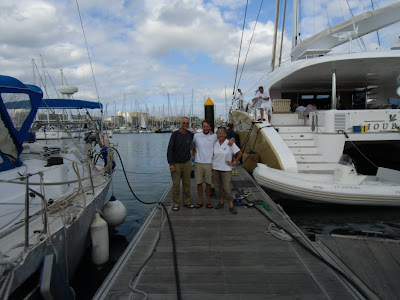 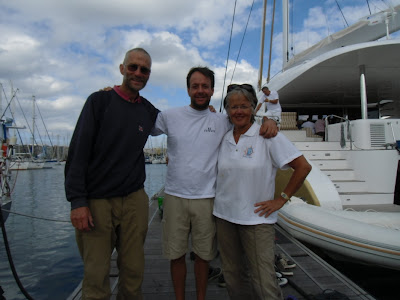 If you click on the below link and type "Houbara" in the box "go to vessel", Houbara's position will be shown plus info on the yacht
http://www.marinetraffic.com/ais/# 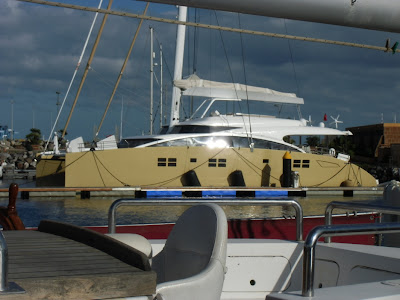 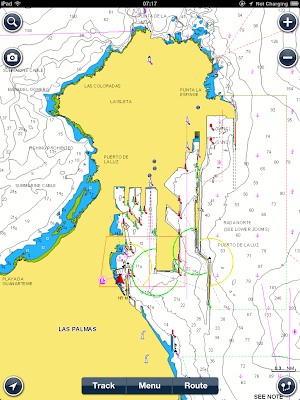 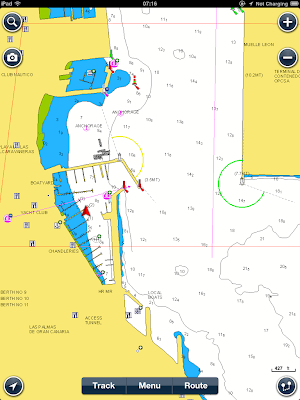 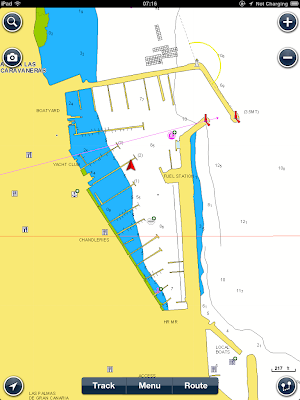 superb spot for a workout 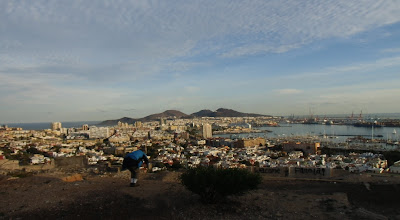 Some photos of the Sunreef 82 as she left Las Palmas 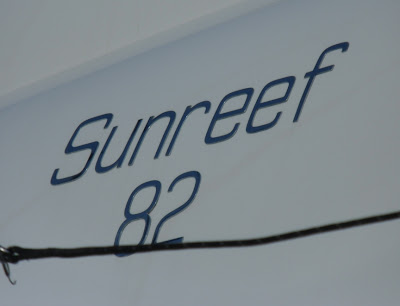 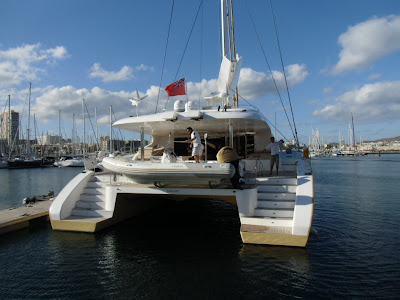 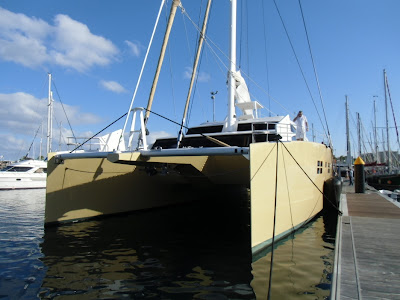 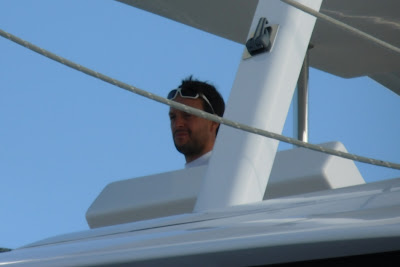 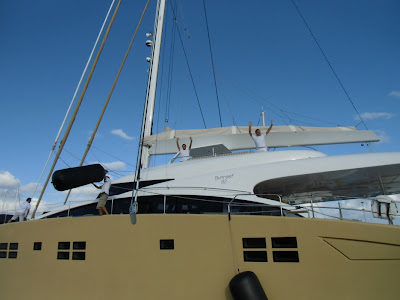 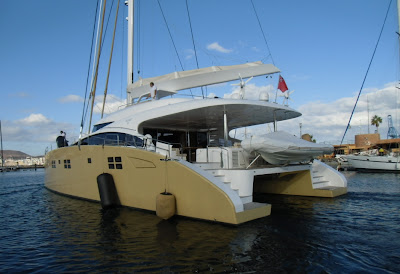 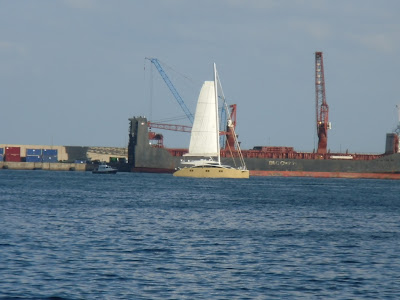