Between 13 and 16 July Lajes on Flores was in party mood. We are told that the population of the island has shrunk from 10,000  some 20 years ago to around 3500 now. Every year, however, many of the families that emigrated , mainly to the USA and Canada, return for a few weeks in the summer to reestablish ties with family and friends who remained on the island. This annual visit is celebrated with a fiesta, the Festa do Emigrante. 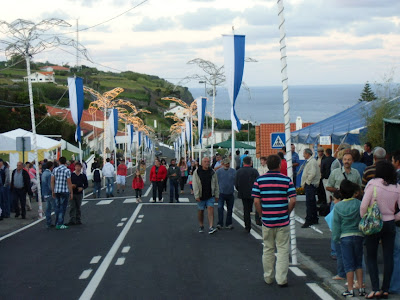 The main street is blocked off from traffic , decorations installed and most evenings there were dancing processions 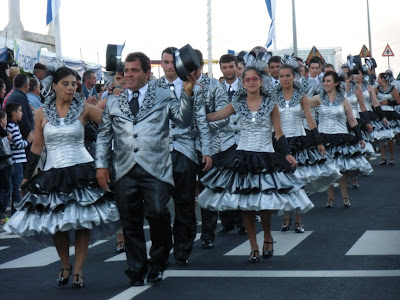 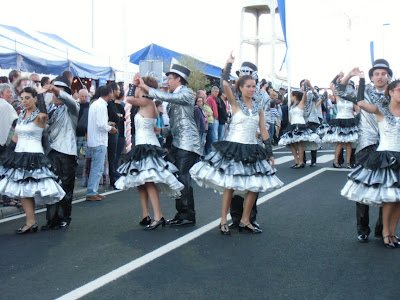 to the accompanyment of the local band 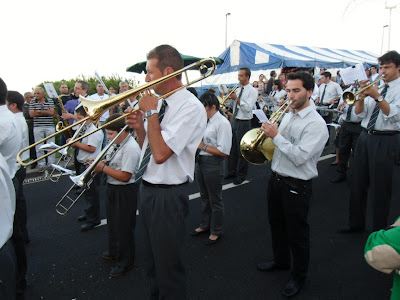 The event was very similar to what we enjoyed on Terceira in previous years but, of course much smaller due the the comparative size of Flores and its remoteness. A large ferry did however bring people from other islands and stayed in the harbour for a few days till the end of the Festa. 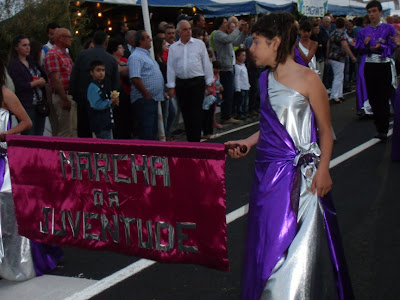 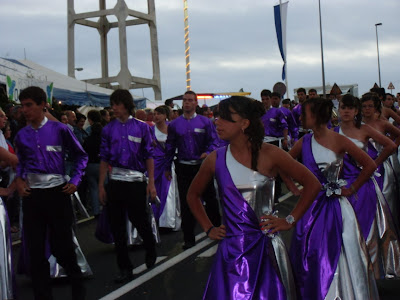 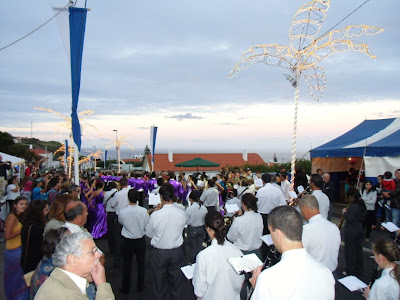 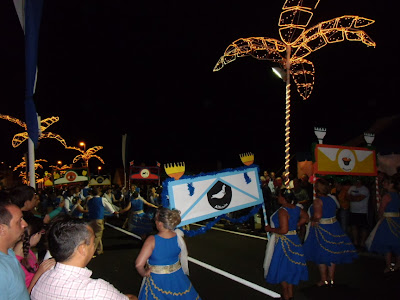 Our enterprizing young friends Jabez and Anneleize and one of their friends,Toni, set up a pancake stall behind this wall 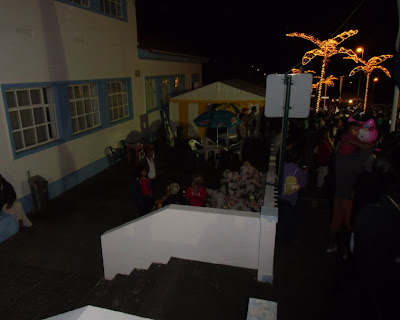 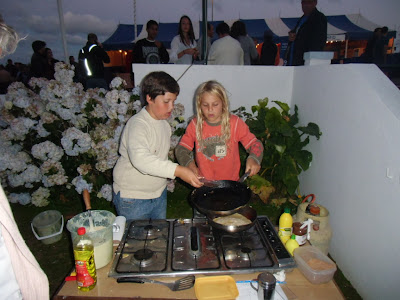 we enjoyed one of their delicious pancakes 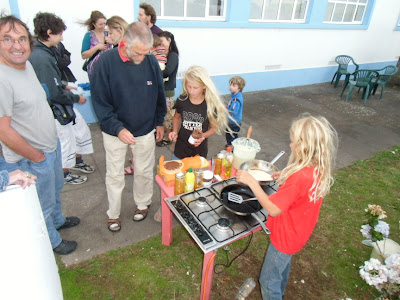 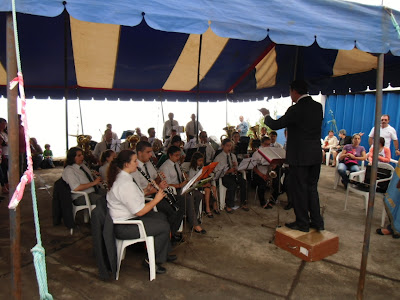 On the Sunday the band played, young and old, during lunch time outside a large warehouse in which free soup was served 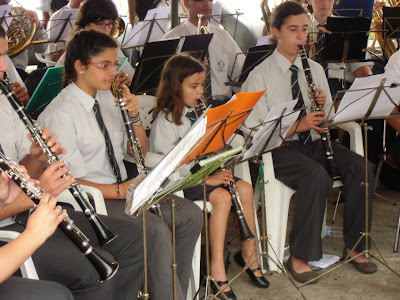 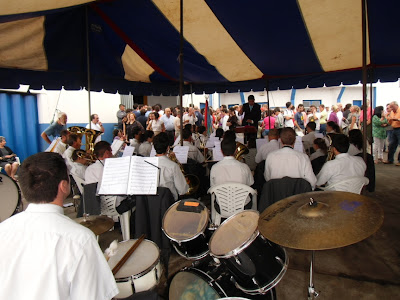 Friends we made during our stay here from the yachts Titom ( Bernard, (Pascal not in foto) and Christa) and Tsamaya (Bob & Janice), both of which have just crossed the Atlantic 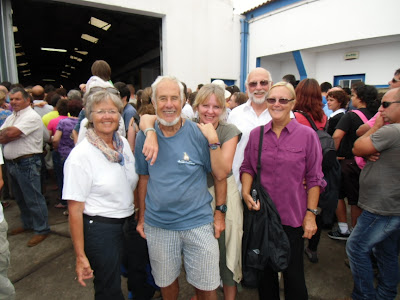 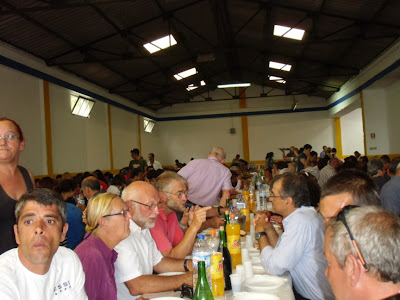 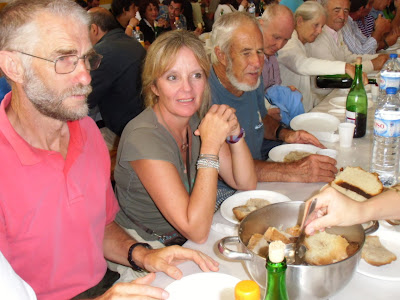 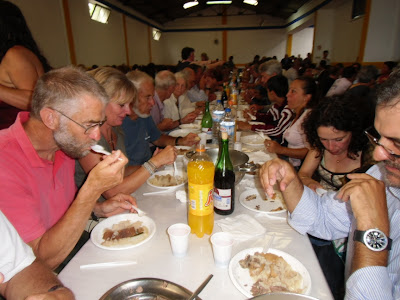 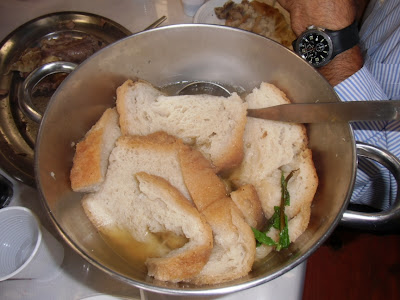 The soup was provided by the Espirito Santo organisation which is very strong throughout the Azores. The soup is normally served during Corpus Christi 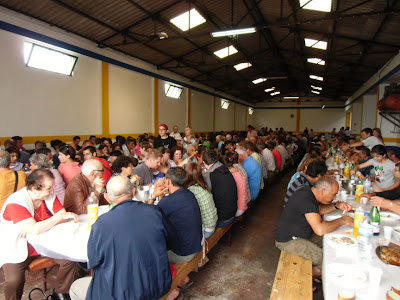 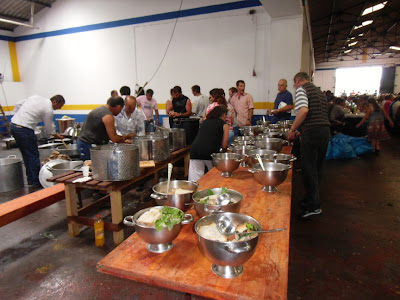 Quite an logistical exercise to prepare so much soup 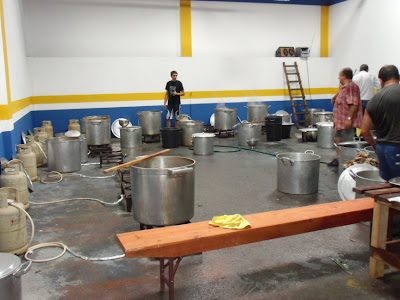 and meat to put in it 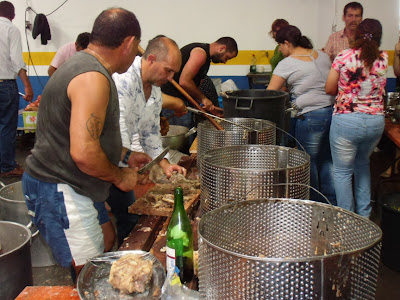 That evening there was folklore dancing 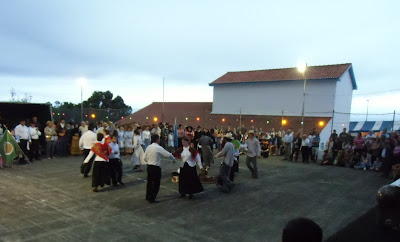 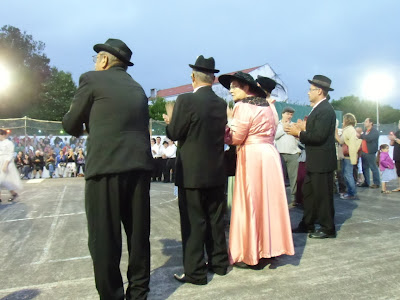 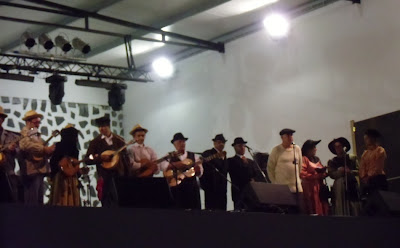 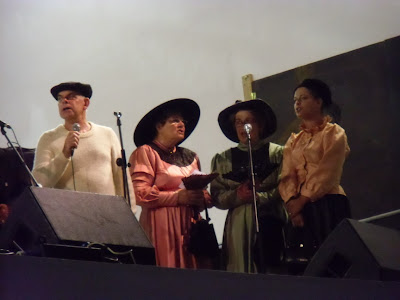 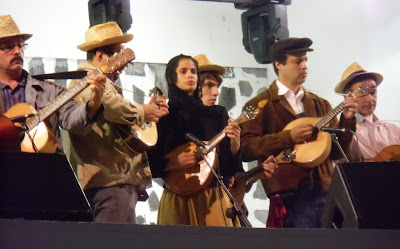 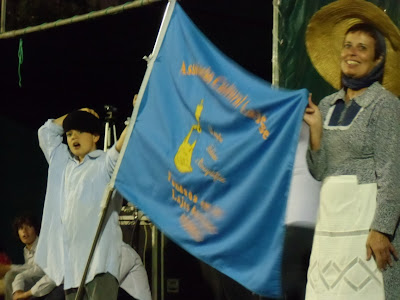 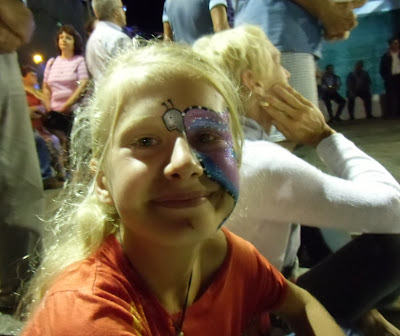 All in all a pleasant few days
﻿
Posted by dutchlink at 17:01