Since we were here in Horta the first time - 2010 - a new mole has been built north of the original harbour and marina. This is the new passenger ferry / cruiseliner terminal 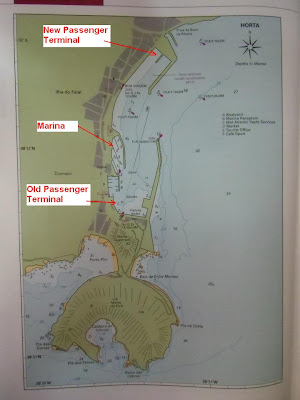 Looking south from the new terminal towards the original harbour and marina. 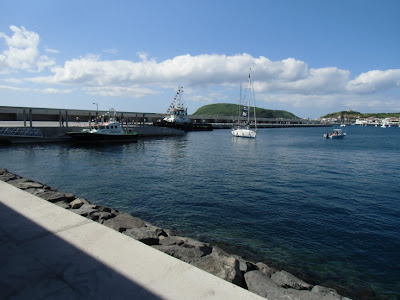 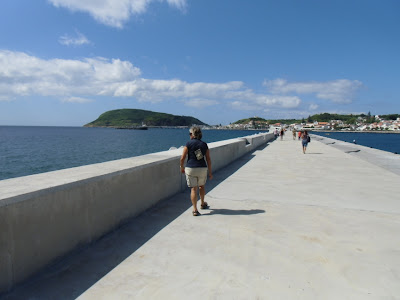 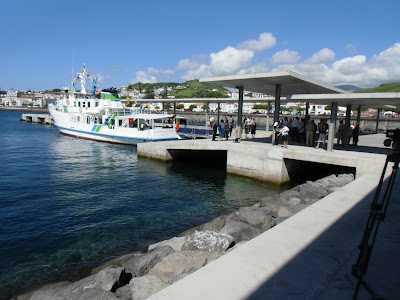 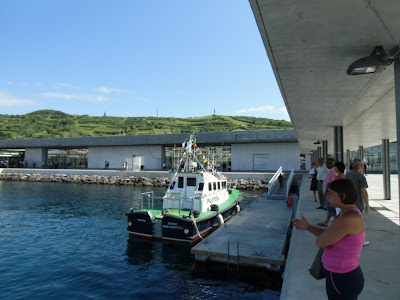 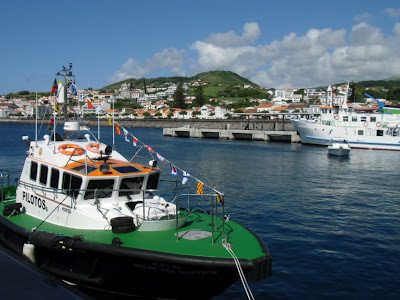 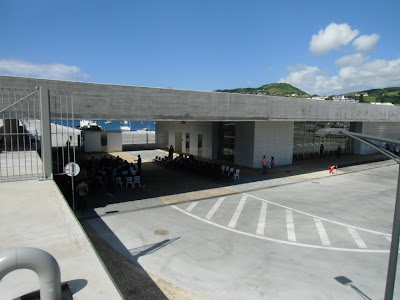 The local TV station prepares for the grand opening 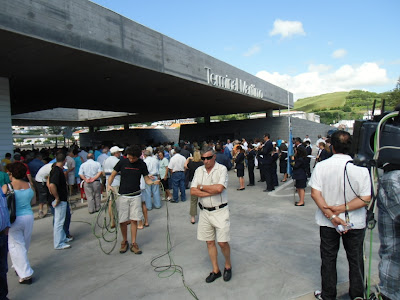 One of the local bands puts everyone in festive mood 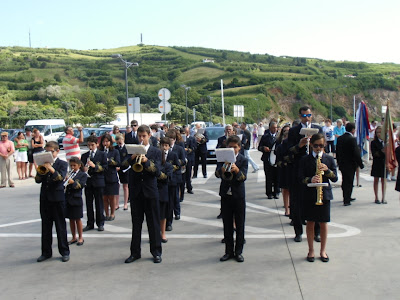 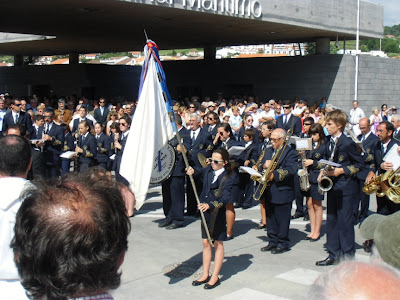 A Priest blesses the venture 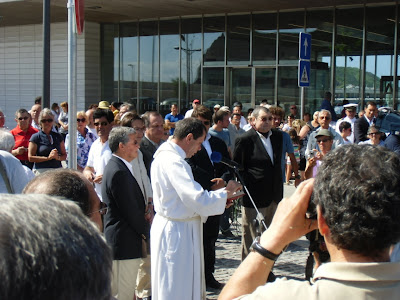 A commemorative Plaque awaits the moment veiled with the Azorean Flag 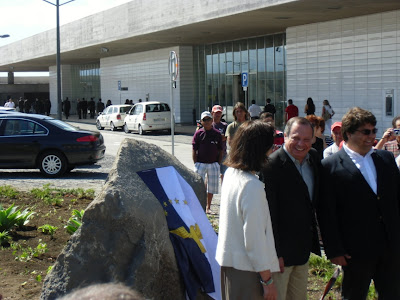 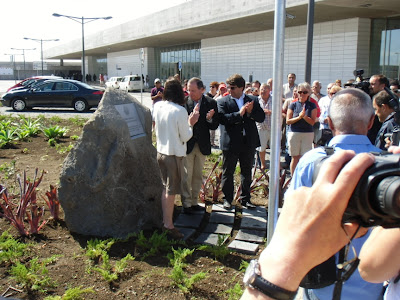 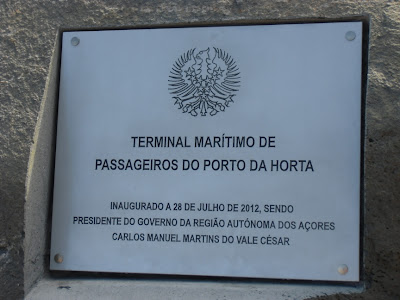 The Governor ? of the Azores declares the terminal to be open 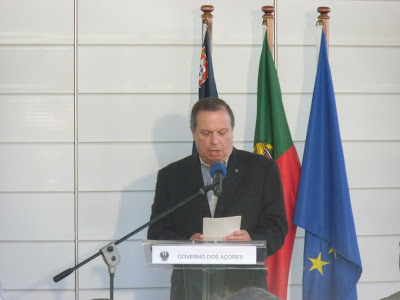 On Sunday 29th July 2012, the egula ferry from Horta to Pico moves its base to the new terminal. We understand that the quay is long enough to moor Cruiseships.
It is expected that now the ferries have moved to the new terminal, the very busy crowded marina will be enlarged.