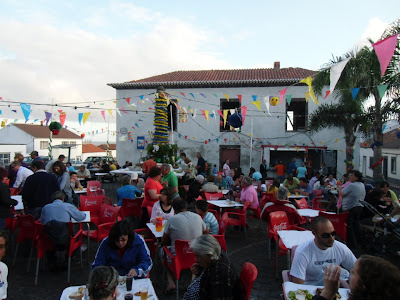 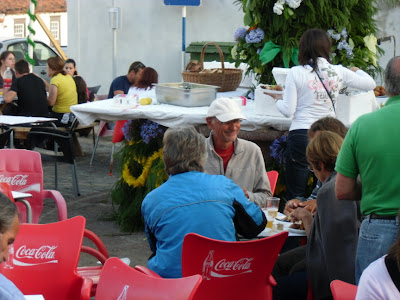 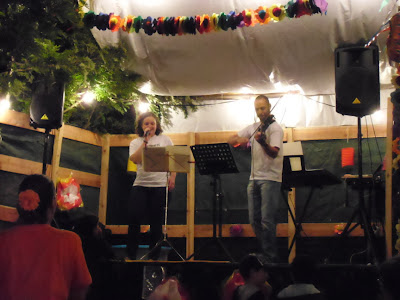 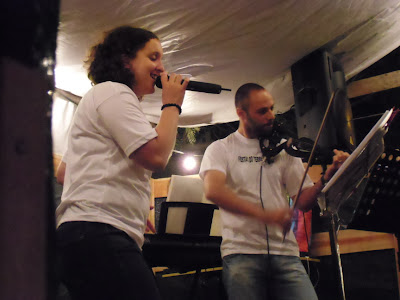 Afterwards, we wandered back to the marina passing the area where they were weighing boxes of fish. At 1700hrs that evening some 16 boats with all female crew went fishing. At 2300hrs they were back in port and their catch weighed 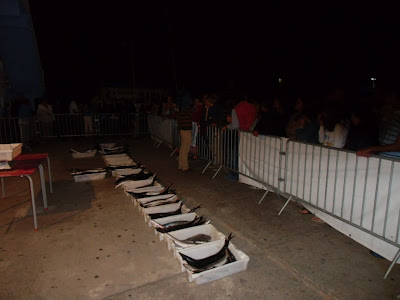 The fish, mainly Bicuda, a type of Baracuda, were put in boxes with the name of each boat displayed 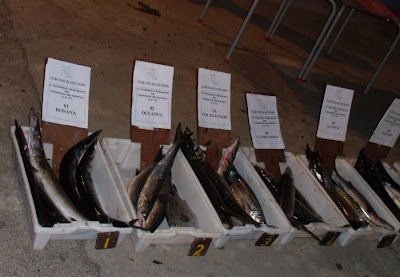 Some boats caught two boxes full, whilst one unfortunate crew caught nothing 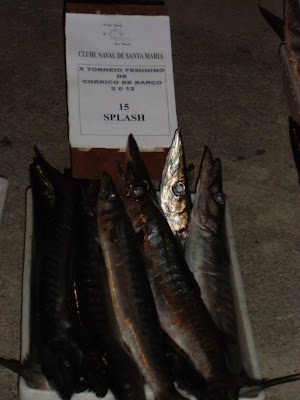 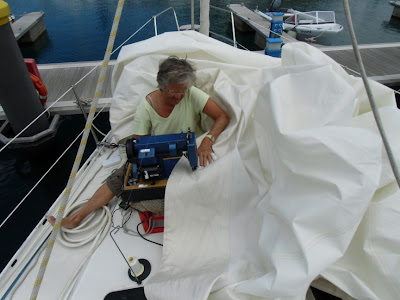 For an idea of Vila do Porto and previous experiences on Santa Maria see previous blogs
please click on below link
http://dutchlink.blogspot.pt/2010_06_01_archive.html