Had planned to stay longer in Madeira to enjoy some hikes with Richard and Fiona but the Gribfiles once more indicated that Wednesday 31st October would be a very good weather window for our passage to Agadir in Morocco. Thereafter there would be stronger winds and rain in Madeira and head winds. 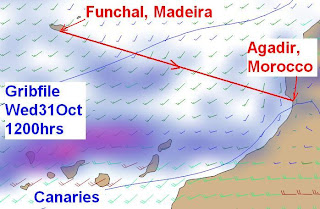 So checked out and by 1130 hrs had left our mooring alongside the wooden government boat, 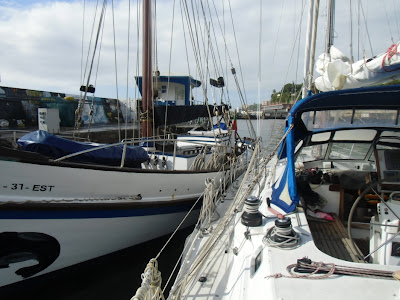 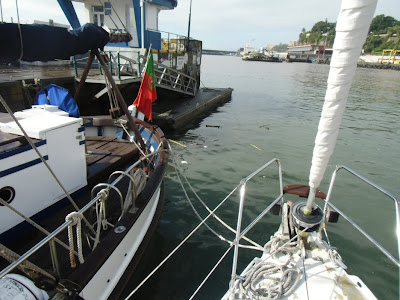 and were on our way 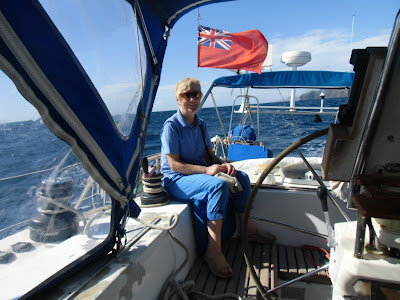 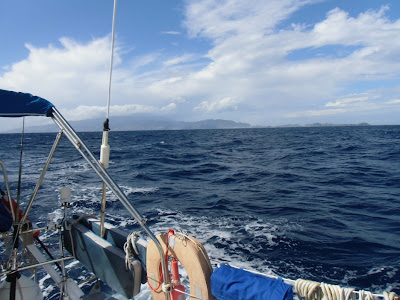 The Islas Desertas to the south of us 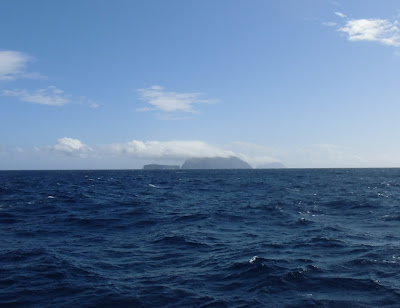 far more blue sky than expected, but quite a nasty swell which made life less than pleasant for some of the crew. The wind was more consistently sailable than predicted - we expected to be broad / beam reaching wich we were, but we expected too little wind to be able to sail. - but for much of the trip we had a superb 4 to 5 Bft wind from the SW . 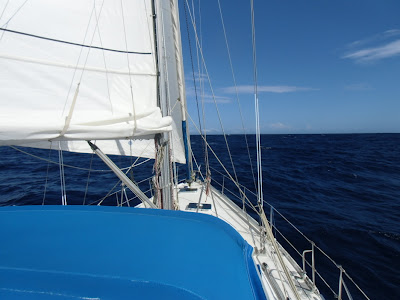 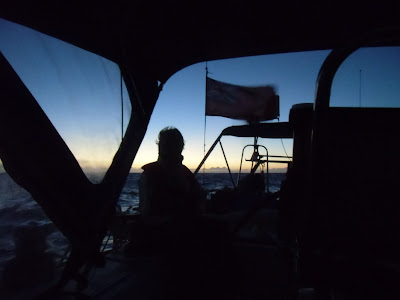 The joys of night sailing at full moon 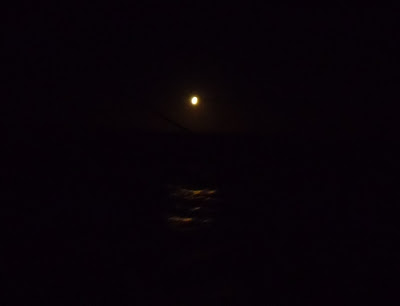 AIS once more a reassuring aid - during our passage, called up 4 ships on VHF 16 who were on a collision course who agreed to alter cours for us 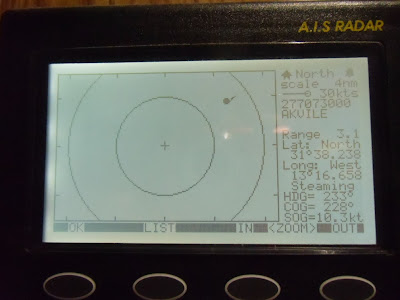 Everyone back in good spirits and enjoying being on the ocean 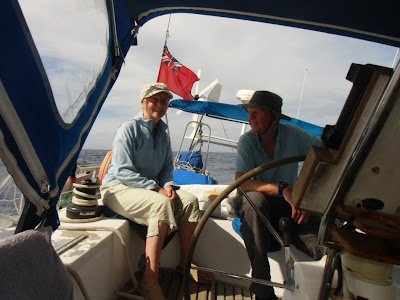 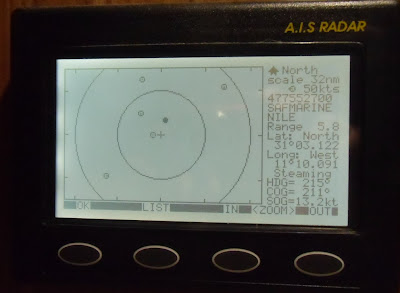 Dawn breaking over the African coast 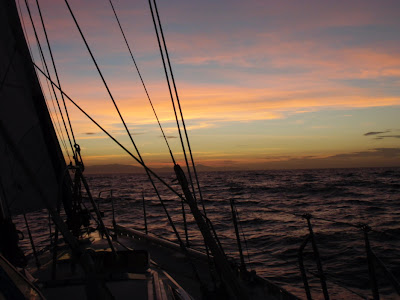 As we approeached Morocco, the wind came round to the south as forecast and we were sailing hard on the wind 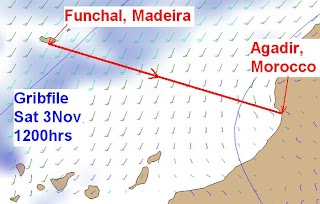 The last 36 miles we lost the wind and had to motor - however as the swell had reduced to a ripple,it was very pleasant - and a pod of dolphins entertained us for a while 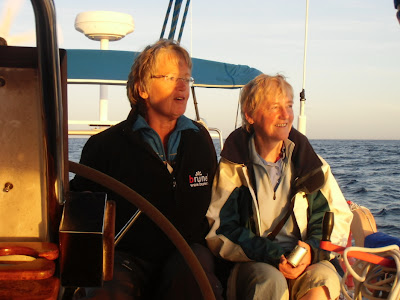 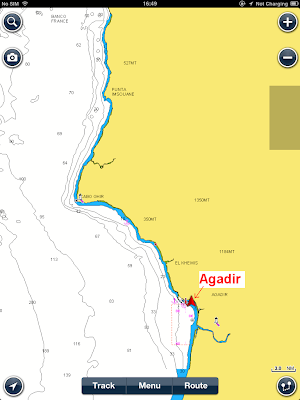 Encountered several Moroccan fishing boats as we closed with the coast 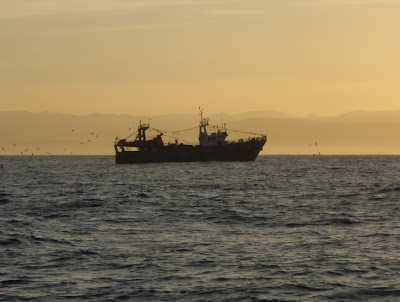 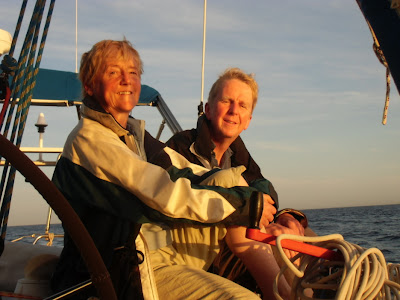 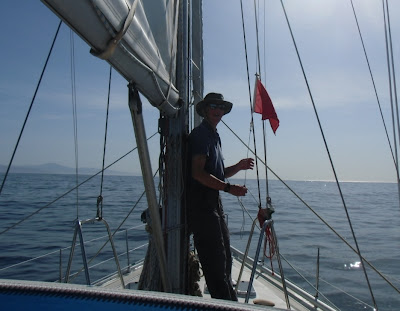 a hive of activity - Ipads and long splicing 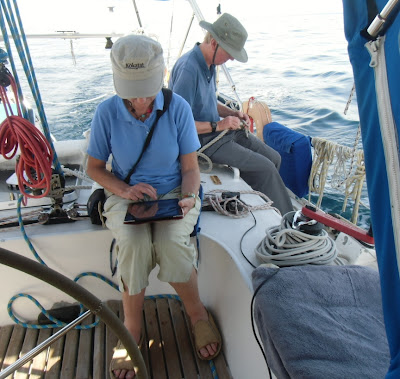 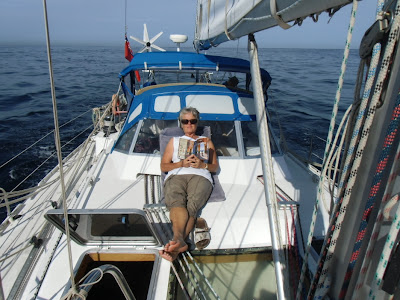 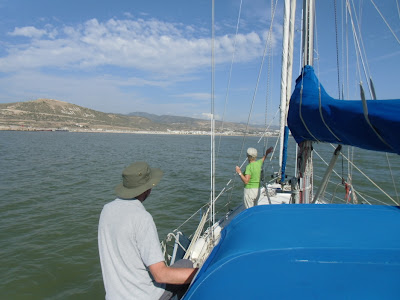 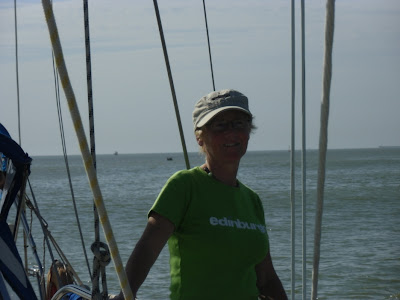 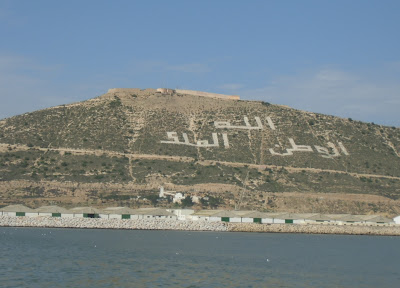 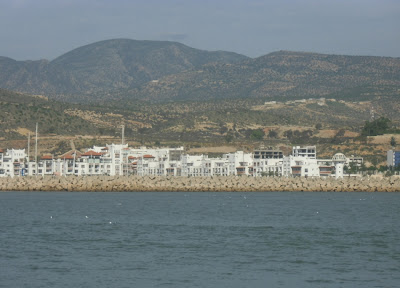 Safely moored in Agadir Marina by 1500hrs on Saturday 3rd November. In the previous few days there had been a lot of rain in Agadir which had washed a lot of smelly rubbish into the harbour. We were initially put in too small a box together with a small motor boat - not very satisfactory with the surge in the harbour. However, the very pleasant thoughtful Hassan and other marina staff arranged for us to go to this roomy berth the next day - where we can keep ourselves off both fingers - excellent. 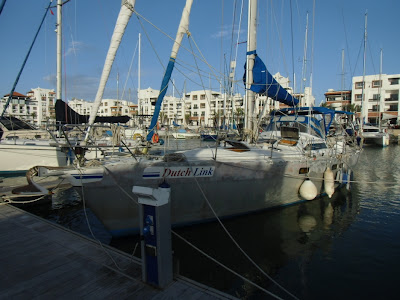 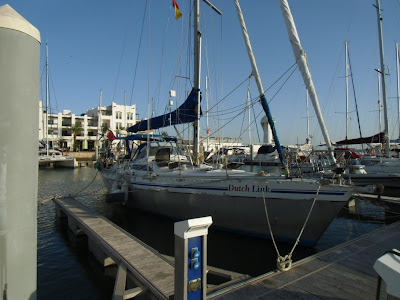 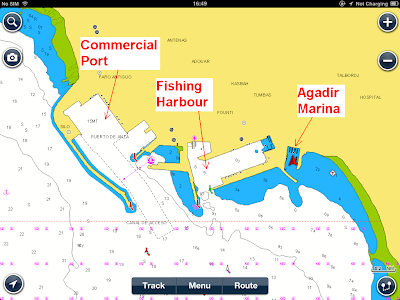 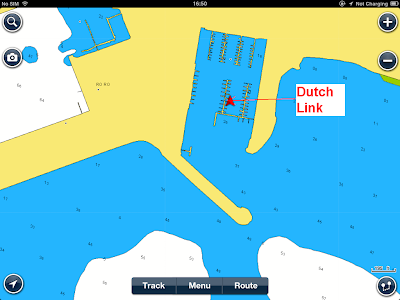 glad to see your trip to Morocco was better than you expected - that is always nice when that happens!

Did you think about exchanging with the best Bitcoin exchange company - YoBit.