At 2200 hrs 1 August 2011 we went to the picturesque square by the old Town Hall and were entertained by a local Fado group who treated us to a delightful performance . 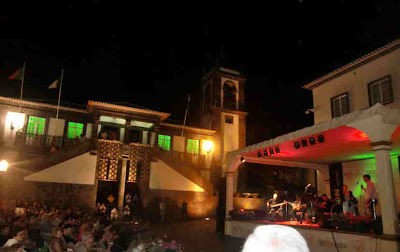 Fado is a mournful, haunting music which we first heard sung in Lisbon in 2001 . It can be traced back in Portugal till before the 1820's and has similarities to the music of the Cape Verde Islands. 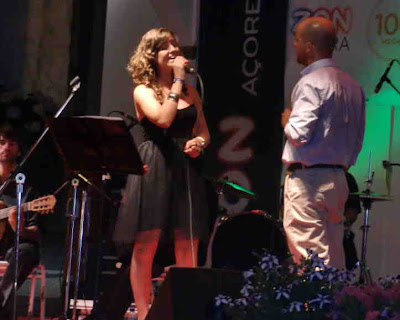 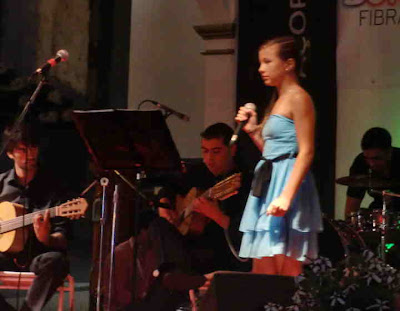 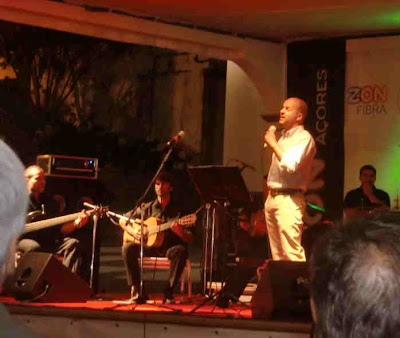 After the performance we wandered back to the boat passing the source of the raucous noise which has made sleeping very difficult for the first nights of the Festa week. 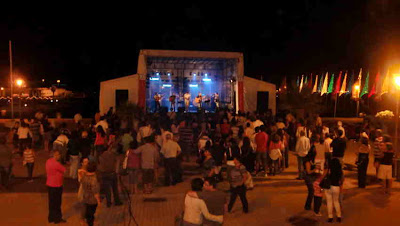 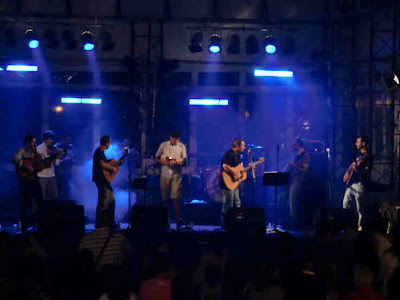 Unfortunately the stage is situated just across the water to where we are moored and carries on till 0500hrs - After the first two nights, we invested in earplugs which partly solved the problem. 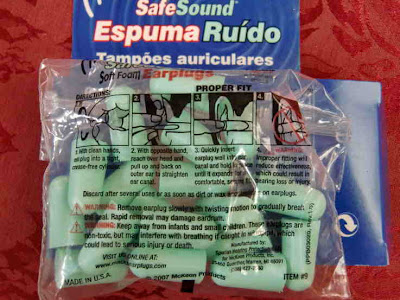