27 August we decided to explore the coast south of Praia da Vitoria to the small coastal town of Porto Martins. 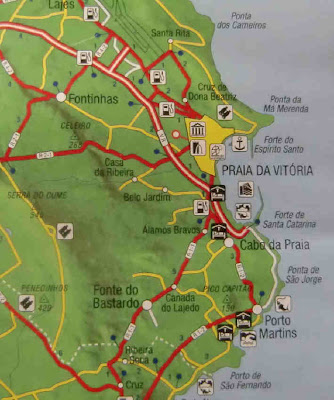 Around noon walked past the tents on the side of the marina where a car rally had taken place the night before. We had wondered why they had not removed the tents as it is now a couple of weeks since they were used for the Festa. This most be one of the few places where a car rally is held almost completely indoors. 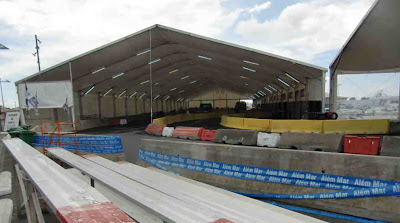 We skirted round the commercial harbour at the southern side of the Praia da Vitoria Bay whilst ominous grey clouds approached.

The rough track led past a popular surfing spot 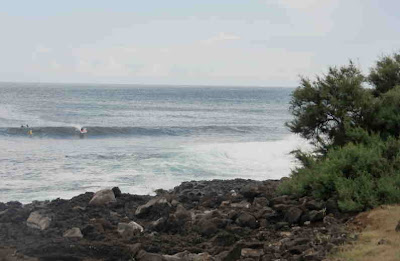 and onto recently reinforced coastal defences 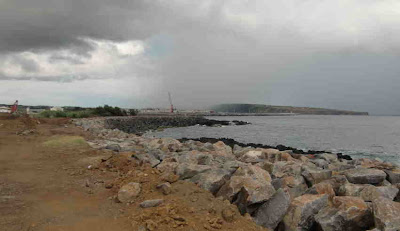 protecting the main oil storage tank farm for the island 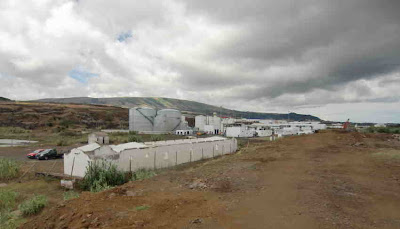 The coast here is very rocky 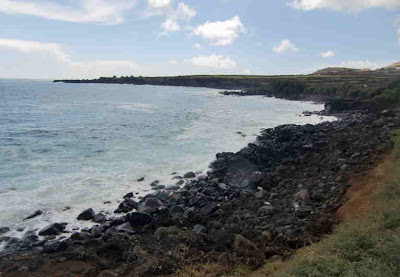 Time for our picnic lunch 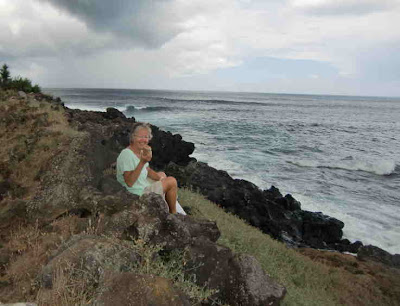 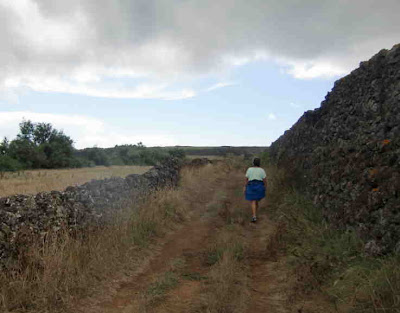 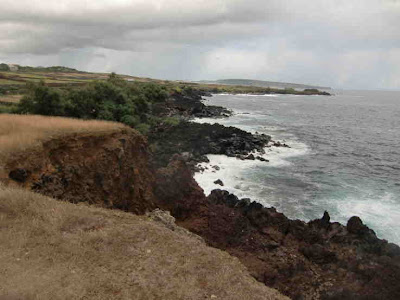 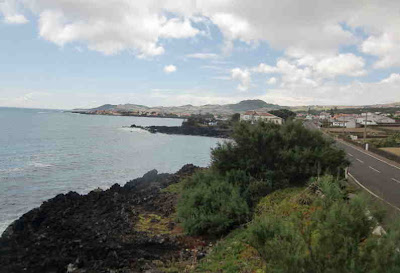 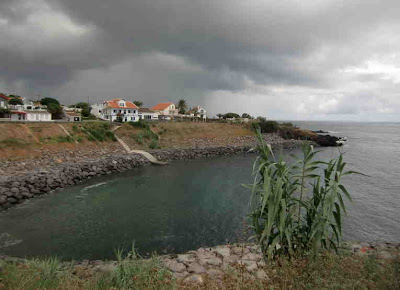 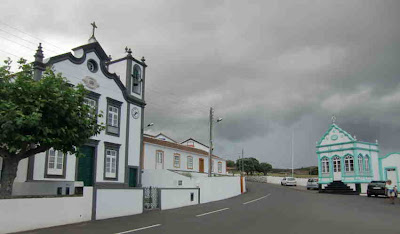 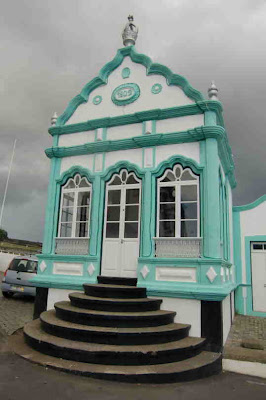 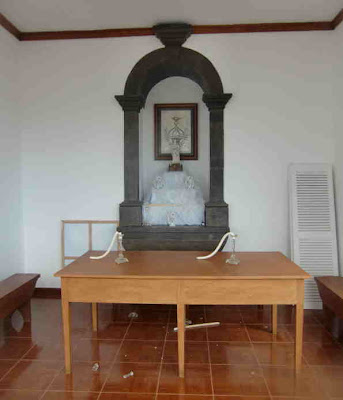 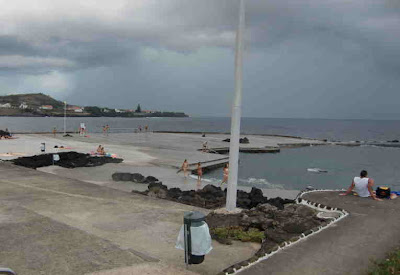 As in Biscoitos, a series of rock pools has been created in Porto Martins with easy access to the sea for swimming - a good solution if there is no sandy beach close by 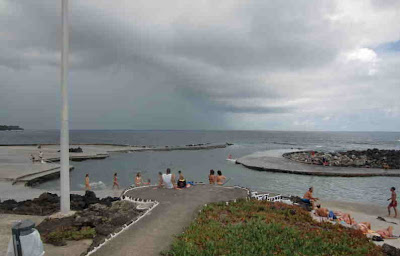 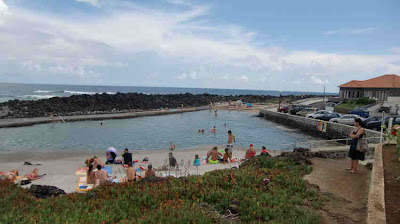