Playing with bulls - Tourada a Corda - has been in Terceira culture for 100's of years - probably since 1581 when bulls are reputed to have been used to help save Terceira from a Spanish invasion at the Battle of Salga.

No Festa on Terceira is complete without a few Touradas a Corda and the current festa is no exception. On 2 August we walked to the nearby village of Juncal in time for their Tourada a Corda. We were kindly invited to watch from behind the safety of the barracaded garden wall of a friendly villager.

At around 1800hrs a rocket was fired signalling that the first bull was released into the street from its steel pen. 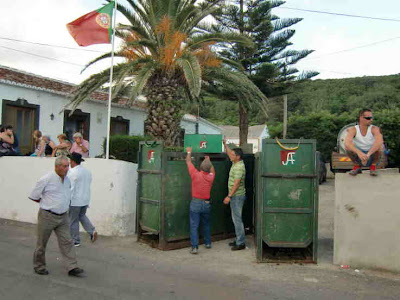 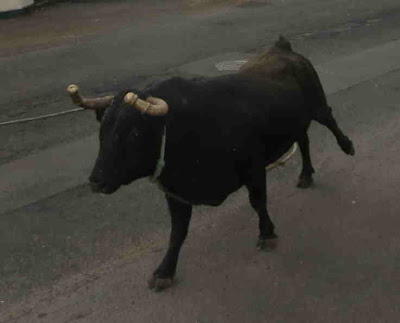 Two groups of five men dressed in their special uniform try to prevent injury by slowing the 400 kg bull down when he gets too close to one of the daredevils baiting him. 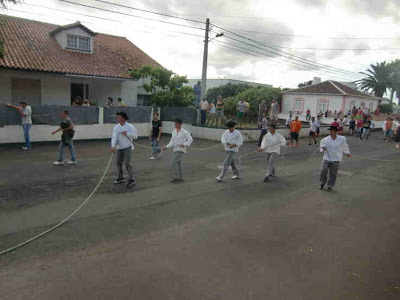 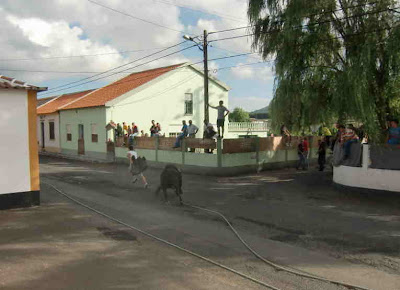 or just run in front of the bull 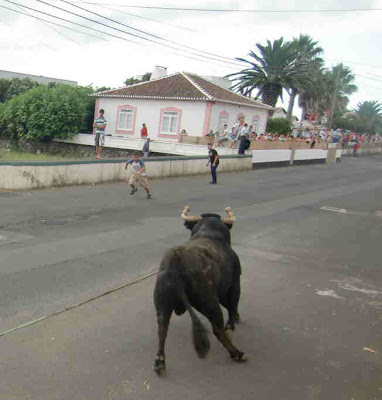 After a predetermined time, the bull is with great difficulty "pursuaded" to return to its pen, the sliding door dropped and another rocket fired to signal the all clear. 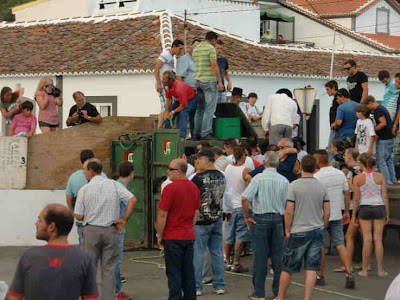 There are usually four bulls released at intervals for the event.

Please click on arrow to start video clip of the highlights: