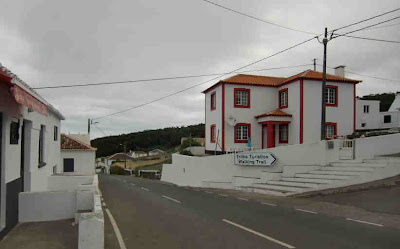 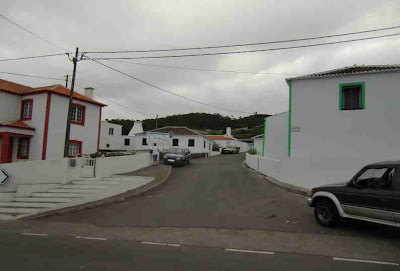 Walked up the Canada da Fonta to the start of the PRC3TER hike. 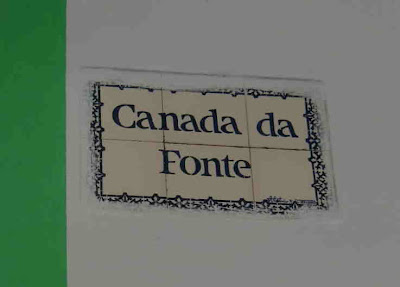 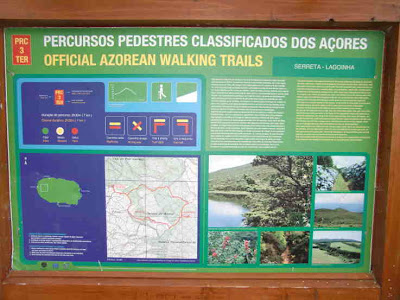 An information board at the the start clearly outlined the route 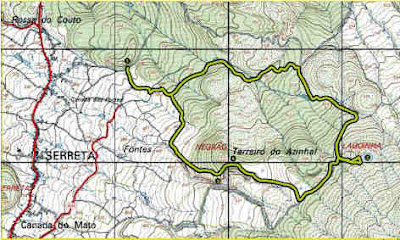 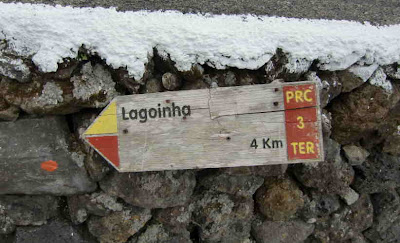 The hike was very varied in scenery and vegetation 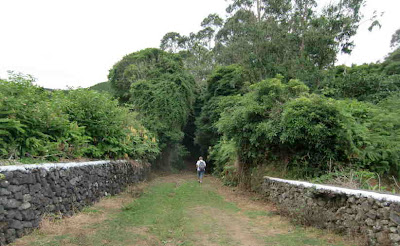 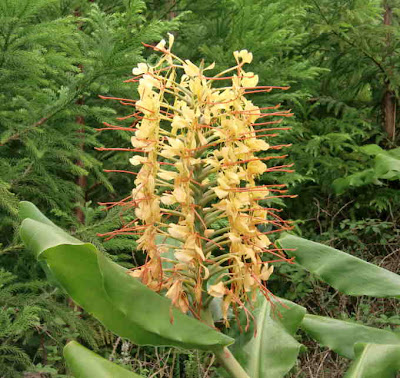 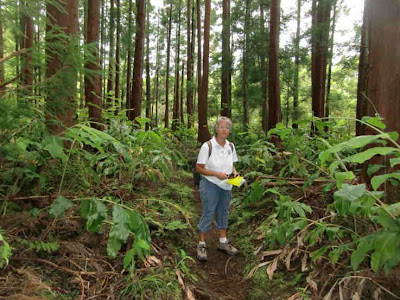 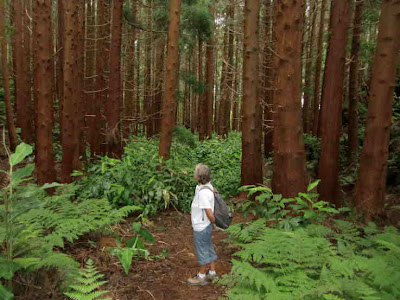 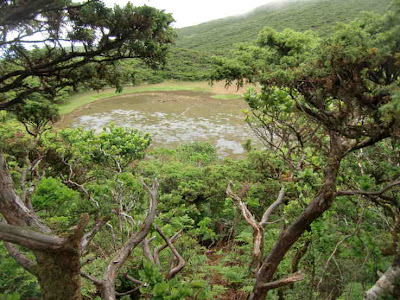 A little further we reached the Trg point, the highest point of the hike at around 800meters 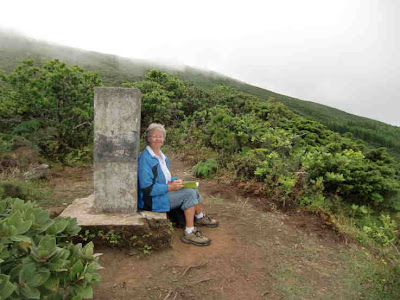 A good place for lunch 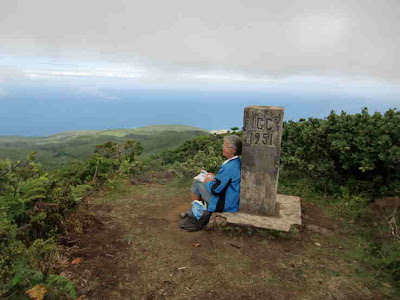 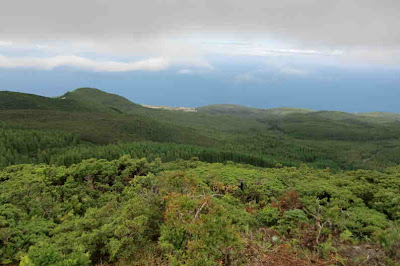 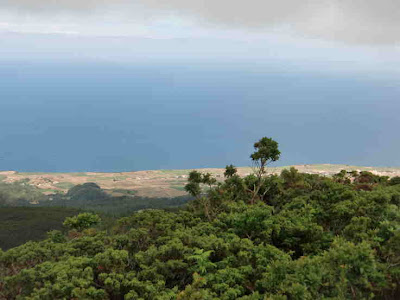 On the way down we passed picturesque pastures lined with Hydrangeas 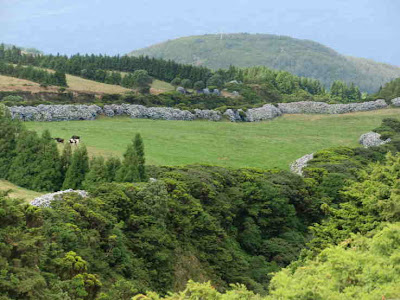 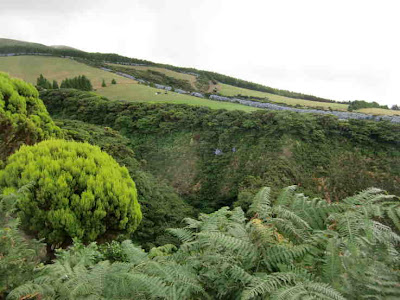 Hydrangeas and cows - almost a symbol of the fertile Azores 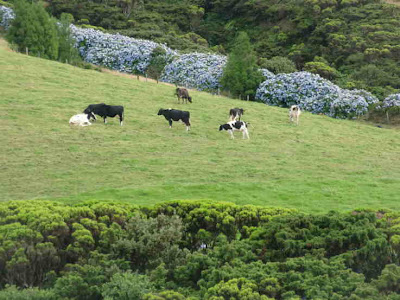 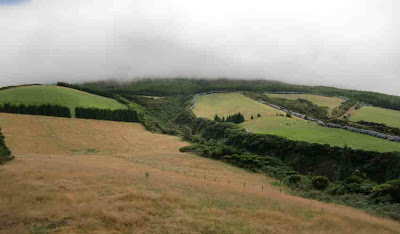 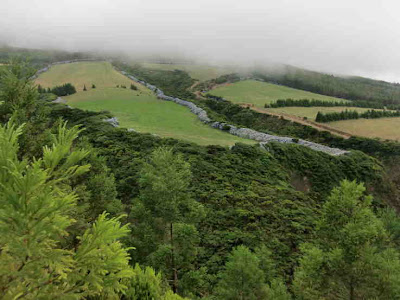 The path continued down a ravine with crumbling pumice sides 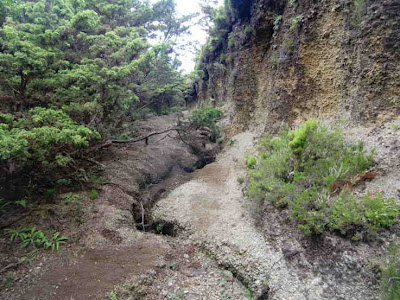 In places on the hike, there were many pieces of black Obsidian scattered on the trail - a natural glass formed when felsic lava is rapidly cooled. 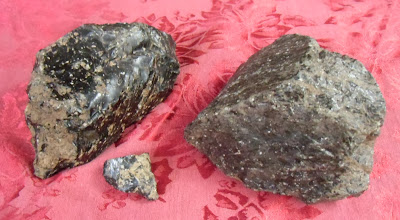 through a hydrangea lined track 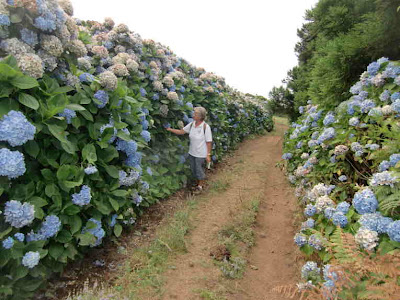 returning once more to Serrata with the neighbouring island of Sao Jorge clearly visible in the background. 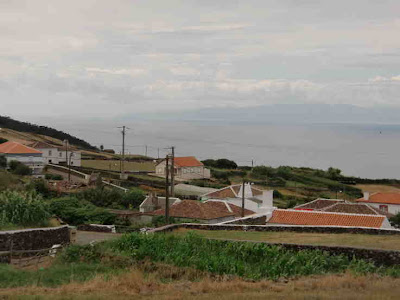 At 1500hrs caught the bus to Angra where we caught the bus to Praia. Jeannette stayed a couple of hours in Angra to do some "winkelen". Her bus to Praia was held up for 15 minutes in a village due to .........? yes , a Tourada a Corda in the street through which the bus had to pass. Terceira must be the only place in the world where playing with bulls has priority over everything else!