1830hrs 6 August Mike made it to the Tourada a Corda of the day, this time close to the Continente supermarket on the outskirts of Praia, which was today's sponsor. The street was more crowded with people than I had seen before at such an event. 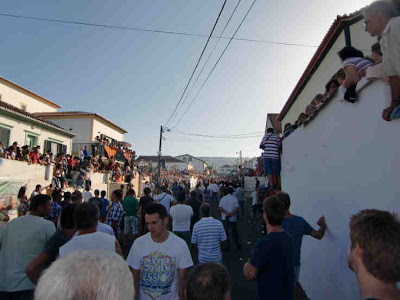 The first bull was already in the street when I arrived so quickly went into a side street out of reach of the bull - not feeling like tempting fate. 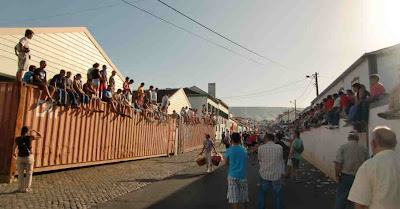 The above row of sturdy containers seemed like a safe observation spot so, after the rocket was fired indicating the all-clear - ie the bull was safely back in its pen, I climbed on top and stayed on the container till the end of the Tourada. 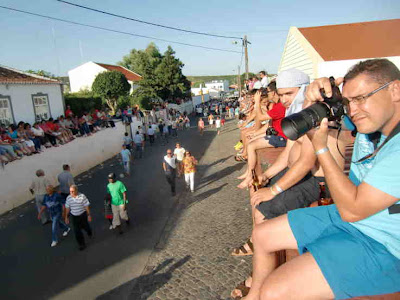 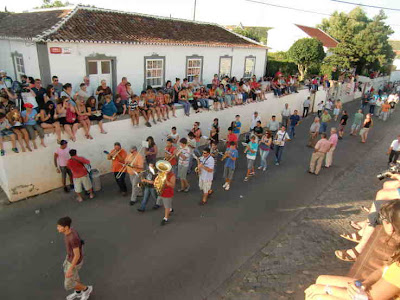 Chatted with a man next to me on the container who had emigrated to Australia from Terceira many years ago. He told me that the bulls used in the Touradas are rented from ranches. The rental price depends on the character of the bull - the more active/ agressive, the better the spectacle, the higher the price. Bulls that have injured people are in great demand - if someone died (happens occassionaly - in fact a man died in Angra last year while we were watching) the price is even higher ! 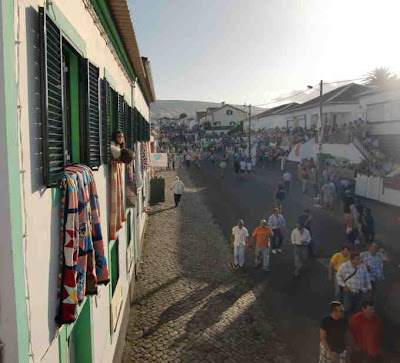 Please click on the arrow to watch the highlights:


While Mike was at the Tourada a Corda, Jeannette was enjoying watching a Yoga demonstration close to the beach 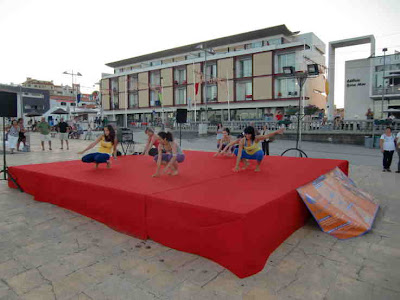 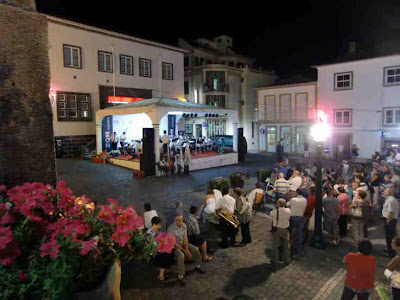